Pregnant women and those trying to become pregnant should avoid alcohol completely until after the baby is born. Despite varying guidelines, there is simply no safe amount of alcohol consumption during pregnancy.1 Drinking alcohol of any kind during pregnancy can cause premature labor, miscarriage, stillbirth, and a range of developmental, physical, mental, and emotional disabilities and disorders in the baby, collectively referred to as fetal alcohol spectrum disorders (FASD).2 If a woman believes she may be pregnant, she should stop drinking and refrain from imbibing throughout her pregnancy.

Is Any Alcohol Safe During Pregnancy?

No alcohol is safe during any trimester of pregnancy, whether that is wine, beer, or spirits. If a pregnant woman consumes a drink with alcohol, it passes through to the fetus just like any other liquids or foods she consumes. Some people mistakenly believe that it’s OK to drink late in pregnancy when the unborn baby is nearly completely formed; however, alcohol exposure has adverse effects on brain development throughout pregnancy.3 Major national medical organizations, including the American College of Obstetricians and Gynecologists, Centers for Disease Control (CDC), Surgeon General, as well as medical societies from other countries including the Society of Obstetricians and Gynecologists of Canada, the U.K.’s National Health Service, and countless others all recommend complete abstinence during pregnancy.1

How Does Alcohol Pass to the Baby?

Alcohol crosses the placenta via the umbilical cord. Not only is the alcohol detrimental for the developing baby, when a pregnant woman drinks heavily, the high blood alcohol concentrations can also interfere with essential nutrients crossing the placenta and getting to the baby.4

After a pregnant woman ingests alcohol, it takes only about 2 hours for the fetus’s blood alcohol level to reach that of the mother.1

Alcohol in any amount remains in the fetus’s system for a longer period than the mother’s system because the fetal alcohol metabolism is slower.1 Thus, if a pregnant woman drinks frequently or in high volumes, the fetus is exposed to alcohol for prolonged periods.

Can Alcohol Cause Birth Defects?

Using alcohol during pregnancy is the leading preventable cause of birth defects. Birth defects are structural changes to the body that are present at birth.5 Alcohol can act as a teratogen, which refers to any agent that causes fetal abnormality during pregnancy.1 The mother’s use of alcohol during any stage of pregnancy is associated with an increased risk of birth defects and developmental problems, collectively referred to as fetal alcohol spectrum disorders (FASDs).1,6

Alcohol’s effect on physical and structural development can manifest in several birth defects, including:2,7

Can Alcohol Cause a Miscarriage?

Alcohol consumption during pregnancy progressively increases the risk of miscarriage, studies suggest. In pregnant women who consumed 5 or fewer drinks per week, for instance, they found that with each additional drink per week there was a 6% increase in miscarriage risk.10

Can an Alcoholic Have a Healthy Baby?

Although it is possible for a woman with an Alcohol Use Disorder (AUD) to have a healthy baby, alcohol use by a woman during her pregnancy almost always negatively impacts the developing fetus. Even low-level alcohol consumption at any stage of pregnancy can result in the baby developing FASDs, which can cause a range of serious birth defects and contribute to cognitive impairment or other developmental disabilities.11 The effects of alcohol may be more powerful in mothers who are older, in poor health, or who smoke or use other substances.11

Just as every pregnancy is different, so too is every developing baby. So equal alcohol exposure before birth may affect one baby more than another—even babies born from the same mother. Furthermore, some symptoms of FASDs, such as intellectual or behavioral issues, may not be apparent until early childhood.12 The extent to which alcohol impacts a developing fetus can depend on several factors, which may include:13

Alcohol and Pregnancy: Facts and Statistics

Some statistics about the prevalence of alcohol consumption during pregnancy may be surprising. In a three-year study—from 2015-2018, pregnant women, ages 12-44 were surveyed about their alcohol and other substance use. Here are some of the findings:14

When looking for alcohol rehab while pregnant ensure the rehab center has the appropriate special accommodations and qualifications to treat addiction in pregnant women. Explore our nationwide rehab centers and amenities below.

Signs That a Pregnant Woman is Drinking

Most women reduce or stop their alcohol consumption as soon as they realize that they are pregnant. Data suggests that upon learning of their pregnancy, most women (85% of the 1,500 surveyed in one study) alter their alcohol consumption, citing the baby’s well-being as the primary reason.16 On the other hand, there are women with AUDs who may continue to drink even after they find out they’re pregnant. These women may exhibit two or more of the criteria for an AUD.

Fearful that disclosing that they drink might result in civil or criminal penalties, many pregnant women who continue to consume alcohol might do one or more of the following:18

How to Talk to a Woman Who is Drinking While Pregnant

Many women who drink while pregnant think the amount they consume is safe. They may live or associate with others who consume similar levels of alcohol and consider it to be “normal.”16 They may be unaware that consuming any amount of any type of alcohol puts the fetus at risk.

If your friend or loved one is pregnant or trying to get pregnant and you are concerned about her drinking, tell her you’re worried and concerned. Be sure to avoid judgement and labels like “alcoholic,” and be compassionate in your delivery. Provide information that you’ve learned—maybe reference material from this article—and encourage her to speak with her doctor or a healthcare provider.19 Pregnancy is often a strong motivator for a woman to change her drinking behavior, and research suggests that even brief behavioral counseling interventions with women who engage in at-risk drinking can reduce the risk of alcohol-exposed pregnancy.11 If additional support is required, encourage your loved one to join a mutual-help group (such as Alcoholics Anonymous) or seek out a treatment program.19

Alcohol dependency and AUD in pregnant women is relatively rare. If medical advice and brief behavioral interventions aren’t successful in controlling alcohol use, it is important for her to receive

specialized counseling and additional medical support to quit drinking. If medical supervision is deemed necessary, treatment may need to take place in an inpatient alcohol rehab, where it can be managed by doctors and nurses, who can monitor both the mother and baby’s health during treatment.20

Tips to Avoid Alcohol While Pregnant

It may be difficult or even dangerous to go “cold turkey” and stop drinking alcohol, especially if you’ve had the habit for a long time or you’re frequently in social situations where people are drinking. Since it’s imperative that you stop drinking as soon as you find out you’re pregnant, you’ll benefit from having a strategy to stay away from alcohol. Consider the following tips:21

Is it Illegal to Drink While Pregnant?

In recent years, several states have passed policies addressing alcohol use in pregnancy. Many of these laws are supportive in nature, meaning they provide information, treatment, and services to pregnant women. There are a handful of states that have passed punitive laws regarding maternal alcohol use during pregnancy. These policies differ in the specifics but include some level of intervention. Some allow for involuntary commitment of pregnant women either to treatment or protective custody in response to her alcohol consumption. Despite the differences, the policies are intended to protect the fetus by restricting the pregnant woman’s actions and conduct.22 There is limited evidence on the impact and effectiveness of punitive policies.23

How Does Alcohol Affect Birth Control?

Alcohol does not reduce the effectiveness of hormonal birth control methods, such as the pill, intrauterine device (IUD), hormonal implant, ring, shot, patch, or emergency contraception. The effects of alcohol consumption and intoxication, however, can cloud a person’s judgement, increase the risk of not using birth control, or lead to ineffective contraceptive use (e.g., skipping your pill at the regular time, which may increase the chances of ovulation and pregnancy).24,25 Among college-aged women, 13% reported binge drinking and using ineffective contraception; 31% reported binge drinking and inconsistent condom use—all factors that could lead to an unplanned pregnancy.24

Can You Drink While Trying to Conceive?

As stated previously, it’s safest to abstain from alcohol during pregnancy—from conception until birth. Currently, there is not enough data to conclusively understand the physiologic effects of alcohol consumption on a woman’s reproductive ability. However, studies indicate that chronic and/or prolonged drinking may lead to changes in ovulation and menstrual cycles.22 In addition, evidence suggests that even moderate drinking may negatively impact the effectiveness of in vitro fertilization (IVF).26

Exposure to alcohol through breast milk, could damage an infant’s development, growth, and sleep patterns.27 While experts recommend abstaining from alcohol while breastfeeding, there is no evidence that moderate drinking (1 drink/day) harms the baby, especially if the mother waits at least 2 hours before nursing. Anything above that may affect the baby, interfere with milk production (which can affect an infant’s sleep patterns as well as early development), and impair the mother’s judgement, making it harder for her to care for the baby.27

It’s important to note that one alcoholic drink can still be detected in breast milk up to 3 hours after consumption. The total amount of time it takes for alcohol to be metabolized and no longer detectable in breast milk depends on a variety of factors, including:27

Pumping or expressing breast milk does not reduce the amount of alcohol in the mother’s milk.27 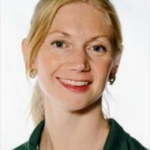 Erica Slaughter
Author
Erica Slaughter has a Master's degree in Exercise Physiology and has served as a research assistant in developing articles for scientific publication … Read More
Read Our Editorial Policy
Related Topics
Related Tags
alcohol
pregnant
Are you covered for addiction treatment? Find your insurance.
Check My Insurance
Do you have insurance?
Don’t wait. Call us now.
Our admissions navigators are available to help 24/7 to discuss treatment.
Get addiction help now (24/7 helpline)We’re here for you every step of the way.