Physical Effects of Alcohol and Risk of Disease

Drinking alcohol is associated with both short-term and long-term health consequences. While short-term issues may last a few hours or days, long-term health consequences may never go away. The more frequently and longer duration an individual consumes alcohol, the greater the likelihood of developing an alcohol-related disease. Since alcohol misuse can have many negative health effects, it is important to understand how alcohol affects the body, how much is too much, and when alcohol becomes a serious problem.

Take our free, 5-minute alcohol abuse self-assessment below if you think you or someone you love might be struggling with alcohol abuse. The evaluation consists of 11 yes or no questions that are intended to be used as an informational tool to assess the severity and probability of an alcohol use disorder. The test is free, confidential, and no personal information is needed to receive the result.

Understanding the Phases of Intoxication

While the full visible effects of alcohol might take some time to surface after an individual consumes alcohol, alcohol begins to impair thinking, reasoning, and muscle coordination quickly. That’s because alcohol is absorbed from the stomach and small intestine into the bloodstream, where it accumulates until it’s metabolized by the liver.4 The rate of absorption depends on several factors, including the amount, concentration, and type of alcohol consumed, the presence of food, the rate of gastric emptying (food moving from stomach to small intestine), gastrointestinal motility (the rate at which food moves from the mouth, through the digestive tract, and out of the body), and blood flow.5

Blood alcohol concentration (BAC) is a measurement of the percentage of alcohol in the bloodstream at a given time.6 For instance, if an individual has a BAC of 0.10%, it means their blood contains one part alcohol for every 1,000 parts blood. Therefore, it’s an individual’s BAC, not the exact amount of alcohol they’ve consumed, that determines the effects the alcohol will have on them.

The following is an overview of the somewhat predictable stages of alcohol intoxication, illustrated by BAC levels, through which an individual may pass as they continue to drink.7

Although BAC is a conclusive measure of the amount of alcohol in one’s body, it can be difficult to put into everyday language what this level means. To help clarify, consider how the BAC translates into the following (estimated) number of drinks for a 160-pound male:8

What Is An Alcohol Use Disorder?

Researchers, psychiatrists, medical clinicians, therapists, and other addiction professionals rely on the Diagnostic and Statistical Manual of Mental Disorders-5 (DSM V) to diagnose mental health disorders. Alcohol misuse (alcohol abuse) can potentially develop into an alcohol use disorder (AUD).  Alcohol use disorder is a medical condition that is defined by the inability to control alcohol consumption despite harmful consequences. In other words, an alcohol use disorder occurs when an individual compulsively misuses alcohol and continues abusing alcohol despite knowing the negative impact it has on their life.

The term “alcoholism”, although commonly still used in everyday language is considered outdated by addiction and health professionals because it carries a negative stigma and bias. . Medical understanding of problematic alcohol consumption has progressed considerably. Today, clinicians understand that the condition is a mental health disorder and treat it as they would diabetes or high blood pressure.

AUD is a diagnosable medical condition that requires a person to meet at least 2 of the 11 DSM criteria. If 2-3 factors are present, the person is considered to have a mild-grade AUD. If 4-5 factors are present, the disorder is graded moderate. If six or more symptoms manifest, the individual is deemed to have a severe AUD. The following is a selected sample of the criteria used in DSM-5 for AUD. In the past year, have you:9

Individuals who are concerned that they may have signs and symptoms associated with an AUD should consider contacting a qualified clinician, therapist, or other addiction specialist so they can make a formal diagnosis and start treatment recommendations. It is important to keep in mind that alcohol use disorder can be treated with effective alcohol rehab services. A diagnosis is an important first step in recovery.

Binge Drinking and Its Side Effects

A person who binge drinks or drinks heavily may or may not have an AUD. According to the Centers for Disease Control and Prevention, binge drinking is defined as excessive drinking—bringing an individual’s BAC to 0.08% or higher—in a confined period. This typically happens when men consume 5 or more drinks in 2 hours, and women drink 4 or more alcoholic beverages in the same time frame. Unfortunately, binge drinking is the most common form of excessive alcohol use in the United States.10 In fact, 44.4% of current alcohol users were classified as binge drinkers, according to the 2020 National Survey on Drug Use and Health.11 Binge drinking has serious short-term and long-term effects.

As BAC increases so do the risks. Binge drinking produces such dramatic increases in BAC that a person can suffer alcohol poisoning, a serious—and sometimes deadly—consequence of drinking high volumes of alcohol in a short period of time even after they stop consuming alcohol. The symptoms associated with alcohol poisoning may include:12

Seek medical attention immediately. Do not wait for symptoms to progress. Someone who is passed out can die from alcohol overdose.12

For individuals who binge drink repeatedly, the repeated behavior can cause long-term, negative health effects. The following are some long-term side effects associated with repeated binge drinking:10,13-15

Find Alcohol Rehab Facilities Near You

Realizing you may need help is the first step towards recovery. Explore treatment centers in locations near you. 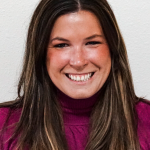 Kristen Fuller, MD
Medical Reviewer
Kristen Fuller, MD, enjoys writing about evidence-based topics in the cutting-edge world of mental health and addiction medicine and contributes to m … Read More
Read Our Editorial Policy
Related Topics
Related Tags
alcohol
Are you covered for addiction treatment? Find your insurance.
Check My Insurance
Do you have insurance?
Don’t wait. Call us now.
Our admissions navigators are available to help 24/7 to discuss treatment.
Get addiction help now (24/7 helpline)We’re here for you every step of the way.