Do I Have a Drinking Problem?

Alcohol Awareness Month is observed in the month of April. As its name suggests, it’s meant to raise awareness about alcohol misuse, to end stigma associated with this type of addiction, and to bring understanding about effective treatments. This can be done by getting informed and reaching out to the public to let everyone know what they can do to support those battling the disease–and to even help their families and friends that are impacted. A drinking problem doesn’t have to remain a problem; help and support are available.

Joy Sutton, host of Sober Thursdays, a new limited series talk show under the American Addiction Centers (AAC) umbrella, had the opportunity to sit down with four current employees of the nationwide leader in addiction treatment.

AAC humbly prides itself on its compassionate professionals. Many sober AAC employees work directly with patients having faced their own struggles with alcohol and/or drug misuse in the past. And it’s this experience in long-term recovery that they are able to bring compassion to the work they do, and more importantly, to the people who are within their care.

The premiere of Sober Thursday included the following panelists:

This courageous and compassionate group of people spoke candidly about their experience with alcohol misuse and the vital work that they do at AAC. The conversation in this week’s episode focuses on the topic of “Do You Have a Drinking Problem: Signs You Shouldn’t Ignore.”

If you’re struggling with an alcohol use disorder, help is available. As a nationwide leader in addiction treatment, AAC provides care in a supportive environment under licensed medical professionals. If you’re battling with addiction, please reach out for help.

Signs of a Drinking Problem

In this transparent interview about the disease of alcoholism, Joy was able to not only discuss personal experiences with the panelists, but she highlights signs to look for in those that may be struggling at home in silence or hidden in the shadows of their own lives.

Phillip, the community affairs director at Greenhouse Treatment Center in Texas, was asked if he thinks most people realize 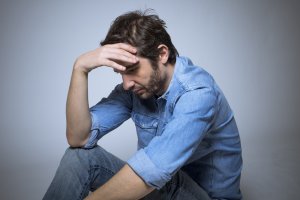 early on that they have a problem. Perhaps his response may surprise others when he thinks about his mindset in the days before he got sober.

“I know that it’s easy to slip up with alcohol. It’s one of those things that’s legal.” When Phillip compared alcohol use to those who engage in illegal drug use, he said, remembering his old mindset, “I’m not like them. If I were like them, maybe I’d get help cause, after all, what I’m doing, is not illegal.”

It’s easy to see how individuals battling alcohol misuse can potentially see themselves as not having a problem since what they are addicted to is easily accessible at restaurants, a local grocery, or at a convenience store.

Admissions Development Representative Bryce Morrow had a similar mindset. “…I was just doing it [drinking alcohol] on a daily basis… I wasn’t going to get in trouble because it’s legal.”

But it got to a point where the drinking was becoming an “issue” in Bryce’s life. And he realized he didn’t care about getting into trouble. He started to get an inkling that he had a problem, but at the time, he just didn’t care.

It’s estimated that 18 million American adults struggle with an alcohol use disorder. The disease can vary from mild to severe, which depends on the symptoms an individual experiences. Severe alcohol use disorder is often referred to as “alcoholism.”

To learn more about alcohol misuse and to be inspired by the authentic stories shared by the panelists, including Karla Dayhoff and Nikki McCabe, watch the premiere of Sober Thursdays in its entirety. And if you find yourself battling an alcohol addiction, please reach out for the help that you need today.

Nitara Osbourne
Author
Nitara Osbourne, M.Ed., is an award-winning writer and Content Specialist at American Addiction Centers.
Read Our Editorial Policy
Recent Posts
Related Tags
alcohol use disorder
alcoholism
Don’t wait. Call us now.
Our admissions navigators are available to help 24/7 to discuss treatment.
Prefer texting to talking on the phone? We’ve got you covered 24/7.
Instead, sign up for text support to receive: