The dominoes continue to fall for opioid makers and distributors. On June 10th, Insys Therapeutics filed for Chapter 11 bankruptcy protection. It is the first opioid manufacturer to do so. The bankruptcy comes just five days after the Phoenix-based drugmaker agreed to pay a $225 million settlement to the federal government over allegations that it had engaged in illegal practices to market its highly addictive fentanyl-based painkiller Subsys.

In the months leading up to the bankruptcy, Insys had been embroiled in an ongoing criminal suit over the allegations. Federal prosecutors accused the company’s top executives of bribing doctors to prescribe Subsys with “perks,” such as lucrative payments for fake educational talks and even lap dances in some cases. The executives were also charged with misleading insurance companies to approve the drug for patients who didn’t need it. 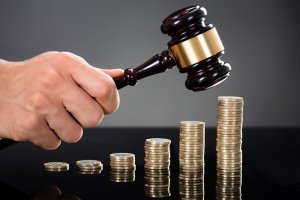 The company’s founder, John Kapoor, and four other former executives were found guilty of racketeering by a jury in Boston last month—also a first. Sentencing for Kapoor and his colleagues will take place in September.

According to the New York Times, the $225 million settlement included $2 million in fines and $28 million in asset forfeiture in connection with five counts of mail fraud. The remaining $195 million was to settle allegations that the company violated the federal False Claims Act, which involves defrauding the federal government through drug sales to health care programs like Medicare.

Insys is Just One of Many Opioid Companies in Legal Trouble

Insys’s legal woes place it among a cadre of opioid companies facing similar issues. In April, two former executives of the pharmaceutical distributor Rochester Drug Cooperative were charged with drug trafficking and defrauding the DEA. That same month, McKesson Corporation, the largest pharmaceutical distributor in the U.S., reached a $37 million settlement with the state of West Virginia.

And in March, Purdue Pharma, makers of the addictive opioid OxyContin, reached an even larger settlement with the state of Oklahoma—for an eye-popping $270 million. For Purdue, the settlement was just one of many legal issues the company has faced dating all the way back to 2007 (for a deeper dive into the legal troubles plaguing Purdue and its owners, the Sackler family, read our blog post here).

Hundreds of lawsuits in total have been filed against drug companies by numerous state and local governments, including the states of Florida, Nevada, North Carolina, North Dakota, Texas, and Tennessee, as well as cities such as New York, Philadelphia, and Chicago.

An Industry Gets Its Comeuppance 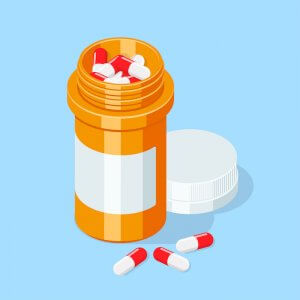 Collectively, these lawsuits signal that governments at all levels are finally willing to hold pharmaceutical companies to account for their role in the opioid epidemic. With over 700,000 lives lost to drug overdoses in the U.S. since 1999, including over 70,000 in 2017 alone, the epidemic is arguably the worst health crisis the country has ever faced.

In the wake of the Insys guilty verdicts, Richard C. Ausness, a law professor at the University of Kentucky who has been tracking opioid cases, told the New York Times that it “could be the tip of the iceberg as far as drug company misconduct is concerned.” If the Insys bankruptcy is any indication, Ausness’s prediction might just come to pass.