With the election right around the corner, there are only a small handful of key issues that seem to be on everyone’s minds: COVID-19, the economy, health care, the Supreme Court, but relatively few others. One important issue that’s gotten overlooked, however, is the opioid epidemic.

Though it hasn’t been in the news recently, the epidemic is still ravaging large swaths of the country. After a slight dip in drug overdose deaths in the U.S. in 2018—the first such reduction in over two decades—the number shot up again in 2019 to over 70,000. The opioid epidemic costed the U.S. economy trillions of dollars in recent years. That’s why it’s worth taking a look at Joe Biden and Donald Trump’s opioid policies and records ahead of the election. 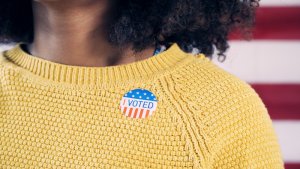 Joe Biden’s plan to end the opioid crisis is ambitious. The cornerstone of his plan is making sure more people have access to high-quality affordable health insurance. In essence, that boils down to protecting and building upon the Affordable Care Act (ACA), better known as Obamacare, which was passed while he was vice president. Additionally, he has committed to a $125 federal investment to make effective prevention, treatment, and recovery services available to all. Overall, Biden’s plan is quite extensive has many more provisions. You can view more details here.

However, Biden’s present-day plans belie a mixed record on his drug policies. In the 80s, 90s, and early 2000s, Biden supported legislation that set criminal punishments for those using drugs like crack, ecstasy, and MDMA. Moreover, under his and President Obama’s watch, the number of yearly deaths from drug overdoses nearly doubled.

On the other hand, Biden was instrumental in the passage of the ACA, which gave millions of people access to health insurance through its markets and Medicaid expansion. Significantly, it also expanded mental health and substance use disorder benefits and federal parity protections.

Throughout his tenure as president, Donald Trump has certainly paid some mind to the opioid epidemic. Early on in his presidency, he declared the epidemic a national emergency and signed an executive order establishing the President’s Commission on Opioids. As a result of the commission’s recommendations, Trump scored several successes such as securing $4.6 billion in funding over two years from Congress to fight the opioid crisis and increasing the number of patients receiving buprenorphine, a proven medical treatment for opioid addiction. Trump also signed the SUPPORT Act into law, landmark bipartisan legislation passed by Congress in 2018 that included $8 billion in funding over five years and a host of other provisions.

However, much like his predecessor, Trump’s record on the epidemic is mixed. According to the Government Accountability Office, a federal government watchdog, many of his policies were ultimately ineffective. This includes the proposed border wall, which he insists would stop the flow of illegal drugs from Latin America, a claim viewed dubiously by many criminal justice experts. In spite of his efforts, the epidemic has continued to grow under Trump’s watch.

Perhaps most significantly, Trump oversaw Republicans’ attempt in 2017 to overturn the ACA, which would have taken health insurance away from millions of people and rolled back requirements that health insurers cover mental health and substance use disorder treatment. Regarding future plans to fight the epidemic, Trump’s campaign website doesn’t mention any. 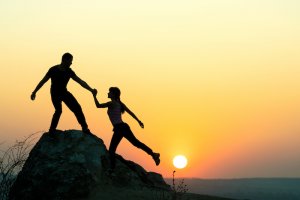 However the election shakes out, one thing is clear: whoever wins is going to need to dedicate many more resources and exhibit clear and effective leadership if they are going to tackle the most significant health crisis the U.S. has ever faced. In the meantime, there are steps you can take to increase awareness of the opioid epidemic. The Surgeon General recommends individuals carry and train to administer Naloxone, a life-saving opioid reversal drug. Above all, familiarize yourself with what government initiatives you feel can address the epidemic, and remember those initiatives on election day.

Share
About The Contributor
Kevin Schwartzbach
Author
Kevin Schwartzbach is a freelance writer and the editor-in-chief of Noticed.co, a marketing and branding startup. Kevin enjoys writing about everythi … Read More
Read Our Editorial Policy
Recent Posts
Related Tags
election
opioids
president
Don’t wait. Call us now.
Our admissions navigators are available to help 24/7 to discuss treatment.
Prefer texting to talking on the phone? We’ve got you covered 24/7.
Instead, sign up for text support to receive: