How Addictive is Cocaine? Cocaine Addiction vs Dependence 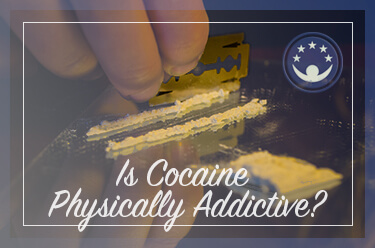 The current medical understanding of addiction involves changes to the structure of the reward system in the brain, leading to compulsive pursuit and ingestion of intoxicating substances.

People who struggle with addiction usually develop physical dependence on a drug in addition to mental changes. Dependence involves changes to how neurotransmitters are released by the brain. Once a drug releases more serotonin, dopamine, or other combinations of neurotransmitters, the brain is less likely to continue this release process on its own and will begin to need the presence of the drug to reach equilibrium.

Cocaine dependence is a neurological disorder that occurs when withdrawal symptoms manifest after stopping use of the drug.

When a person has developed a dependence – or physical addiction – on a drug, they are likely to experience withdrawal symptoms when they stop taking it. Some prescription medicines, like benzodiazepines or some antidepressants, can cause physical dependence without the person being addicted to the drug. This means that they do not compulsively seek out the substance, but they may experience withdrawal symptoms if they stop taking their prescription suddenly without a doctor’s help creating a taper.

Effects of Cocaine Use

Physical addiction includes withdrawal symptoms and compulsively taking the drug to feel normal. With cocaine, people who abuse the drug may strongly desire the physical effects, not just the mental effects, of the stimulant. They may enjoy the increased energy, higher self-esteem, sense of accomplishment, or even the suppressed appetite (leading to rapid weight loss) that the drug causes. However, as a person enters into binge cycles with cocaine abuse, they are more likely to also suffer serious, dangerous side effects, including damage to the cardiovascular system, paranoia and delusions, and damage to the nose, mouth, throat, and upper respiratory system.

Why is Cocaine Addictive? 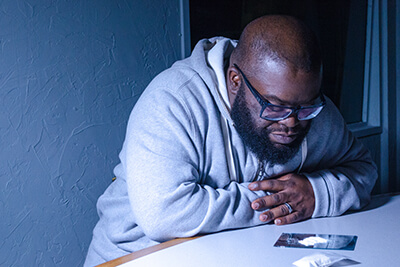 Cocaine is one of the most potent stimulants available, and it is highly addictive. It affects neurochemistry through the brain’s reward pathway immediately, so taking it even once can trigger addiction in many people.

The drug prevents dopamine, a neurotransmitter associated with elevated mood, pleasure, and excitement, from being reabsorbed, so instead, it lingers in the brain, causing intense euphoria. Once cocaine begins to wear off and dopamine is absorbed, the brain is too exhausted to make more dopamine without help; this leads to depression, exhaustion, mood swings, and other early withdrawal symptoms. To avoid these feelings, the person may immediately take another dose of cocaine in a process is called reinforcement.

Not only does cocaine change how neurotransmitters are released, but a study found that cocaine addiction actually changes a person’s genetics, and this could lead to physical addiction. The drug activates genes that code for the protein delta-FosB; this protein, in turn, activates production of GluR2, a component of glutamate receptors, and these bind to the neurotransmitter glutamate. An increase in the ability to bind to glutamate intensifies a person’s sensitivity to cocaine’s rewarding effects, which is a physical change leading to reinforcement for taking the drug.

Most of the withdrawal symptoms associated with cocaine addiction are mental and emotional, but the body can strongly crave the drug to regulate resulting depression, fatigue, anhedonia, and other symptoms. This can lead to relapse.

Treatment for cocaine dependence usually involves drug detox as a first step. During drug detox, medical professionals will supervise patients and help them overcome the uncomfortable symptoms associated with withdrawal. From there, patients usually enter and inpatient or residential rehab program in order to attend therapy and learn strategies to attain long-term recovery.

It can be challenging to understand exactly how to stop using cocaine, or help someone else who is struggling with cocaine use. Luckily, there are multiple forms of treatment for those who use cocaine that can’t seem to quit their substance abuse habit. If you or a loved one are struggling with cocaine abuse, reach out to American Addiction Centers.

Editorial Staff
Author
The editorial staff of American Addiction Centers is made up of credentialed clinical reviewers with hands-on experience in or expert knowledge of ad … Read More
Read Our Editorial Policy
Related Topics
Related Tags
cocaine
Are you covered for addiction treatment? Find your insurance.
Check My Insurance
Do you have insurance?
Don’t wait. Call us now.
Our admissions navigators are available to help 24/7 to discuss treatment.
Get addiction help now (24/7 helpline)We’re here for you every step of the way.