MDMA (3, 4-methylenedioxymethamphetamine) goes by a number of different street names, including Molly, ecstasy, and XTC. MDMA is a synthetic drug that has stimulant and hallucinogenic properties. The drug was initially used in the treatment of a number of psychological issues, and there is still ongoing research investigating its potential utility in this context, but the drug is currently not used medicinally. 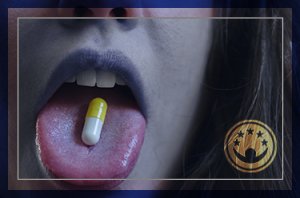 MDMA became a popular rave or club drug with younger people due to its reputation as a drug that can enhance sociability, empathy, and feelings of euphoria as well as its hallucinogenic properties. These effects have been substantiated by a number of research studies, including a 2014 article in the journal Psychopharmacology. MDMA’s abuse reached its peak in the late 1990s and early 2000s.

The National Institute on Drug Abuse (NIDA) reports that initially the powder and tablet forms of MDMA were 30-40 percent MDMA, and the rest of the substance consisted of cutting agents, such as lactose, to increase profits for dealers. NIDA reports that substances being sold as MDMA currently are probably even less pure, and a number of other drugs are now often substituted for the MDMA in the drug, such as bath salts (synthetic cathinones), methamphetamine (crystal meth), cocaine, ketamine, the synthetic hallucinogenic para-methoxyamphetamine, and over-the-counter medications.

Today, use of the drug has significantly decreased since its peak use in the 1990s and early 2000s; however, it is still a significant and dangerous drug of abuse in either its diluted or purer forms.

Molly’s mechanism of action is primarily focused on three neurotransmitters:

The United States Drug Enforcement Administration (DEA) lists MDMA as a Schedule I controlled substance, indicating that it is believed to have no use for medicinal purposes, and it is a drug that has an extremely high potential to be abused and produce physical dependence.

The Basics of MDMA

NIDA reports on some of the other short-term and long-term effects of MDMA use. These include:

The American Psychiatric Association (APA) and other professional organizations still use the terms addiction and abuse in their discussions of addictive behaviors; however, in terms of the formal diagnosis of addictive behaviors to drugs, the term substance use disorder has replaced these terms. This is because research studies and the experiences of clinicians agree that the terms substance abuse and addiction do not described mutually exclusive conditions. Instead, addictive behaviors occur on a continuum from use to abuse to the development of a formal psychological disorder.

The use of Molly results in a number of other nonclinical signs and symptoms that may be indicative that the individual is developing an issue with abuse of the drug. Some of these include:

The group at the greatest risk to abuse MDMA includes those 16-24 years old. Treating adolescents and young adults with substance use disorders is a delicate matter, and it is suggested that treatment providers for these individuals have special training in dealing with the issues that occur in this group.

The treatment approach generally consists of various components, outlined below.

Editorial Staff
Author
The editorial staff of American Addiction Centers is made up of credentialed clinical reviewers with hands-on experience in or expert knowledge of ad … Read More
Read Our Editorial Policy
Related Topics
Related Tags
club drugs
ecstasy
Don’t wait. Call us now.
Our admissions navigators are available to help 24/7 to discuss treatment.
Why call us?
Get addiction help now (24/7 helpline)We’re here for you every step of the way.