How Do Eastern Religions Deal with Substance Abuse and Treatment? 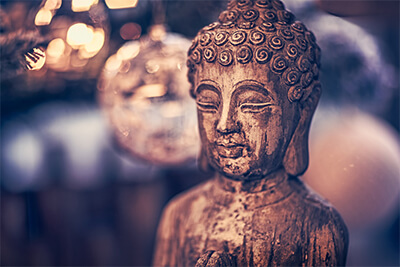 The successful treatment of a substance use disorder involves a multidimensional approach that can include the use of medications, therapy, peer support groups, family support, and other interventions. Although many different religions and schools of philosophy have different conceptualizations of the cause and resolution of issues with substance abuse, the overall effectiveness of the treatment for substance abuse typically follows a set of established principles.

One of the major principles in successfully addressing substance abuse issues is to ensure that the treatment approach is personalized to suit the needs of the individual. This personalization of the treatment plan would include consideration of the individual’s cultural and spiritual beliefs. Treatment providers should endeavor to understand the effect of culture and religious beliefs on their clients’ ability to successfully participate in a recovery program.

Several of the major religions in the Eastern part of the world, but not all of them, have conducive belief systems for individuals in recovery. As it turns out, many of the therapeutic approaches to the treatment of substance abuse are suited to these belief systems. These major unifying principles include:

When applying Eastern religious beliefs to substance abuse treatment, treatment providers attempt to understand how the person’s belief system reflects the above principles.

These are profound questions indeed, but many Eastern religions have very specific tenets that can direct individuals with substance abuse issues during their recovery. Although any abbreviated description of a major philosophical or religious belief will be flawed in some manner, several of the major Eastern religions are discussed below. Some of the sources that were used include the books Ethnocultural Factors in Substance Abuse Treatment, Handbook of Religion and Mental Health, The American Psychiatric Publishing Textbook of Substance Abuse Treatment, and Handbook of Religion and Health.

Confucianism or Ruism is a system of ethics and religion devised by Confucius (K’ung Fu-tzu) in the 6th century BC. Confucius was able to systematize all of the elements of Chinese philosophy at that time, and his teachings were later compiled by his disciples. It is estimated that there are approximately 6 million individuals who practice Confucianism in the world today, most of them in the Far East.

Confucianism emphasizes knowledge and education as a means of attaining status. Applying psychoeducation to understand addictive behavior would be one of the approaches that would be consistent with a person who practices Confucianism. Understanding the potential triggers for substance abuse and methods to deal with relapse prevention, and then practicing these, would help an individual develop confidence and reshape their spirituality.

The use of the classic texts from Confucianism has been applied to some rehab centers in the East. The approach used in these rehab centers involves advocating respect, humbleness, frugality, and self-control.

Buddhism is a century-old Eastern practice that is widespread across the world today with over 375 million followers. Moreover, contemporary Western psychotherapy has adopted many principles from Buddhism, including Zen Buddhism, for use in substance use disorder recovery programs. The most well-known of these is the concept of mindfulness.

Buddhism incorporates both religious and philosophical approaches; however, Buddhists address issues of moral concerns, spirituality, and even an afterlife without a major focus on a deity. Buddhists attempt to focus on their minds and their suffering.

Buddhism embraces four noble truths that are generally described as being:

Giving in to one’s desires or cravings leads to a self-destructive path, whereas understanding oneself and eliminating desire and cravings leads to truth. The notions of meditation, mindfulness (being aware of what is going on in the moment), and intensive discipline form the backbone of most of the sects of Buddhism.

The approach to understanding oneself through the four noble truths includes the following:

Thus, substance use disorder therapy and 12-Step programs are generally consistent with the approach used by Buddhism to achieve self-knowledge and enlightenment, although many hardcore 12-Step program supporters might emphasize that the notion of spirituality is not the same as the notion of God. In general, most 12-Step groups allow individuals to conceive a higher power or spiritual guidance in their own terms. People uncomfortable with the notion of spirituality or God may be uncomfortable with the Buddhist approach, and very often, these individuals are encouraged to substitute some other construct, such as knowledge or morality, for the notion of a higher power.

Hinduism is one of the oldest religions in the world with nearly 1 billion followers, the majority of whom come from India. Hindus will generally believe in one Supreme Being with multiple deities associated with that being and in the notion of reincarnation based on how a person lived in a previous life (karma).

In general, Hinduism disapproves of the use of drugs or alcohol, although in some Hindu sects, cannabis products are used to promote spiritual experiences through the use of an intoxicating drink called Soma (not the muscle relaxant). However, since the major focus of Hinduism is to achieve spiritual enlightenment and move forward to the process of reincarnation, most sects do not endorse the use of alcohol or drugs.

Hinduism may involve the use of meditation, yoga, or other techniques to sharpen the spirit, mind, and body of the practitioner. The major belief is that the entire universe is connected, that one should have a daily relationship with God, and that one should take responsibility for their behavior as their first intention. Thus, the use of self-control and meditation can be used to an advantage for Hindus who are in recovery from some type of substance abuse problem.

Hinduism also endorses a holistic approach to health and wellness. This type of holistic approach, treating all of the needs of the person, is now one of the major focuses in addiction treatment.

All of these methods have applications in the treatment of substance abuse. It should be noted that Hinduism concentrates on the use of meditation, prayer, and self-discipline as an approach to recovery as opposed to psychotherapy or medication.

The goal of treatment providers would be to integrate these principles and use therapeutic techniques that are consistent with the individual’s belief system. Counseling approaches that focus on community, holistic treatment, and self-knowledge would be preferable (e.g., family therapy, group therapies, and peer support groups) to individual therapy in many cases. Using physicians from the same faith to treat individuals with medications for withdrawal symptoms and other issues that are associated with substance abuse would also be preferable over those from different religious orientations.

Shinto (the way of the gods) is the committed expression of ancient Japanese culture. Of the approximately 120 million followers of this religion, the majority are in Japan.

Shinto assigns divine status to famous people, forces of nature, or even animals. These divinities are referred to as kamis. There is no concept of heaven, and although the kami are generally believed to be good, some may not be. Prayers are often offered to them for various reasons, such as rain, success, or having governmental leaders make good decisions.

Substance abuse treatment in this context should emphasize community goals over individual goals, the maintenance of actions that are good for the family and community, and the need for self-discipline and the understanding of human suffering. Some of the philosophical tenets of Taoism may also be applicable to individuals who practice Shinto.

There are approximately 12 million practitioners of Taoism in the world, most of them in China. It is one of the three major philosophical teachings in China that also include Buddhism and Confucianism.

Taoism is believed to have started in the late 4th century BC by the philosopher Laozi. Tao means “the way,” and its central value is the achievement of a state of naturalness by freeing oneself from desire, selfish thinking, and self-centered behaviors by embracing the simplicity of life.

Taoism is often associated with martial arts in China and the practice of rigorous physical exercise to achieve self-discipline. The major goal of Taoism is to live with compassion and balance in life and reject intolerance. Bad deeds, including addictive behaviors, lead to illness and imbalance.

One can only learn the tenets of Taoism by studying with a master, and this belief can be capitalized on in the treatment of substance abuse by using treatment providers (e.g., physicians and therapists as sort of “masters” of recovery). There is a long tradition of attempting to achieve self-mastery by studying under others in Taoism, and individuals committed to this belief can readily adapt by getting a sponsor in a 12-Step group. Other facets of traditional treatment can be adapted as long as the treatment remains consistent with the spiritual beliefs of the individual.

Because of its focus, Taoism is very amenable to the notion of becoming aware of one’s own triggers for addictive behavior, breaking those associations, and retraining oneself to overcome one’s issue with substance abuse. Emphasizing a rigorous spiritual and physical approach to addressing issues in recovery would be consistent with the belief system of Taoism.

Islam is one of the major religions of the world with about 1.5 billion practitioners. At one time, it was primarily practiced in the Middle East and Far East, but the religion has spread worldwide.

Use of drugs or alcohol is forbidden in Islam, and addiction is often viewed as a sin. The purpose of life is to live in a way that is pleasing to Allah and in turn earn his forgiveness and entrance into the afterlife.

Because of its strict adherence to the tenants in the Koran, it is preferable that treatment providers should be of the same faith and physicians be of the same gender as the client, particularly when they do physical examinations. The use of acceptance, repentance, and returning to the right path as opposed to damnation of people in recovery is essential in addressing substance abuse issues in Islamic clients. Getting involvement from religious leaders, family, and the community is also paramount to helping the person achieve success in recovery.

The key to understanding how different Eastern religions view and address issues with substance abuse is to concentrate on the principles discussed at the very beginning of this article. Therapists and other treatment providers who are working with clients from different religious faiths should have a thorough working knowledge of each individual’s belief system in order to apply the principles to that client.

In some cases, such as with Islamic clients, it is almost crucial that providers be of the same faith in order for success to be achieved. Very often, individuals from specific faiths who live in different cultures may have high levels of acculturation that allow them to interact with individuals of different faiths; however, it is extremely important that treatment providers at least have a working knowledge and understanding of the particular belief system in order to implement a successful recovery program.