Are There Islam-Based Addiction Treatment Options? 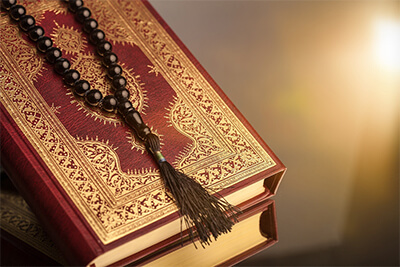 Substance Use in the Muslim Community

Because of the cultural difficulties with obtaining survey data from individuals with strong Islamic convictions, there is little reliable data on the prevalence of substance abuse in individuals who describe themselves as Muslim. Most of the data comes from clinical samples (sample participants that are in hospitals or other treatment centers).

Best-guess estimates suggest that overall substance abuse rates of individuals in Muslim communities are typically reported as being lower than for individuals in other religions, with a few countries showing a little more variance. For example, alcohol use is often lowest among Muslims than any other religion. However, due to the severe restrictions on substance use that is part of the Islamic doctrine, these reports may not be reliable. Moreover, other substances that are not viewed as prohibited, such as khat, may have higher use rates than traditional drugs of abuse and alcohol in these populations.

The research does suggest that drug and alcohol use among individuals identifying as Muslim is far lower in those who have stronger commitments to their faith than those who do not. In addition, there may be a geographical variation in substance use and Muslims. For instance, higher rates of past-year alcohol use are reported by college students who describe themselves as Muslims in the United States compared to those in other countries. Thus, actual prevalence rates of substance abuse among individuals describing themselves as Muslims are most likely lower than in the general population, but reliable estimates are not available.

Factors That Increase the Risk of Substance Abuse

The major risk factors that appear to contribute to an increased risk of substance abuse among Muslims are their level of acculturation in a particular area (e.g., the United States) and their commitment to Islam. The greater the level of acculturation (identifying with the predominant culture in the area where the individual lives as opposed to their own traditional cultural norms) and the lower the level of commitment to their religious beliefs, the higher the likelihood of substance abuse.

It is generally considered that tobacco and alcohol are the major substances of abuse among individuals who identify as Muslims, particularly males. There may also be increased rates of prescription drug abuse in this population, but again, reliable data does not appear to be available.

The formal treatment of any substance use disorder will attempt to follow empirically validated approaches. The use of medications, therapy, and support group participation are all considered to be important components of substance use disorder treatment in all individuals; however, it is also considered crucial to adjust the overall approach to fit the needs of the individual. This personalized adjustment includes understanding the cultural background of the individual who is seeking treatment and adjusting the program to fit the person’s needs.

One of the findings in the research literature is that treatment is equally effective for individuals who voluntarily enter treatment and those who are coerced or forced to enter treatment. There is much individual variation in how individuals who are forced into treatment respond, and whether or not these individuals experience more difficulty in recovery. Because of the strong prohibition on substance abuse in Islam, it may very well be that Muslims will not voluntarily seek professional treatment due to the stigma associated with substance abuse in this group. Instead, they may be “forced” into seeking help by family members, friends, employers, or even the legal system.

Finding Substance Abuse Treatment Near You 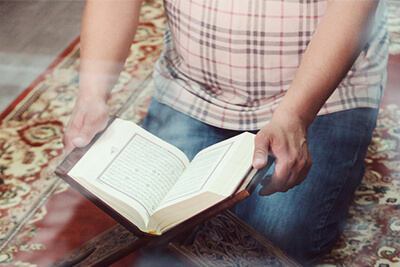 Treatment providers need to understand the characteristics of the person in treatment before they finalize the treatment plan for that individual. One of the first principles of treating individuals for substance abuse with a commitment to Islam is that the treatment should be extremely private. It is important that their confidentiality be strictly maintained and disclosures regarding the person’s participation in treatment only be made with the permission of the person and their family members.

According to Counseling Muslims: Handbook of Mental Health Issues and Interventions and the Handbook of Arab American Psychology, there are certain considerations that should be made when Muslim individuals seek addiction treatment.

Abstinence should be the goal for recovery in substance use disorder treatment. This is consistent with the tenants of Islam and will often be accepted by clients who are in treatment for substance abuse problems.

It is important to include a significant psychoeducational component to the program in order to ensure that the client understands that even though they are on a positive road to recovery, the potential for relapse can still be high. Helping them to commit to their philosophical beliefs and adjust these to recovery is crucial.