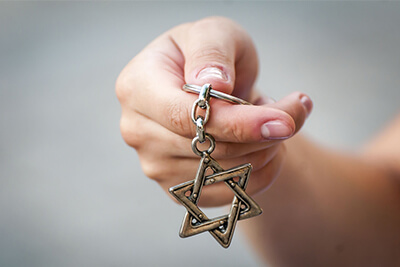 Approximately 14 million people practice Judaism worldwide. Jewish people believe that there is only one God who created the universe and that God is in control of the universe (monotheism). God is spiritual, not physical.

The Foundation of Judaism

The foundation of Judaism is the Torah, sometimes referred to as the Pentateuch or as the Five Books of Moses. The Torah includes the books of Genesis, Exodus, Leviticus, Numbers, and Deuteronomy, which are the first five books of the Old Testament in the Christian Bible.

The totality of the ordinances and practices that have evolved since biblical times to regulate the conduct of the Jewish people has been interpreted differently by different sects of Judaism, but in general, Judaism is considered to be the forerunner of Christianity. However, Jewish people do not accept the Christian notion that Jesus Christ was the son of God and that God is three separate beings (the Trinity). For practitioners of Judaism, their major concern is how a person lives out God’s laws as stated in the scriptures.

Interestingly, some practicing Jews believe that people of their faith cannot be affected by addiction. Even though alcoholic beverages such as wine are part of Jewish rituals, the community generally stigmatizes addictive behaviors, particularly Orthodox Jews who separate themselves from others and follow very strict traditional Jewish values.

Nonetheless, research studies indicate that nearly 20 percent of individuals of the Jewish faith have a family history of addictive behaviors. In Israel, there is about a 13 percent lifetime prevalence rate of addiction, relatively consistent with the rates of substance abuse from many other industrialized countries.

Practitioners of Judaism are taught that their body belongs to God. They are to distance themselves from influences that destroy the body and attempt to engage in practices that nourish and heal the body. Because practitioners of Judaism are very devoted to their faith and attempt to live by strict traditions and rules, the treatment of substance abuse in these individuals should incorporate aspects of faith-based or spiritually based treatments that involve family members and spiritual leaders in the overall treatment program. 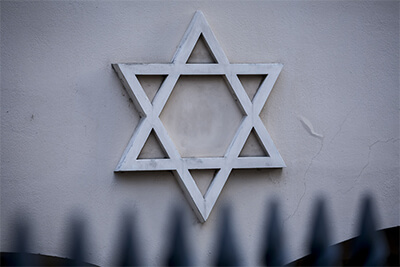 Treatment for substance use disorders is most effective when it includes the empirically driven principles (based on research findings) of effective recovery. The empirically validated principles of substance use disorder treatment establish a general overall plan and approach, but they specify that not every form of treatment will work for everyone and that the treatment program should be tailored to fit the particular needs of the person in treatment.

Treatment for substance use disorders is most effective when it integrates the individual’s culture and spiritual beliefs into the program. A program that attempts to incorporate the belief system and culture of Judaism would offer specific services for individuals of this faith in addition to the standard protocols that have been used in successful recovery programs. Standard protocols include:

The use of physicians, therapists, counselors, and peer support groups that are of the same faith of the person in recovery can be useful in incorporating aspects of Judaism into the overall treatment program, although this may not always be possible and certainly is not a necessary condition of treatment. The use of medication management in the treatment of an individual’s substance abuse issue would not violate the tenants of Judaism. Therapy operates on principles that can be easily incorporated into the tenants of Judaism. Twelve-Step programs like Alcoholics Anonymous are faith-based programs that have a strong spiritual component to them and can easily fit into the tenants of Judaism without significant alteration. Thus, the principles used in therapy and 12-Step groups would be especially suited for a Judaism-based recovery program, and other components of the overall recovery program could follow the lead of the 12-Step program.

Some Judaism-based recovery programs incorporate principles directly from the Torah or other aspects of the religion into the program, such as utilizing core values like:

There are numerous faith-based recovery programs that incorporate the principles of Judaism. You can find out if there are programs of this nature in your immediate area by using the Substance Abuse and Mental Health Services (SAMHSA) Behavioral Health Treatment Services Locator or by calling 1-800-662-HELP (4357).