How Do Drugs & Alcohol Affect the Endocrine System? 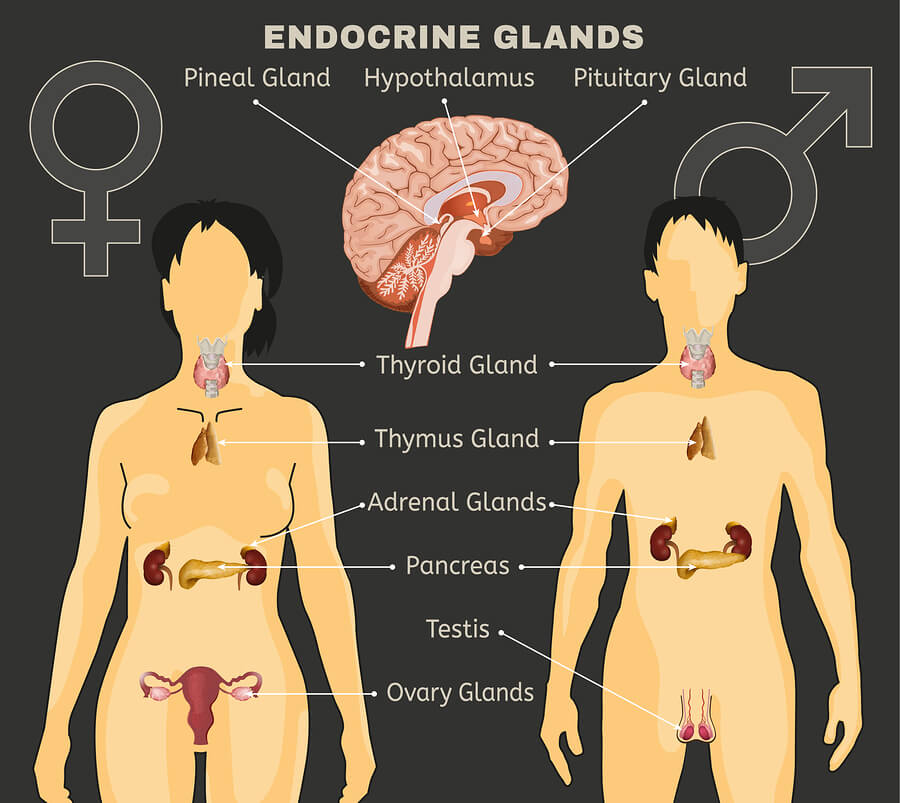 Some components of the endocrine system include the following:

How Drug Abuse Can Affect the Endocrine System

Some drugs may have an effect on the endocrine system. Steroids and performance-enhancing drugs are known for causing both reversible and irreversible damage. Some of this damage includes beard growth and male pattern baldness in women, as well as shrinking of testicles and infertility in men.

Hormones need to be released into the body in a timely manner, but some substances disrupt this process. Alcohol is a drug that can interrupt the endocrine system as it tries to do its job. For example, it causes:

Opioids are known to affect a variety of the body’s endocrine functions and cause problems, such as:

Marijuana use can also impact the endocrine system. According to a study published by the American Council of Science and Health, the use of marijuana in men can:

The nicotine found in tobacco increases cortisol in the body, according to Trends in Endocrinology & Metabolism. A 2014 study published on the Journal of Endocrinological Investigation found that cocaine can affect the adrenal glands, hypothalamus, and pituitary glands.

Short-Term and Long-Term Effects on the Endocrine System 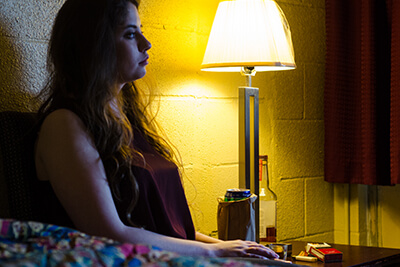 Some short-term effects of drug and alcohol abuse on the endocrine system may include an increase in urination and sexual activity. In addition, a study published in Nature shows that people who use cocaine may miss social cues and become unable to recognize angry or fearful facial expressions compared to nonusers. The study also supported findings that cocaine users might be producing less testosterone during use.

Research published in the Zahedan Journal of Research in Medical Sciences shows that methamphetamine intake increases the production of testosterone in subjects. Though the test was conducted on rats, the hypothesis of this paper is that increased exposure to methamphetamine might decrease fertility.

Many long-term effects of drug on the endocrine system have to do with changes in fertility. A 2018 study published in Reproductive Biology and Endocrinology supported a 1996 hypothesis that certain drugs can have a negative impact on male fertility. This includes DNA damage to sperm in men who are simply exposed to tobacco smoke and an overall decrease in testosterone levels.

In addition, cocaine abuse can lead to impotence.

Can the Endocrine System Repair Itself?

At the moment, more research is needed to determine whether or not the endocrine system can repair itself after prolonged drug or alcohol abuse. Current research shows that the brain can repair itself after quitting alcohol, and the liver can begin healing within a few days of ceasing alcohol use. This shows that the body is capable of healing to some degree if all substance use is stopped.

People should consult with an endocrinologist in order to find the best treatment for health issues related to drug abuse. If your endocrine system is damaged because of drug or alcohol abuse, find a rehab center that has a doctor on staff. Comprehensive treatment that addresses all related medical issues is needed to ensure complete recovery on all fronts.