Substance abuse is the excessive use of a substance, such as drugs or alcohol, which results in clinical and functional impairments. 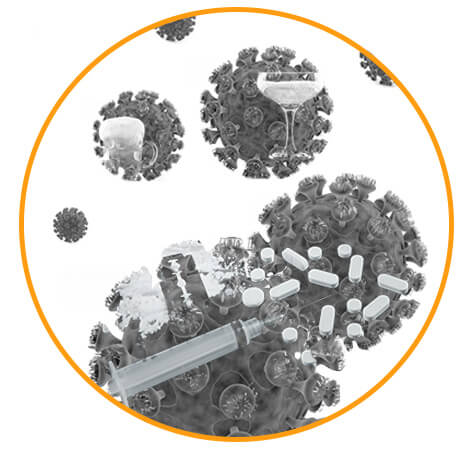 This loss of function can include detriments to professional, academic, and social interactions.1 Ongoing substance abuse can cause severe health problems over time, even in previously healthy individuals. These health complications include increased disease risk, difficulty in detecting and diagnosing certain disease states, a reduced inherent ability to recover from certain diseases, and a decrease in the effectiveness of various treatments. With regard to HIV and AIDS, substance abuse plays a significant factor in infection and disease progression.

Although HIV/AIDS can affect anyone, the risk of infection is significantly higher in patients suffering from substance abuse, whether the risk is of direct exposure through needles or increased likelihood of high risk behavior due to loss of judgment. Substance abuse is of primary concern to HIV/AIDS by promoting actions which increase the initial risk of infection. Furthermore, some abused substances can also influence disease progression and interfere with the effectiveness of treatment.

HIV (human immunodeficiency virus) is a virus that is transmitted in bodily fluids, often by sharing a used needle or having sexual intercourse with an infected individual. 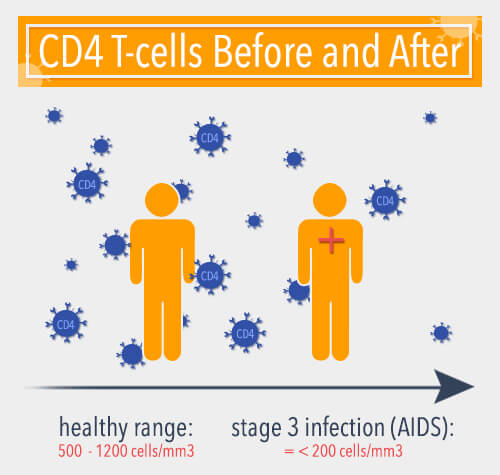 These T cells are crucial players in a healthy body’s ability to mount an appropriate immune response to infections – their loss results in markedly diminished immune functioning.

Within a few weeks, the infected cells are either destroyed by the virus or by the immune system itself. The loss of these cells characterizes the acute phase of the infection. During this phase, the virus is rapidly replicating and the patient is able to infect other people from their time of infection onward. Within the first month or two following exposure and infection, patients experience swollen lymph nodes and flu-like symptoms including fevers, aches, and joint pain.

After this time, the disease enters the chronic stage of HIV infection which may last for several years. With effective treatment this stage can be extended to several decades in some patients. During this stage, the virus continues to replicate and stimulate an immune response. This chronic response may be due in part to an increased, system-wide bacterial load resulting from the decreased vigilance of a weakened immune system.3

The immune system actively attempts to replenish the lost T cells, which also subsequently become infected by the virus. This chronic immune and T cell activation causes additional strain on the immune system as the body loses the ability to maintain a sufficient supply of T cells.

The heightened activation of T cells can be used as a predictor for disease progression toward AIDS.4 Once there are no longer enough T cells to mount an immune response, a patient crosses below an immunological threshold and is considered to have developed acquired immunodeficiency syndrome (AIDS). Because of the association of the virus (HIV) with the late stage disease (AIDS), this guide will refer to the virus itself as HIV and to the whole disease as HIV/AIDS.

It often takes several years for a person infected with HIV to develop full-blown AIDS. During this time, treatment options are available that can delay or stop the disease progression for many years. There is no cure for HIV, so an infected individual will always have the virus, even if they are undergoing treatment. Despite the lack of a cure, a patient can still maintain a high quality of life as long as the disease is managed with medication. Currently, combined antiretroviral therapies (referred to as ART, or HAART for highly active antiretroviral therapy) exist for the treatment of HIV. These therapies are able to dramatically slow viral replication and disease progression, thus delaying the onset of AIDS. For some patients, this treatment can delay disease progression for several decades. The current ability to effectively stop the development of AIDS in HIV-positive individuals makes effective adherence to medications and avoidance of complicating factors, such as substance abuse, critical to maintaining a high quality of life. 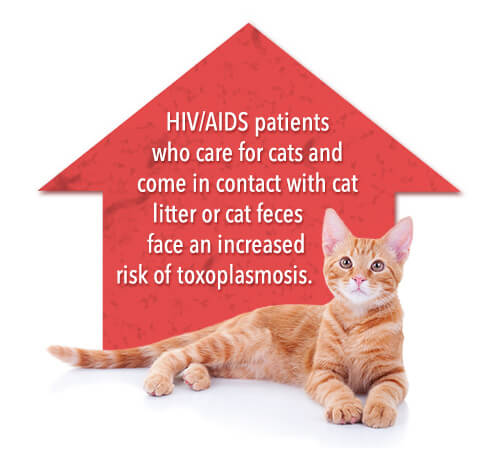 The diminished immune function puts HIV/AIDS patients at a greater risk of infection with many opportunistic diseases that would not otherwise affect a healthy individual. HIV/AIDS also places these patients at a higher risk of increased disease severity when they are exposed to any illness. The risk of these additional infections varies by the individual and where they live.

For example, HIV/AIDS patients in poor nations face an increased risk of tuberculosis (TB), making TB a leading cause of death for HIV/AIDS patients in those areas.6 TB is generally not considered to be a major problem in most developed countries, but HIV/AIDS patients are highly susceptible to infection. Patients who care for cats and come in contact with cat litter or cat feces face an increased risk of toxoplasmosis. Toxoplasma gondii is a common protozoan parasite, and many healthy people are exposed to it regularly. Although exposure to Toxoplasma normally only results in a mild reaction, it can be harmful to pregnant women and it can be fatal to individuals with weakened immune systems.7

In some cases these cancer risks are due to other factors commonly associated with HIV/AIDS. For example, smoking is more common among HIV/AIDS patients, and the increased smoking rate among HIV/AIDS patients may account for much of the increased incidence of lung cancer among that population. However, other cancers appear to be more common as a result of HIV infection and disease progression. 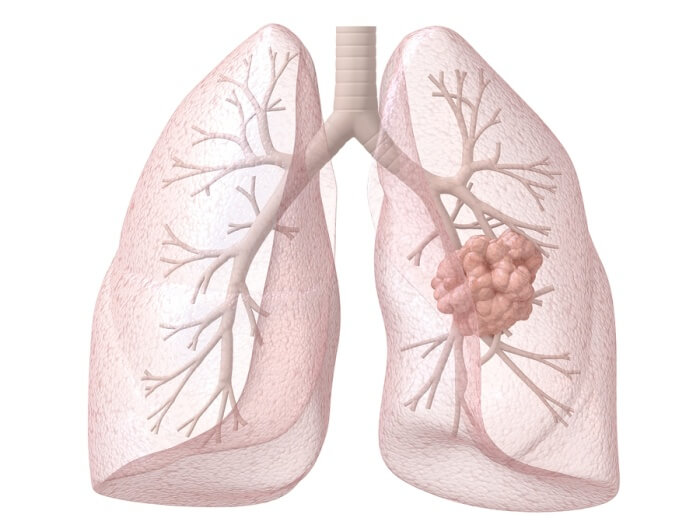 Because HIV primarily targets immune cells, HIV/AIDS can lead to lymphoma, which is a cancer of the white blood cells. Another cancer common in HIV/AIDS patients and rare in uninfected people is Kaposi’s sarcoma. This cancer affects blood vessels and causes the characteristic reddish lesions that have often been associated with AIDS patients. Other cancers, including Hodgkin disease and testicular seminoma also appear to occur at a higher frequency in HIV/AIDS patients as a result of decreased immune function.8

Other complications experienced in a conjunction with HIV/AIDS include severe weight loss and kidney disease. The weight loss experienced in AIDS patients is referred to as wasting syndrome and is marked by a greater than ten percent loss of body weight. This weight loss is often attributed to a loss of muscle mass and may be associated with diarrhea and extreme weakness. Kidney disease associated with HIV infection is referred to as HIV-associated nephropathy. This form of kidney disease is characterized by glomerular lesions in the kidneys. Prior to the introduction of antiretroviral therapies, HIV-associated nephropathy often led to kidney failure and the need for life-sustaining dialysis.