Ketamine is a dissociative anesthetic drug that shares many chemical similarities with phencyclidine (PCP). Though ketamine has approved medical use, much of the illicit supply of the drug is diverted from veterinary sources.1,2 Illicit misuse of ketamine has increased in the United States since the 1980s, though on a smaller scale than more prevalently used drugs such as marijuana.2

In this article, we will talk about what ketamine is, describe its short-term and long-term effects, and provide information about seeking treatment if you or a loved one are struggling with ketamine misuse.

Ketamine is a dissociative drug with the ability to distort sensory perception and impart a feeling of detachment from oneself and the environment.1 Since the 1970s, ketamine has been used as an anesthetic during both human and veterinary medical procedures.3 Since 1999, ketamine has been classified as a Schedule III controlled substance, making it illegal for non-medical use.3

On the illicit market, ketamine is commonly encountered as either a clear liquid or a white powder, sometimes pressed into capsule form.3 Diverted pharmaceutical ketamine is sometimes evaporated down from liquid solution to powder form.3,4 Powdered ketamine can be cut into lines or bumps and snorted, rolled into joints along with marijuana or tobacco, or mixed into drinks, as it is odorless and tasteless.3,4

In relatively recent years, ketamine has gained popularity as a “club drug” used by teenagers and young adults at raves or parties.3 A national survey of American youth in 2021, estimated that nearly 1% of all high school seniors had used ketamine in the past year.4

Ketamine’s effects may be felt within minutes of use. The range of effects felt can be somewhat unpredictable, and may vary in severity based on the amount of the drug consumed. Though the acute effects may last for several hours, some people report effects that persisted for several days.4 At relatively low doses, these effects may include:3

At higher doses, the short-term effects of ketamine may include:3

Long-Term Effects and Dangers of Ketamine

The effects of long-term use of dissociative drugs have not been exhaustively studied.4 However, one long-term risk stems from the fact that ketamine use is thought to be reinforcing, which could be associated with the development of a substance use disorder.1

Additionally, ketamine use is thought to lead to some degree of tolerance, physical dependence, and an associated discontinuation syndrome or withdrawal syndrome when use stops.1,7 Ketamine withdrawal syndrome may include symptoms such as depression, excessive sleepiness, and drug cravings.7

Furthermore, research indicates that long-term ketamine misuse may have some neurological risks. A 2022 review of research into prolonged recreational ketamine use found that using high volumes of the drug over longer periods of time was associated with certain structure and function of the brain.5

Though the review urges caution in asserting a causal link, the observed differences could explain some of the long-term adverse effects of ketamine, including memory impairments and declines in executive functioning.5 Additionally, some of the brain effects of long-term ketamine use could result in cognitive and emotional changes that predispose someone to develop a ketamine addiction or addiction to other substances, though this hypothesis is still being studied.5

It is possible to develop patterns of compulsive misuse and, ultimately, a substance use disorder in association with long-term use of dissociative drugs like ketamine.4 A supervised medical detoxification from ketamine may be helpful for some people in managing ketamine withdrawal syndromes at the start of recovery.6,7

If you are struggling with ketamine misuse, treatment can help. Contact American Addiction Centers’ (AAC) Admissions Navigators today at 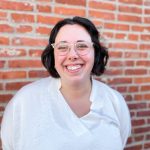 Madeline Hodgman-Korth, MSSA, LISW
Author
Madeline is a licensed independent social worker in the Midwest working as a mental health therapist. After receiving her Master’s degree in social w … Read More
Read Our Editorial Policy
Related Topics
About The Contributor

Madeline Hodgman-Korth, MSSA, LISW
Author
Madeline is a licensed independent social worker in the Midwest working as a mental health therapist. After receiving her Master’s degree in social w … Read More
Read Our Editorial Policy
Related Topics
Are you covered for addiction treatment? Find your insurance.
Check My Insurance
Do you have insurance?
Don’t wait. Call us now.
Our admissions navigators are available to help 24/7 to discuss treatment.
Get addiction help now (24/7 helpline)We’re here for you every step of the way.