Ketamine is a dissociative anesthetic drug used in pain relief, sedation, and as anesthesia for medical procedures. Uses of ketamine as a drug of abuse can have adverse effects leading up to overdose. Ketamine overdose can occur when ketamine levels are too high in the bloodstream and the body cannot safely break down the toxins, resulting in some of the body’s systems shutting down. This may have dangerous consequences or even be fatal without swift medical intervention. Overdose symptoms range and may include nausea, confusion, vomiting, seizures, and more. 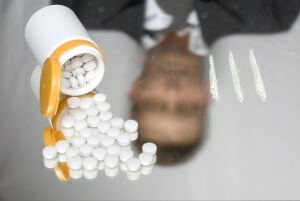 Ketamine is a Schedule III controlled substance by the Drug Enforcement Administration (DEA) and is also commonly abused as a “club drug,” either in liquid or powder form. The powder may be added to drinks and ingested (swallowed), snorted (insufflated), or inserted into the rectum, while the liquid is usually injected into muscle (intramuscular) and sometimes even directly into a vein (intravenous). Medicinal doses for ketamine are generally around 1-2 mg/kg of body weight, the FDA reports, and it is likely that a person only needs about 10-25 percent of the dosage needed for surgical purposes to feel a ketamine “high.”

Ketamine is also a prescription drug dispensed under the brand name Ketalar, coming in 10, 50, and 100 milligrams per milliliter injectable formats that may be used during surgical and other medical procedures, the U.S. Food and Drug Administration (FDA) publishes.

Depending on the amount of ketamine and the way it is taken, there are differing levels of effects. For instance, lower doses of ketamine, called “going to K-land,” can make a person feel mellow and pain-free; experience mild visual and colorful hallucinations as well as numbness in the extremities; and heighten the senses. A higher dose of ketamine is often called “going to a K-hole,” and individuals may not be able to move, have vivid hallucinations, experience short-term memory loss, and feel like they are having an “out-of-body” or particularly spiritual and insightful experience. The paralysis that can occur with ketamine may account for why the drug is used in sexual assaults as a “date rape drug.”

Ketamine’s general effects typically last about 1-2 hours. The Drug Abuse Warning Network (DAWN) reported that in 2011 there were 1,150 emergency department (ED) visits due to an adverse reaction to taking ketamine for nonmedical purposes.

It is difficult to say exactly what may lead to a toxic buildup, or overdose, in each case, as it is not the same for everyone. Body mass, age, underlying medical or mental health conditions, and other biological factors may play a role.

Generally speaking, taking ketamine by injection or through snorting it, which are also the quickest routes to feeling the drug’s effects, can lead to overdose the fastest and in lower doses. Injecting the drug sends it directly into the bloodstream, and it can be more difficult to recognize that too much has been taken. It is recommended that Ketalar, when prescribed and injected, be slowly pushed into the body over a period of about 60 seconds to avoid negative side effects, the FDA reports.

It is also common for ketamine to be mixed with other drugs or alcohol, which can heighten the effects of all substances involved and greatly increase the risk for overdose. A study published in the journal Emerging Health Threats showed that 89 percent of the group of individuals studied who were seeking treatment for an acute adverse reaction related to recreational drug abuse involving ketamine also had another drug or alcohol in their system at the time. Ketamine may be commonly used in combination with other mind-altering substances, increasing all the risk factors and odds for a dangerous overdose.

How Much Is Too Much Ketamine?

Snorting ketamine in large amounts at once can also send the drug rapidly into the bloodstream and raise the risk for overdose. Ketamine overdose can occur in varying doses. Toxicology reports of a group of individuals who died after taking ketamine recreationally (often in combination with other substances) found that doses between 0.1 and 7 mg/l were present in the bloodstream postmortem, the journal Emerging Health Threats publishes. The World Health Organization (WHO) published research that indicates ketamine, when injected, may be lethal at doses above around 11 mg/kg of body weight, or for a person who is about 132 pounds, a dosage over 680 mg. When taken by insufflation, WHO reports that a “typical line” is 60-250 mg; larger amounts may more frequently lead to overdose.

The National Institute on Drug Abuse (NIDA) reports that there are no current medications specifically approved by the FDA to treat ketamine addiction or reverse an overdose. That being said, a ketamine overdose is a medical emergency, and there are many things medical professionals can do to keep a person safe and avoid life-threatening complications. Medical professionals will ensure that the person suffering from a ketamine overdose is in a safe place, and unable to cause self-harm or harm others, while monitoring cardiovascular and circulatory systems along with other vital signs.

Barbiturates may be beneficial as well. In some cases, respiratory functions may need to be restored with the help of a ventilator.

It is important to call 911 immediately if a ketamine overdose is suspected, as medical professionals can manage symptoms and potentially prevent life-threatening consequences. While waiting for help to arrive, if possible, place the individual on their side to prevent them from choking on vomit. When help arrives, inform the first responders honestly of any drugs or other substances that may have been taken in addition to ketamine, the dosage amounts of all substances, and when the last dose was taken. A ketamine overdose can often be controlled and safely managed with immediate medical care.

Last Updated on January 7, 2022
Share
Editorial Staff
The editorial staff of American Addiction Centers is made up of credentialed clinical reviewers with hands-on experience in or expert knowledge of addiction treatment.
Related Topics
Related Tags
dissociatives
ketamine
overdose
Don’t wait. Call us now.
Our admissions navigators are available to help 24/7 to discuss treatment.
Why call us?
Get addiction help now (24/7 helpline)We’re here for you every step of the way.