Dangers of Mixing Ketamine and Alcohol

Ketamine is a dissociative anesthetic agent used in medical procedures as well as for the treatment of severe acute and chronic pain.

Ketamine was first synthesized in the 1960s and began being used in medical settings as a dissociative anesthetic agent shortly thereafter. The Food and Drug Administration (FDA) approved it in 1970, and it continues to be used as an anesthetic induction agent and procedural sedative for children and adults and, even more commonly, in veterinary medicine.1

Ketamine’s utility, however, has expanded beyond its FDA-approved use as an anesthetic. It is sometimes prescribed for moderate to severe acute and chronic pain, and it is increasingly used as an antidepressant in patients who have not responded to other forms of treatment.2

While pharmaceutical ketamine is administered as an injectable solution, illicitly produced ketamine is often encountered as a powder or a liquid. In recreational use, the powder is cut into lines and snorted or smoked—either alone or in combination with marijuana or tobacco. Liquid ketamine may be injected or mixed into drinks.3

Ketamine purchased illegally is often cut with other drugs, including methamphetamine, amphetamine, Ecstasy (MDMA), and cocaine.3

Depending on the specific route of ingestion, the effects of the drug may be felt within a couple of minutes. The user may have distortions in sight or sound, and feel disconnected from reality. Hallucinations are common under the influence of the drug and may last 30 minutes to 60 minutes. Users may also feel detached from their body, an experience referred to as being in the “k-hole.”3,12

How Does Ketamine Work?

Ketamine binds to and blocks activation of a special brain protein known as the N-methyl-D-aspartate (NMDA) receptor. Normally, the NMDA receptor interacts with and is activated by glutamate—an excitatory neurotransmitter in the brain that plays a role in learning and memory. Blocking glutamatergic activation of the NMDA receptor can affect attention, learning, and memory, and ketamine’s antagonizing effects on this receptor are thought to also play a role in its anesthetic and pain-relieving properties.4,5,6

How Does Alcohol Work?

Roughly 20% of the alcohol consumed in a drink is absorbed by the stomach, with the remaining 80% absorbed by the small intestine. It passes from the digestive tract into the bloodstream, where it is transported to all parts of the body, including the brain.7,8

Several neurochemical processes are influenced by the presence of alcohol. On a broad level, these acute, alcohol-related brain changes include a heightened effect of inhibitory neurotransmitters and a decreased effect of excitatory neurotransmitters. Among its diverse group of physiological targets, alcohol affects the activity of both inhibitory (GABA) and excitatory (glutamate) neurotransmitters. Specifically, it binds to GABA receptors and amplifies the inhibitory signaling that results when GABA binds to them—resulting in a net reduction of certain types of neural activity. Conversely, alcohol also reduces glutamate’s excitatory action on NMDA receptors (the same receptors that ketamine inhibits).8,9

Though the precise mechanism isn’t fully understood, alcohol use is also accompanied by an increase in dopamine activity. Dopamine is commonly thought of as the brain’s “pleasure chemical,” though more accurately, its actions are thought to reinforce certain behaviors (e.g., drinking) that themselves are associated with pleasurable effects.8

Effects of Mixing Ketamine and Alcohol

There is a real danger in mixing ketamine and alcohol.

Because ketamine and alcohol affect different neurotransmitter systems in a way that ultimately results in increased inhibitory brain signaling, some of the physiological effects of combining ketamine and alcohol are synergized (i.e., similar effects are amplified), by the simultaneous use of both substances. Studies have found that ketamine produces subjective alcohol-like effects in users, which further suggests that combining the substances could result in over-intoxication.10 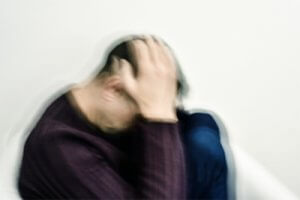 Using ketamine with alcohol increases the risk of memory loss, slowed breathing, coma, and death. Users may be unaware of how much the substances are affecting them due to combined intoxication. In examining the death of a British teenager, the pathologist in the case stated that the alcohol/ketamine combination was a contributing factor in her death: “In combination, she actually caused more damage than if she had taken ketamine alone.”7,11,12

In the case of overdose deaths from recreational use of ketamine, forensic investigators have found concentrations of ketamine in the blood ranging from 0.1 to 7.0 mg/liter when used in conjunction with other drugs, including alcohol. Of 23 deaths in the United Kingdom between 1993 and 2006 in which ketamine was identified in the user’s system, only 4 of those involved only ketamine; the other 19 were attributed to a mixing of substances. A study in New York City found similar rates, with 12 out of 15 deaths attributed to polydrug overdoses involving ketamine.13

Finally, ketamine use may increase the risk of certain urinary tract issues, including irreversible urologic damage. The Global Drug Survey found that people who drank alcohol while they used ketamine were much more likely to report problems such as increased urinary frequency, pain with urination, lower abdominal pain, and blood in their urine. Avoiding the combination of ketamine and alcohol reduces the risk of bladder and gastrointestinal problems.14

If you observe the signs of overdose in yourself or someone else, call 911 immediately. In the meantime, monitor the person’s vital signs and perform CPR if you’re trained in how to do so. Try to find out how much ketamine and alcohol the person used, and when.16

The likelihood of surviving a ketamine/alcohol overdose will depend on how much of each substance the person took, their age, their health, and other factors.

In sum, users should avoid mixing ketamine and alcohol. The dangers of each substance are compounded when they are combined, and the effects can be fatal.

If you struggle with polysubstance abuse of any kind, help is available. With comprehensive treatment, you can achieve a stable life in recovery.

Find Treatment for Substance Abuse Near You

Dan Wagener, M.A.
Editor
Dan Wagener is a Senior Web Content Editor at American Addiction Centers.
Read Our Editorial Policy
Related Topics
Related Tags
alcohol
dissociatives
ketamine
Are you covered for addiction treatment? Find your insurance.
Check My Insurance
Do you have insurance?
Don’t wait. Call us now.
Our admissions navigators are available to help 24/7 to discuss treatment.
Get addiction help now (24/7 helpline)We’re here for you every step of the way.