Opioid Addiction in the LGBTQ Community 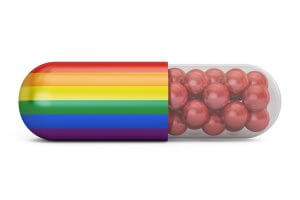 Opioid addiction in the LGBTQ community affects thousands of people each year. The opioid epidemic is rampant across the United States and things are getting worse by the year.

The opioid epidemic continues to devastate communities across the U.S. to this day. And unfortunately, the LGBTQ community is no exception. According to statistics, those who belong to a sexual minority are more than twice as likely to abuse drugs compared to their heterosexual peers.

LGBTQ individuals face a number of challenges their heterosexual peers don’t. These challenges include:

Braving high-stress environments on a day-to-day basis takes a toll, and members of the LGBTQ community turn to opioid drugs wrongly believing that taking pain killers might help them cope with their situation.

A survey conducted in 2015 showed that prescription drug misuse affects up to 12% of those who belong to sexual minorities. Vicodin, Percocet, Fentanyl, and OxyContin are commonly abused drugs.

But opioid abuse is a risk factor for heroin use. Nearly 80% of heroin users reported using prescription opioids before turning to heroin.

The Dangers Of Opioid Drugs

Opioids cause a powerful dopamine release in the pleasure centers of the brain. The dopamine sends a rush of euphoria throughout the body, which makes the user feel relaxed and happy.

However, taking opioid drugs can also produce harmful effects such as:

Abusing opioids can slow breathing, which means less oxygen reaches the brain. The lack of oxygen in the brain can cause short- or long-term damage to the brain, and it can even lead to a coma or death.

What Can You Do About Opioid Abuse? 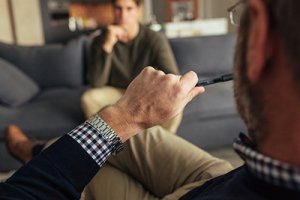 Medication-assisted therapy, combined with behavioral health interventions and counseling are treatment options that can help LGBTQ people with opioid use disorder.

Given the complex medical needs of the LGBTQ community, certain considerations should be addressed during the course of the treatment to ensure that the treatment doesn’t interfere with other forms of therapy the patient might follow, such as hormonal therapy or antiretroviral therapy.

Cognitive behavioral therapy has also improved the treatment outcomes of those suffering from trauma-based stress disorders.

If you or a loved one suffer from opioid abuse disorder, contact our admission navigators at (888) 679-9254. The specialists working in our rehab facilities will customize your addiction therapy and tailor it to your individual needs.

Michael Kaliszewski, PhD
Medical Reviewer
Dr. Michael Kaliszewski is a freelance science writer with over 15 years of experience as a research scientist in both academia and industry.
Read Our Editorial Policy
Related Topics
Are you covered for addiction treatment? Find your insurance.
Check My Insurance
Do you have insurance?
Don’t wait. Call us now.
Our admissions navigators are available to help 24/7 to discuss treatment.
Why call us?
Get addiction help now (24/7 helpline)We’re here for you every step of the way.