What Are the Unique Treatment Needs for Lesbians Suffering from Drug Abuse? 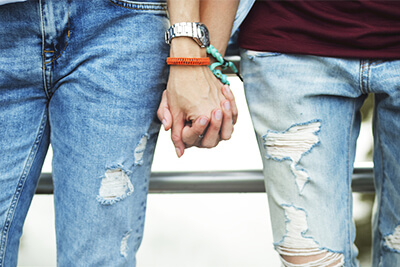 Being a member of the lesbian gay bisexual transgender queer (LGBTQ) community comes with a unique set of challenges. Social acceptance, discrimination, and family and personal relationship challenges are often faced by lesbians.

Lesbians, in particular, can struggle with society’s expectations of what it means to be a woman and how to balance those standards with personal sexual preferences. Social stigma can cause feelings of isolation and being misunderstood. Because of these difficult situations that have likely been encountered for many years, sexual minorities, such as lesbians, are at a greater risk for developing substance use disorders as a way to cope with these challenges.

Risk Factors for Drug Use 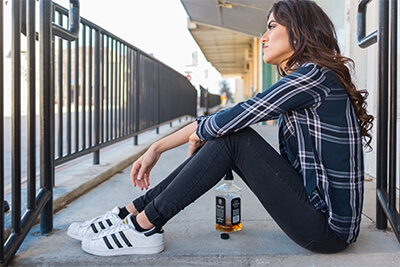 There are many risk factors that make LGBTQ women and men more likely to experience substance misuse. Multiple studies have found that the shame and ostracism placed on LGBTQ individuals once they reveal their sexual preferences can lead to substance use.

Additionally, discrimination of LGBTQ members in society and the workplace can lead to depression, thoughts of suicide, and other mental health issues. In one recent study, LGBTQ individuals in a residential treatment program were roughly 20 percent more likely to experience depression, anxiety, or any other mental health disorder and about 30 percent more likely to have a history of sexual and physical abuse.

The Butler Center for Research also explains that lesbian and gay communities were able to initially form and develop their cultures in the privacy of bars and nightclubs. Evolving in cultures of socially acceptable substance use has likely contributed to the risk of LGBTQ members developing substance use disorders.

Additional reasons lesbian and bisexual women are likely to develop substance use disorders include:

A 2016 report released by the Substance Abuses and Mental Health Services Administration (SAMHSA) also found that sexual minorities were more likely than heterosexual individuals to experience co-occurring substance use and mental health issues. To begin, people who identified themselves as a sexual minority were at an increased risk for misuse of alcohol, illicit drugs, and pain relievers. Sexual minority adults were also more likely to be struggling with some degree of mental illness. Additionally, these people were more likely to need substance use treatment and mental health services.

Little research has been done, however, on what makes treatment programs effective specifically for lesbians. Members of the LGBTQ community face unique risk factors for substance misuse, yet few programs have been developed to address them. Treatment programs that utilize theories focused on gender and gender identity, such as feminist theory or queer theory, are likely to make a greater impact on substance use reduction than programs based on general addiction theories.

A substance abuse treatment program based on feminist theory will focus on the oppression that lesbians have faced as a result of sexism and provide interventions that address economic, social, and personal issues in the women’s lives. Queer theory can also be used to help individuals gain a better understanding of their identities. It opens a discussion about gender roles and identity, sexual orientation, and social constructs. An approach based in feminist and/or queer theory could help lesbians work through some of the underlying causes of their substance misuse.

Standard substance abuse treatment options come in the forms of inpatient or outpatient treatment programs that include:

While standard treatment programs have not been designed specifically for a population of lesbians, they can still be very supportive and effective. Some experts even believe that incorporating lesbians into programs designed for the general population will help to make them feel more accepted by society and less isolated. Opponents of this theory argue that LGBTQ-specific programs provide much better care for this population by demonstrating awareness of the unique challenges this population has faced from society and the specific supports that they will need to have in place going forward.

Lesbians are faced with unique challenges throughout their lives that must be taken into consideration when developing treatment programs for substance use disorder. Historically, treatment programs were developed for heterosexual Caucasian men with little consideration for the unique needs of other populations. Over time, treatment professionals have become more sensitive to the unique factors, such as culture and identity, that impact one’s history of substance use. Factors such as family history, current social network, sexism, and experience of oppression on multiple fronts all inform how treatment should be approached for lesbians.

While LGBTQ men and women are more likely to willingly seek substance use and mental health treatment than heterosexual individuals, specific and appropriate options for them are not widely available or accessible. Many studies have examined the patterns of drug use among lesbians and members of the LGBTQ population, but additional studies are needed to gain a better understanding of specific treatment options that would be the most effective for addressing the unique needs of this population.