Why American LGBTQ Teens Are More Likely to Abuse Drugs

Several decades of research have shown that LGBTQ teens are more likely to abuse drugs than their heterosexual peers. A study published in 2008 has shown that, on average, the odds of substance abuse in LGBTQ teens were 190% higher than for heterosexual youth. 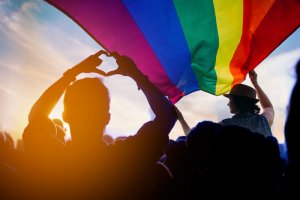 The relationship between sexual orientation and adolescent substance abuse is clear, and the outcomes are alarming.

Why Are Teens Abusing Drugs?

Illicit drug use in adolescents has dropped in recent years. 31% of adolescents admitted to using drugs in 2001. This figure fell to 24% in 2009, and it reached only 20% in 2017. These statistics show that teens are now more aware of the dangers of drugs than before.

But you might be wondering why teens abuse drugs in the first place. Well, adolescents experiment with drugs for several reasons, including:

LGBTQ teens are often stigmatized, harassed, or even rejected by their families and peers. The stress brought on by these events might wrongly convince sexual minority teens that using drugs can be an effective coping mechanism.

A study published in 2018 showed that LGBTQ teens are 12% more likely to abuse drugs than their heterosexual peers. LGBTQ youth were also three times more likely to experiment with drugs such as ecstasy, cocaine, methamphetamines, or heroin.

Unfortunately, even experimentation with these drugs can derail an adolescent’s life and negatively influence their future.

How Can You Act?

If you are a teen who abuses drugs or you suspect one of your loved ones is, contact our admission navigators at (888) 679-9254.

The treatment options available will clear out the drugs from the user’s body and will help the user realize that they can enjoy life without drugs.

Kristina Ackermann
Medical Reviewer
Kristina Ackermann, B.A., is a professional writer and editor. Her professional experience includes evidence-based research for peer-reviewed medical … Read More
Read Our Editorial Policy
Related Topics
Are you covered for addiction treatment? Find your insurance.
Check My Insurance
Do you have insurance?
Don’t wait. Call us now.
Our admissions navigators are available to help 24/7 to discuss treatment.
Get addiction help now (24/7 helpline)We’re here for you every step of the way.