Why Substance Abuse is Higher within the LGBTQ Community 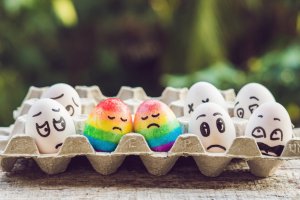 Substance abuse is a significant problem among members of the lesbian, gay, bisexual, transgender, and queer/questioning (LGBTQ ) community. From alcohol abuse and binge drinking to the use of harder drugs like methamphetamines, heroin, and opioids, many people in the sexual minority struggle with addiction.

Statistics show that LGBTQ adults are more than twice as likely as their heterosexual counterparts to use illicit drugs and almost twice as likely to suffer from a substance abuse disorder.1

What makes substance abuse in the LGBTQ community so prevalent? There are many contributing factors, and below are some of the most common triggering issues that LGBTQ people face.

Despite growing acceptance in the United States, almost all LGBTQ individuals face some level of homophobia and discrimination. This may come from strangers, acquaintances, and even friends and family. They also face the constant threat of workplace harassment, bullying, and even hate crimes.

Lack of Support for LGBTQ People

Many members of the LGBTQ community choose to remain “in the closet,” keeping their sexual identity a secret to avoid discrimination. Living this type of double life can create feelings of loneliness and anxiety.

Those who do choose to come out often face rejection from family and friends, and as a result often turn to substance abuse to help dull the pain. 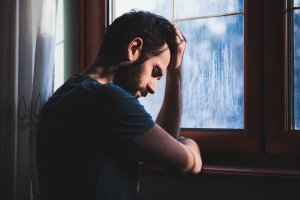 Whether or not their families and friends provide acceptance, many members of the LGBTQ community suffer from internalized homophobia. This happens when they self-identify with anti-gay stigmas. The result is often self-loathing and an inability to feel comfortable in one’s own skin.

For those suffering from internalized homophobia, alcohol and drugs serve as an effective mechanism for silencing negative thoughts. When drunk or high, LGBTQ individuals can temporarily enjoy living as their true selves.

Clinical depression, stress, and anxiety disorders are very common among members of the LGBTQ community. These individuals are also prone to mood disorders, eating disorders, and other types of psychiatric problems.

In addition, some may suffer from serious health issues such as hepatitis, HIV/AIDS, and other sexually transmitted diseases. Dealing with these medical issues can interfere with the ability and desire to seek substance abuse treatment.

The Need for Specialized Treatment Options

Many sexual minorities facing addiction problems are hesitant to seek help from a traditional treatment facility. Group therapy participants, and even some counselors, may display homophobic behaviors or make inappropriate remarks. This prevents recovering addicts from feeling like they can let down their guard, which is essential for successful rehabilitation.

In addition, most traditional treatments do not address the specific needs of LGBTQ individuals. This includes learning successful coping methods for dealing with social isolation, family problems, homophobia, and violence.

Luckily, rehabilitation centers have recognized this need, and many are beginning to offer LBGTQ-specific addiction treatment programs. It is important for those who need help to know that viable options are available. Reaching out for support takes courage and strength,and it is also the first step towards recovery.

Last Updated on October 26, 2021
Share
Kristina Ackermann
Kristina Ackermann, B.A., is a professional writer and editor. Her professional experience includes evidence-based research for peer-reviewed medical journals, with an emphasis in prehospital care.
Related Topics
Don’t wait. Call us now.
Our admissions navigators are available to help 24/7 to discuss treatment.
Why call us?
Get addiction help now (24/7 helpline)We’re here for you every step of the way.