Drug Addiction and Abuse in the LGBTQ Community 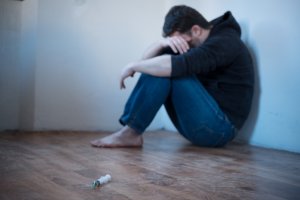 Drug addiction and abuse in the LGBTQ community affects thousands of people across the United States. According to a 2013 survey, sexual minorities have higher chances of developing substance abuse disorders than their heterosexual peers. In addition, a 2015 study showed that LGBTQ individuals are more than twice as likely to use illicit drugs.

Those who identify themselves as members of a sexual minority are more likely to smoke cigarettes and binge drink alcohol. And the statistics on drug use and addiction in the LGBTQ community are worrisome. 39.1% of LGBTQ individuals admitted to using illicit drugs in 2015.

Why Are So Many LGBTQ Individuals Abusing Drugs?

The high produced by the dopamine release can alter some of the neurons involved in the brain’s reward system. By altering the brain’s structure, the drugs impede the user’s ability to feel good without them. This is one of the causes of drug addiction in the LGBTQ community.

What Can You Do?

Sexual minorities often have comorbid or co-occurring psychiatric disorders. This is why research suggests that rehab facilities offering specialized treatment for LGBTQ individuals can significantly improve the outcome.

Last Updated on March 16, 2022
Share
Michael Kaliszewski, PhD
Dr. Michael Kaliszewski is a freelance science writer with over 15 years of experience as a research scientist in both academia and industry.
Related Topics
Don’t wait. Call us now.
Our admissions navigators are available to help 24/7 to discuss treatment.
Why call us?
Get addiction help now (24/7 helpline)We’re here for you every step of the way.