Nausea and vomiting accompanied by stomach cramping or pain is a common set of symptoms present in many conditions, including the stomach flu and food poisoning. However, cyclical vomiting syndrome (CVS) or psychogenic vomiting, repeated episodes of severe nausea and vomiting without any indication of infection or illness, is not. CVS is more common in children than adults, and it is sometimes associated with behavioral problems. Some research suggests that it may be a variant of migraine headache or abdominal migraine.1,2

In 2004, doctors in South Australia first described episodes of cyclical vomiting of unknown origin in adult patients who were regular marijuana users.3 Additional case reports and research on the condition, cannabinoid hyperemesis syndrome (CHS), continue to be published and CHS is still not fully understood nearly 20 years later. Thus, the condition may go unrecognized and undiagnosed as a result.3

Therefore, the prevalence of CHS is difficult to gauge though one study out of Colorado found that after the legalization of cannabis, emergency room visits for CVS increased.2,4 A separate study evaluating people who had a history of smoking cannabis 20 days or more per month found that approximately one-third exhibited the symptoms of CHS.5 Consequently, marijuana was also the most prevalent federally illicit drug used in 2020—with more than 49 million individuals reporting past-year marijuana use.6

Those with CHS may also feel compelled to take hot showers or baths. This may be due to the soothing effects of hotter temperatures, which temporarily alleviate the symptoms.7

It can take years of cannabis use to develop CHS. A 2011 report published in Current Drug Abuse Reviews noted that “in nearly all cases, there is a delay of several years” from the time marijuana smoking started to when the first CHS symptoms are experienced.8

Research suggests there are 3 phases of CHS, including:7

What Are the Possible Complications of CHS?

Frequent vomiting can lead to complications, including:9,10

Not every person who uses marijuana—even long term—develops CHS. While it is certain that individuals who use marijuana frequently (on a daily or weekly basis for at least a year) or in prolonged high doses are at an increased risk of getting CHS, not much is understood beyond that. Additional evidence is needed to better understand or identify factors that may contribute to an individual’s overall risk of developing CHS, including the potency of marijuana, co-occurring physical or mental health conditions, ethnicity, or socioeconomic environmental factors.7

How Is CHS Diagnosed?

For a number of reasons, CHS is often missed as a diagnosis. Individuals with CHS may not disclose their drug use or they may not seek medical care. It’s an emerging diagnosis that may be overlooked in the emergency department, where many individuals go to seek help.7

In order to be diagnosed with CHS, certain criteria must be present, including:7,11

To further complicate the diagnosis, CHS bears a strong resemblance to another condition called cyclic vomiting syndrome (CVS).12 While CVS presents the same way, the triggers that cause CVS are different, including lack of sleep, stress, certain foods, but not marijuana.2

Tips for Dealing with CHS Symptoms

It’s well documented that individuals with CHS find temporary relief by taking hot showers or baths. One case study found capsaicin—the chemical found in chili peppers that makes your mouth burn—in a cream form eased painful abdominal pain for an individual with CHS.13 In some cases, anti-anxiety medication helped provide relief for individuals with CHS.14 However, the only sustainable solution to resolve CHS symptoms is to stop marijuana use.14

While there is no standard for treating CHS, there are options to treat the symptoms, but all of them lack robust research pointing to their effectiveness. For instance, some research suggests that benzodiazepines—specifically lorazepam—showed a positive response in the treatment of CHS.15 Other studies indicate that the antipsychotic medication haloperidol, given intravenously to individuals with CHS, has been effective in symptom relief.15 However, after alleviating the symptoms associated with CHS with medications and/or creams, treatment includes patient education and counseling to help the individual stop their marijuana use since research suggests that’s the most likely way to resolve CHS in most patients.14 In fact, one study found about 84% of the patients who received treatment for CHS reported abstinence from marijuana use. Of those, more than 86% reported resolution of their CHS symptoms.15

If you or a loved one have a marijuana use disorder and struggle to quit, professional treatment can help. While research is virtually nonexistent on the efficacy of addiction treatment for individuals with CHS, drug rehab treatment for marijuana use can help you achieve lasting abstinence, which studies suggest may likely resolve the symptoms associated with CHS.

Find Marijuana Addiction Treatment Near You 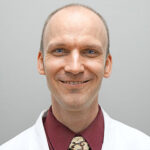 Scott Buesing
Author
Scott Buesing, ND is a licensed naturopathic doctor with a background in both mental health conditions and chronic pain treatment. His experience inc … Read More
Read Our Editorial Policy
Related Topics
Related Tags
Marijuana
Are you covered for addiction treatment? Find your insurance.
Check My Insurance
Do you have insurance?
Don’t wait. Call us now.
Our admissions navigators are available to help 24/7 to discuss treatment.
Get addiction help now (24/7 helpline)We’re here for you every step of the way.