Nicknames for Marijuana and Slang for Pot

As a popular recreational drug, marijuana is known by a huge number of nicknames.
An entire culture surrounds this particular substance, and there’s a lot of different slang involved in its use.

The common scientific name is cannabis, but the most common slang terms include: 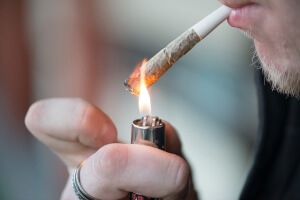 The most common way to smoke cannabis is to purchase the dried bud portion of the plant, sometimes called flower or nuggets, and smoke it in a pipe or a larger apparatus commonly referred to as a bong. Alternatively, it can be rolled up in paper like a cigarette, often called a joint or a blunt. It can also be vaporized in a small machine or a handheld device called a vape pen that filters out some of the harsher elements of the plant, making it easier on the throat and lungs.


In addition to the direct material from the cannabis plant, individuals can also smoke the extracted oil. This oil is prized for being purer and more potent, creating a more intense high. One of the most common forms of this substance is called CO2 oil, and there’s also a solvent version of this oil extracted with butane called BHO, nicknamed wax, butter, glass, shatter, or honeycomb, depending on the consistency of the substance. Smoking these involves heating up a special glass, steel, or quartz nail and touching either the oil or the sticky residue of the oil to the nail and inhaling the resulting smoke. The common slang term for this is dabbing.

It’s also very common for cannabis to come in some kind of food form, such as brownies, cookies, or lollipops. These are often called edibles. These don’t often have their own slang terms, but they may be referred to as medicated or special.

Part of the reason that there are so many new ways to smoke or otherwise ingest marijuana is due to the growing trend of legalizing the drug and the resulting industry around it. According to Arcview Market Research, the cannabis industry is the fastest growing industry in the US, with the recreational market growing 74 percent in 2014.

Find Marijuana Detox & Treatment Near Me

If you believe you or someone you love may be struggling with addiction, let us hear your story and help you determine a path to treatment. American Addiction Centers has rehab and detox programs across the United States. Explore our rehab centers below:

Editorial Staff
Author
The editorial staff of American Addiction Centers is made up of credentialed clinical reviewers with hands-on experience in or expert knowledge of ad … Read More
Read Our Editorial Policy
Related Topics
Related Tags
Marijuana
Are you covered for addiction treatment? Find your insurance.
Check My Insurance
Do you have insurance?
Don’t wait. Call us now.
Our admissions navigators are available to help 24/7 to discuss treatment.
Get addiction help now (24/7 helpline)We’re here for you every step of the way.