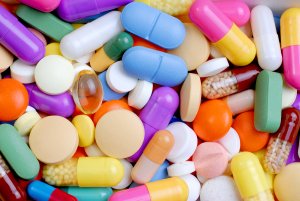 Any discussion on narcotics, prescription drugs, or other controlled substances is usually peppered with the word schedule. One substance may be Schedule I, while another is Schedule II, III, IV, or V. For an individual who is not familiar with controlled substances, the word may simply pass through the conversation without a second glance. To those who understand the drug industry, however, these phrases are paramount to understanding the type of substance being discussed.

These terms are called drug classifications. Per the Drug Enforcement Administration (DEA), medical professionals and law enforcement officials use drug classifications to delineate a substance’s legality, based on “the drug’s acceptable medical use and the drug’s abuse or dependency potential.” Simply put, classifications help to categorize current and developing drugs, which in turn helps lawmakers, law enforcers, and medical experts understand how best to handle a particular substance. In this way, scheduling narcotics, prescription medications, and other drugs makes the industry safer for everyone.1

A History of the CSA

Drug classifications have officially been in place since the 1970s, when President Nixon signed the Controlled Substances Act (CSA) into law. However, the CSA is merely a chapter in the United States’ long and complicated history with addictive substances. The US has been striving to safely and effectively control drug use since the Pure Food and Drug Act of 1906. This act required food and drug manufactures to clearly label any product that contains dangerous substances – substances that included alcohol, morphine, opium, and cannabis.

The act was amended numerous times over the six decades that followed, but the greatest change took effect in the early 1970s with the CSA. A companion to Nixon’s War on Drugs, the Controlled Substances Act gave the DEA and the Food and Drug Administration (FDA) the power to determine which substances are fit for medical use.

There are currently 5 schedules and their meanings are as follows:

The drugs that are considered the most dangerous by the DEA are known as Schedule I substances. These are drugs with no current medical use, per analysis by the DEA and FDA. These substances also carry a high potential for abuse and addiction.

Some Schedule I drugs include:

Examples of Schedule II drugs include:

The DEA classifies substances with a low to moderate potential for physical and psychological dependence under Schedule III. When misused, these drugs can still lead to abuse or addiction, but they are still less dangerous than drugs in Schedules I and II. You can purchase these drugs at a pharmacy with a prescription, but you generally will not find them available over the counter.

Schedule IV is the next classification level down in the DEA’s roster. Once again, these drugs have clear evidence of viable medical use, and they also possess a low probability for misuse and abuse. Of course, it is important to remember that a low probability does not mean there is no probability. Schedule IV drugs could still lead to addiction if they are seriously misused or mixed with other substances of abuse.

The DEA keeps a list of controlled substances and scheduling in alphabetical order than can be found here.

How does the DEA and FDA know which drugs are safe and which aren’t? Various studies on the drug’s effectiveness and risks are required and reviewed. Any drug entering the market must be analyzed, whether it is a new pharmaceutical or a street drug rising in popularity. First, the DEA determines whether the drug can be abused. If the answer is “yes,” regardless of how low the probability may be, the drug moves forward in the scheduling system.

At this stage, classification can become a little murky. While any drug that is scheduled under the CSA has some potential for abuse, the probability for addiction is so vaguely defined that where a drug is scheduled depends largely on the evidence that research on the drug can yield. Drugs require large-scale clinical trials to showcase their medical merit and keep them out of Schedule I classification. If the evidence is strong enough, the DEA designates the drug in a lower schedule, which deems it acceptable for use.

Items considered for scheduling according to the CSA include:2

Some drugs have been reclassified over the years. For example, in 2014, the DEA reclassified the drug hydrocodone, moving it from Schedule III to Schedule II.3 But on the whole, reclassification or unscheduling a substance is rather rare, and this has led to many controversies surrounding the Controlled Substances Act.

The most well-known controversy surrounds marijuana, a Schedule I substance that many experts believe has only a low to moderate risk for addiction and could possess great medical benefits for individuals suffering from cancer and other serious conditions. Despite a growing body of evidence in support of reclassification, the DEA decided that marijuana would retain its Schedule I status in 2016. To many, this decision was considered a holdover from the War on Drugs mentality, in which any substance once deemed illicit can find no saving grace.

Another CSA controversy surrounds specific language the act uses to exempt alcohol and cigarettes. Title 21 of the United States Code reads, “The term ‘controlled substance’ means a drug or other substance, or immediate precursor, included in Schedule I, II, III, IV, or V of part B of this subchapter. The term does not include distilled spirits, wine, malt beverages, or tobacco.” To critics, this decision seems careless; the dangers of alcohol and tobacco are well documented, and some experts argue that were it not for this exemption, these substances would be Schedule I.

Despite its flaws, the drug classification system is an efficient way to help medical professionals, lawmakers, other officials, and laypeople across the country assess the benefits and dangers of various drugs and medications.