Effects of Clonidine: Short-Term and Long-Term 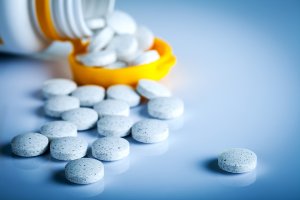 It is also used in combination with other drugs to treat conditions like attention deficit hyperactivity disorder (ADHD), according to Medline Plus. Other uses for the drug include treatment for Tourette’s syndrome, anxiety issues, painful menstruation symptoms, and addiction-related withdrawal.

Clonidine does have abuse potential. It is often abused in conjunction with other drugs, such as methadone, heroin, and prescription painkillers, according to Everyday Health.

The consumption of clonidine results in a decreased heart rate, one of the reasons it is so effective in treating high blood pressure. It relaxes an individual’s blood vessels, creating more room for easier blood flow. Clonidine can also interact with the section of the brain that controls impulsiveness, hence the correlation with ADHD.

Other potential short-term effects include:

Clonidine may also have a sedative effect on a person in the short-term, which could lead to difficulty operating a motor vehicle or other machinery. Mixing clonidine with other depressants, such as alcohol, can be very dangerous due to a potentially enhanced effect of the substance.

Overdose of the drug is possible, and it can have significant effects on the body. Hypertension, and later hypotension, may arise. Central nervous system depression can also come about, as can respiratory depression.

There is the potential for a multitude of adverse effects involving the use of clonidine. People taking the substance may experience fever, headaches, fatigue, and general weakness. More serious effects on the cardiovascular system are also possible. These effects can include heart palpitations, congestive heart failure, and atrioventricular blockage, among others. Such serious effects can be extremely dangerous and, in some cases, irreversible

The central nervous system can also be adversely affected by use of clonidine. Clonidine can bring about anxiety, hallucinations, depression, and sleep disorders. These effects can be severe and dangerous, and they should be treated by medical professionals in short order.

Gastrointestinal effects may also arise due to long-term use of clonidine. Nausea and vomiting can be side effects of the drug, as can abdominal pain. Some users experience constipation as well.

Addiction to clonidine is an effect of long-term use of the drug. Symptoms of clonidine addiction include:

Individuals who have partaken in prolonged use of clonidine can become physically dependent on the substance. According to the Food and Drug Administration (FDA), withdrawal symptoms relating to clonidine include:

Symptoms have become so severe in some cases that they have led to death, showing the seriousness of clonidine withdrawal. Those who witness these symptoms in an individual should contact medical professionals immediately.

Most of the mild long-term effects of clonidine use can be significantly diminished with therapy, but some effects can result in prolonged issues.