Side Effects of Muscle Relaxers 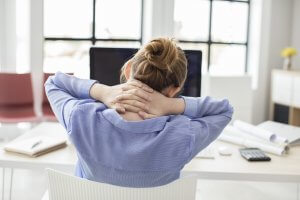 What are Muscle Relaxers?

Muscle relaxers or muscle relaxants are medications used to treat acute muscle pain and discomfort caused by muscle spasms. Muscle spasms are involuntary contractions that cause excessive strain in muscles and are often associated with conditions such as lower back pain and neck pain.

Medications used as muscle relaxers can differ in their chemical structures and the way they work in the brain. In general, muscle relaxers act as central nervous system depressants and cause a sedative effect or prevent your nerves from sending pain signals to your brain. The onset of action is rapid and effects typically last from 4-6 hours.

Some of the common side effects of muscle relaxers include:

Muscle relaxers have a potential for abuse and addiction. Prolonged use can lead to increased tolerance and physical dependence, especially with Soma.3 For this reason, muscle relaxers are intended as a short-term treatment not to be prescribed for more than 2-3 weeks.

Unfortunately, many individuals take muscle relaxers alone or in combination with other illicit drugs for nonmedical reasons, such as to produce or enhance feelings of euphoria and dissociation. According to the Drug Enforcement Administration, Soma is one of the most commonly diverted drugs in the United States.2 Evidence also indicates prevalent misuse of Flexeril. In 2010 there were over 12,000 emergency room visits associated with Flexeril, and in 2016 over 10,000 calls to the Poison Control Centers had involved Flexeril.1

Muscle relaxer abuse can lead to serious dangers such as an increased risk of overdose, which can result in:

Like muscle relaxers, alcohol also depresses the central nervous system. When alcohol is consumed with muscle relaxers the side effects are exacerbated. This can be very dangerous, leading to symptoms like:

It is recommended to not drive or operate heavy machinery when under the influence of muscle relaxers. It is especially important to avoid drinking, as combining muscle relaxers with alcohol greatly increases your risk of an accident.

Find Nationwide Addiction Treatment Near You

Regular use of muscle relaxers causes the brain to become used to its effects. If you attempt to suddenly stop using muscle relaxers you may experience withdrawal symptoms. Depending on the specific drug and how long you have been using it, there are various treatment options available to help you overcome your addiction.

For many people, Flexeril withdrawal causes mild symptoms such as nausea, headache, drowsiness, malaise, and discomfort. Symptoms tend to peak about 2-4 days after you last took the Flexeril, although in some people withdrawal symptoms may last for up to 1-2 weeks. For many people Flexeril detox can be done at home. However, if Flexeril addiction is accompanied by alcohol or opioid abuse the withdrawal symptoms from these other substances can be severe. In these situations, it may be best to undergo professional medical detox.

Soma withdrawal is usually more severe and can include symptoms like hallucinations and seizures. For your safety and comfort, the best inpatient drug rehab center facility may include a detox program to manage withdrawal symptoms. After detox patients can transition into the actual treatment phase of the program. Some people may not require a supervised detox program and will be able to undergo treatment on an outpatient basis.

Most inpatient and outpatient rehab programs include cognitive behavioral therapy that will help you learn the coping skills needed for long-term recovery.