What Are the Dangers and Risks of Mixing Suboxone and Alcohol?

Suboxone is a combination opioid drug containing both buprenorphine and naloxone.
Buprenorphine is a partial opioid agonist, which means that it binds to the same receptors in the brain as other opioid drugs, like morphine, hydrocodone, oxycodone, etc., but it does not produce the full effects of these drugs. Individuals who have developed opiate use disorders will not get the same “high” from buprenorphine that they get from their opioid drug of choice, but the receptors in the brain will be “tricked” into thinking that they are taking an opiate agonist drug, and the person will not experience the withdrawal effects associated with stopping the opiate drug. The United States Drug Enforcement Administration (DEA) lists buprenorphine as a Schedule III controlled substance, indicating that it does have a potential for abuse and the development of physical dependence.

Naloxone is an opiate antagonist, meaning it fits on the opiate receptors in the brain and occupies them, not allowing any opiate drugs to attach to these receptors. In the process of attaching to the opiate receptors in the brain, it removes any opiate drugs that are already there. Once this component of the drug is activated, individuals will immediately go through an opioid withdrawal syndrome. Naloxone can also be used as a standalone medication to treat individuals who overdose on heroin, Vicodin, OxyContin, or other opiate drugs, and its effects are often very fast and efficient.

Suboxone is primarily designed to be an opioid replacement drug to assist individuals who have opiate use disorders in going through the withdrawal process with minimal discomfort. Because Suboxone is an opiate drug, it can also be used to control pain. The buprenorphine in Suboxone controls opiate withdrawal symptoms, and it can be effective in controlling mild to moderate pain. The naloxone is designed as a safeguard to keep individuals from abusing Suboxone.

Suboxone is designed so any attempt to grind up the Suboxone tablets activates the naloxone component, which avoids potential abuses of the drug when individuals attempt to use it in a non-prescribed manner.

Despite all these safeguards, buprenorphine can be a drug of abuse, according to the Substance Abuse and Mental Health Services Administration (SAMHSA).  There was a significant increasing trend of emergency room hospital visits as a result of the nonmedicinal use of buprenorphine from 2006 (4,440 cases) to 2011 (21,483 cases).  Younger individuals were most often involved, with the 18-25 age group having the highest number of ER admissions, followed by the 26-34 age group, and finally by the 35-54 age group. Abuse of buprenorphine in individuals age 55 and over resulting in a hospital admission was rarely documented. Despite these figures, abuse of buprenorphine is not as prevalent as abuse of other opiate drugs, such as oxycodone (the opiate drug found in OxyContin and other drugs), hydrocodone (the opiate drug found in Vicodin and other drugs), heroin, methadone, etc. In addition, a great deal of prescription drug abuse occurs in individuals who have friends with prescriptions for the drug. Over half of prescription pain medicine abuse occurs in individuals who get the medication from a friend or relative, according to data provided by SAMHSA.

Alcohol abuse is the most common form of drug abuse in the US, according to SAMHSA. Both alcohol and Suboxone (the buprenorphine component) act as central nervous system depressants, meaning that their general action results in a decrease in the rate of firing of neurons in the central nervous system (the brain and spinal cord). Mixing alcohol with any opiate drug, including Suboxone, can be an extremely dangerous and even lethal practice. 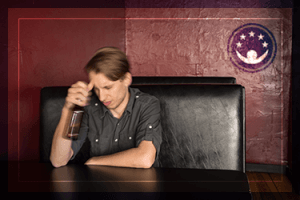 The warning labels on opiate drugs strongly advise patients who take these drugs not to take them with alcohol. Physicians are required to instruct patients to not use these drugs in conjunction with alcohol. Even though buprenorphine is a partial opioid agonist, the same precautions and effects that are associated with other opiate drugs apply to buprenorphine. Because alcohol and buprenorphine are central nervous system depressants, taking them in combination leads to an enhancement of their effects.

Side effects that might occur with buprenorphine use can be significantly increased in intensity and number when the drug is used in combination with alcohol. These side effects include:

Because central nervous system depressants like alcohol and buprenorphine decrease the activity of the neurons in the brain and spinal cord, these drugs can contribute to a number of potentially serious conditions when used in combination on a long-term basis. These conditions include:

Chronic use of alcohol and Suboxone in combination can also lead to a number of other potential issues that can include:

Other Important Things to Consider

If all of the potential risks and dangers listed above are not enough to persuade an individual not to drink alcohol and use Suboxone in combination, there are some other important considerations.

While Suboxone is not a major drug of abuse and the naloxone component of the drug is a potential safeguard against its abuse, the drug may still be abused. The instructions for using Suboxone specifically warn against taking it with any amount of alcohol.

There are a number of potentially serious dangers and risks associated with using Suboxone and alcohol for lengthy periods of time and even using them in combination occasionally.

Individuals who are prescribed Suboxone are typically prescribed the drug as an opiate replacement drug to help them recover from an opiate use disorder. Drinking alcohol with Suboxone is counterproductive to engaging in a healthy and successful recovery and may result in severe long-term consequences.

Editorial Staff
Author
The editorial staff of American Addiction Centers is made up of credentialed clinical reviewers with hands-on experience in or expert knowledge of ad … Read More
Read Our Editorial Policy
Related Topics
Related Tags
alcohol
opioid
Are you covered for addiction treatment? Find your insurance.
Check My Insurance
Do you have insurance?
Don’t wait. Call us now.
Our admissions navigators are available to help 24/7 to discuss treatment.
Get addiction help now (24/7 helpline)We’re here for you every step of the way.