Can Disinhibited Social Engagement Disorder Cause Drug Use? 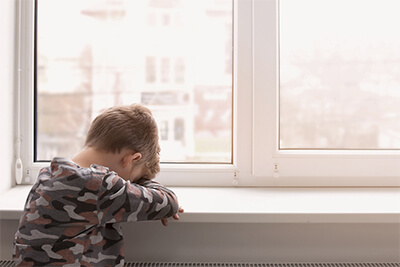 Disinhibited social engagement disorder is a relatively new disorder appearing for the first time in the Diagnostic and Statistical Manual of Mental Disorders – Fifth Edition (DSM-5), published by the American Psychiatric Association (APA). It was previously a form of reactive attachment disorder, a behavioral disorder that occurs in young children.

The disorder involves a child displaying culturally inappropriate and overly familiar behaviors directed at strangers; the child readily approaches and engages with strangers in a seemingly familiar manner and without hesitation or fear. This overly familiar type of behavior violates the social boundaries that are set by the child’s culture.

The diagnosis is not supposed to be made before children are developmentally able to actually form selective types of attachments with adults or others. The DSM-5 suggests that the child must have a developmental age of at least 9 months before being diagnosed with this disorder. The disorder appears to be very rare, but may be more common in children with a history of severe neglect and who have been subsequently placed in institutions or foster care facilities.

The DSM-5 suggests that any type of neglect that occurs after 2 years of age is most likely not associated with the development of the disorder. Because this is a disorder that is diagnosed in young children, it is not a diagnosis that would commonly be given to someone with normal cognitive abilities who is not a toddler (e.g., someone in middle childhood), but if the behavior is extreme and violates cultural norms, it could be diagnosed in adolescents. At the current time, the disorder is not described in adults and therefore individuals over the age of 17 would most likely not be given this diagnosis unless they were diagnosed with it previously.

Features of the Disorder

The diagnosis of disinhibited social engagement disorder will occur when the child repeatedly approaches and interacts with unfamiliar adults and exhibits at least two of the following behaviors:

The child should also have experienced a period of extreme or insufficient care as a result of at least one of the following:

These behaviors should not be due significant impulsivity that occurs in disorders like attention deficit hyperactivity disorder. Again, the child should developmentally be at least 9 months old, meaning that their cognitive and emotional maturity level is that of a typical 9 month old. The distinction between a very friendly and outgoing child and a child with this disorder is not well described; however, this behavior is pervasive, and the developmental aspect of the child’s behavior where the child has little opportunity to develop a solid relationship with a primary caregiver can be used as a barometer to distinguish between a very extroverted child and one with the disorder. The lack of the ability or opportunity for the child to develop one significant attachment with a potential caregiver is believed to be responsible for their overly disinhibited behaviors.

The issues with social neglect that are believed to spur this behavior are believed to have occurred within the first six months of the child’s life. The overly familiar disinhibited behavior can be easily be distinguished by trained clinicians from attention-seeking behaviors that occur in other children.

When this disorder persists into middle and later childhood, the child’s overly familiar behavior is often accompanied by unauthentic attempts to relate to others, particularly when the child is interacting with adults. The disinhibited behavior has been described as occurring from the second year of life through adolescence, and in younger children, the behavior is often perceived as intrusive to those they approach.

As individuals with the disorder get older and form relationships with their peers, most of these relationships are considered to be superficial. It should be noted that the DSM-5 reports that the majority of neglected children do not develop this disorder. There may be some neurological vulnerability that contributes to the development of this disorder. 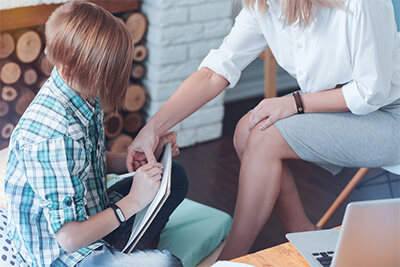 This condition can lead to serious complications with the physical and emotional health of the child if it is not treated. There are no medications that can address the disorder. It is typically addressed by getting the child involved in a long-term, consistent, caring relationship with an adult and using therapy in a safe and stable environment.

Play therapy for children and the development of solid attachments to adults can help resolve the issue. If the condition is not addressed, the child may be unable to form stable relations and attachments as an adult.

Although the disinhibited behavior displayed by the child cannot be due to some other psychological disorder, the DSM-5 suggests that individuals with this disorder may also be diagnosed with ADHD. In such cases, the person would display the appropriate symptom profile of both disorders.

Can Disinhibited Social Engagement Disorder Be a Cause of Substance Abuse?

Because this disorder occurs primarily in children and adolescents, its comorbidity (co-occurrence) with substance abuse is not well described. Moreover, clinical descriptions of adults diagnosed with this disorder (the former reactive attachment version of the disorder) are relatively rare.

Nonetheless, clinicians and researchers will not normally designate that one specific mental health disorder can cause another disorder unless there is a biological basis that has been demonstrated in the research that can substantiate a cause-and-effect relationship. For instance, a stroke may result in an individual receiving a diagnosis of dementia. In such a case, the person would most likely be diagnosed with a form of vascular dementia (cognitive decline due to vascular problems in the brain).

At the time of this writing and in the foreseeable future, there is no way to determine a biological cause-and-effect relationship between the majority of psychological disorders in the DSM-5 and the development of any substance use disorder, even though they may often co-occur. Moreover, some of the research that has attempted to investigate the ramifications of the disorder when not properly treated suggests that the long-term effects may be rather benign; however, the research is scant. Additional research with high-quality measures of functioning needs to be performed.

There are numerous risk factors for the development of substance use disorders, and many of these involve significant issues with childhood stress, a lack of supervision as a child, and relationship issues as a child. Moreover, there is a significant body of research that indicates that issues with impulsivity and risk-taking in children and adolescents are associated with an increased risk to develop issues with substance abuse.

Even in this body of research, there is no insinuation that impulsivity or increased risk-taking causes the development of a substance use disorder. Thus, it can be hypothesized that if the situation is not treated in childhood or adolescence, they could very well be at an increased risk to develop issues with substance abuse. But this increased risk would be a result of numerous factors, including the development of issues with the person’s self-image, their experiences with their use of drugs and alcohol (the experiences would have to be fulfilling for them in some way), and their perceived level of control (how much control they believe they can exert over their issues).

We can hypothesize that it might contribute to the development of a substance abuse issue if the child does not receive adequate treatment for the disorder.