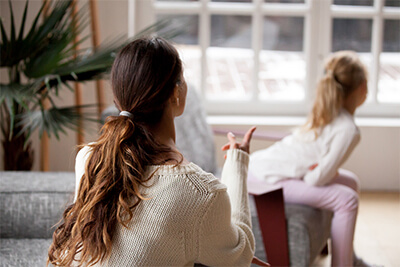 According to the American Psychiatric Association (APA), reactive attachment disorder of infancy or early childhood is a pattern of extremely disturbed and developmentally inappropriate attachment behaviors where the child rarely (if at all) seeks comfort, support, protection, or nurturance from an attachment figure (e.g., parents or other adult caregiver).

In addition, the child must not meet the diagnostic criteria for an autism spectrum disorder, must demonstrate evidence of having this disorder before they are 5 years old, and must have a developmental level of at least 9 months of age. The experiences with insufficient caregiving are believed to be responsible for the child’s disturbed pattern of reactions.

The prevalence of reactive attachment disorder is unknown; however, the disorder is rare even in clinical settings and in settings where there are severely neglected children (less than 10 percent of such children develop this disorder). It is believed that the neglect that may be partially responsible for this disorder must occur early in the child’s development. APA suggests that this diagnosis should be made with extreme caution in children who are older than 5. There are most likely other explanations for these behaviors when older children or adolescents exhibit this type of behavior.

Problems if the Disorder Goes Untreated

It has been suggested that individuals who have this disorder as children and do not get sufficient treatment to help them develop secure attachments with adults will have significant issues later in life. These can include relationship problems, an increased risk for substance abuse, and an increased risk to develop numerous other physical and psychological problems. However, large-scale studies with sufficient data are lacking at this time.

While there is very little hard data to connect substance use disorders specifically with a childhood a diagnosis of reactive attachment disorder, there are some lines of evidence that suggest there may be a relationship between an increased risk for substance abuse and an early diagnosis of reactive attachment disorder, particularly if the disorder is not addressed. The disorder is typically treated via therapy and by having the child consistently interact with a concerned adult caregiver, so the child can form an important bond. Very often, when therapists and caregivers exert extreme patience and understanding with the child, long-term development of secure emotional bonds between the child and adult caregivers can occur.

There are no medications that treat the disorder. If the child is able to develop well-established emotional bonds with adults, the risk that they will suffer from other psychological disorders later is reduced. However, in untreated cases, there are likely numerous potential psychological problems that can develop in these children. The notion that reactive attachment disorder leads to the child later self-medicating their issues with drugs and alcohol would be extremely difficult to empirically support, but it is a valid hypothesis. 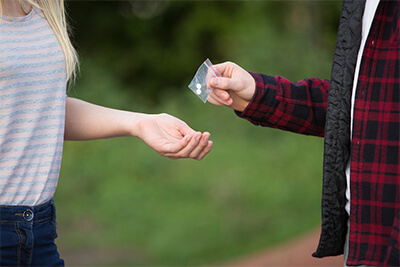 The first line of evidence that individuals with unresolved attachment issues can later be at an increased risk for the development of substance abuse problems comes from the literature regarding the relationship between having a trauma- and stressor-related disorder (which a reaction attachment disorder is) and an increased potential to develop issues with substance abuse. A well-known risk factor for the development of substance abuse issues is the early experience of extreme stress, neglect, or abuse, and a diagnosis of reaction attachment disorder requires that the individual has a history of extreme stress and/or neglect.

The second line of evidence that individuals diagnosed with reaction attachment disorder as children may be at risk to develop substance abuse issues if the disorder cannot be treated comes from the literature that attempts to associate various forms of substance abuse as dysfunctional attempts to develop relationships. Some researchers have actually labeled substance abuse issues as forms of dysfunctional relationships between the person and their substance of choice. The person seeks solace from their use of drugs or alcohol that they would normally attempt to get from close personal relationships with others. Although this approach may be considered a bit extreme by some, there do appear to be some important shared associations between the neurobiological pathways associated with chronic substance abuse and those associated with attachment behaviors.

The third line of evidence comes from the research studies used by APA to identify any co-occurring issues that occur with a reactive attachment disorder. Typically, issues that are associated with severe neglect, such as language delays, cognitive delays, and related issues, are known to occur with neglected children.

APA also reports that issues with malnutrition and depression may co-occur with reactive attachment disorder. It is well-known that having a diagnosis of clinical depression significantly increases the risk that an individual will also have a co-occurring diagnosis of a substance use disorder. Thus, individuals with a childhood history of reactive attachment disorder that has not been treated or fully resolved may develop issues with clinically significant depression that could lead to an increased risk to abuse alcohol and/or other drugs.

The clinical features of untreated reactive attachment disorder as they manifest in adults are not well documented by APA, but other sources suggest that some potential issues can occur. These include the following:

All of these potential issues could certainly increase the risk for the compulsive use of drugs or alcohol, but the specific way in which such behavior would emerge would be quite variable from person to person. Thus, it certainly is possible that some individuals who are diagnosed with a reactive attachment disorder as children may develop substance abuse issues as a result of attempts to self-medicate their emotional distress, but there is very little hard data at the current time to substantiate such a notion.

Certainly, these individuals should receive sufficient care, consideration, and treatment as children to avoid issues that can potentially occur in the future as a result of fear, neglect, the inability to form positive relationships with caring adults, and the significant emotional and cognitive issues that can occur in individuals who are not treated for this disorder. The first step would be to adequately diagnose the disorder in the child and then immediately get the child involved in therapy and with caring adults with whom the child can form meaningful relationships.

If the disorder can be treated early enough, and the child can learn to form caring and trusting relationships with adults, the risk for later issues related to a diagnosis of reactive attachment disorder as a child would be significantly diminished. If not treated, numerous issues with relationships, adjustment to change, and intimacy may occur.