The Forgotten Ones: A Military Veteran’s Report on Stress’s Effects

Abandoned and broken, our veterans are facing a burgeoning health crisis.

Veterans are in the grips of a national health crisis, caused in part by toxic stress induced brain injury. Despite billions spent by the federal government, rates of suicide, homelessness, and substance abuse either rise or stay flat in the veteran population. Here, we will briefly discuss the pathogenesis causing this, and the integrative medical therapies available to combat this epic problem.

The Changing Landscape of Warfare

The United States is committed to a prolonged state of armed conflict, which has created a crisis for veterans. The crucial issue of mental healthcare for veterans is more important than ever before due to the considerable number of veterans returning from combat missions who have experienced episodes of PTSD and other mental health conditions.

More than 1.5 million of the 5.5 million veterans seen in VA hospitals had a mental health diagnosis in 2016.1 This represents about a 31% increase since 2004.

The changing nature of warfare increases the chance for injuries that affect mental health. Veterans also face significant challenges upon returning home. These are just a couple of reasons why PTSD Diagnoses are on the rise.2

The potential negative effects of mental health issues, such as suicide, affect the more than 107,000 veterans who are homeless on any given night. Alarming numbers of veterans die by suicide each day, which makes the response to veteran mental health needs more urgent with each passing day.3

In their landmark study, Schoebaum and Kessler examined common mental health disorders among Army participants and whether the disorder developed prior to entering the Army. 4

Based upon the results from the Army Study to Assess Risk and Resilience in Service members (Army STARRS), they found that the most common disorders for Army participants were ADHD and intermittent explosive disorders—both mental health predictors for suicide and accidental death. The prevalence of the theses disorders is higher among Army soldiers compared to civilian populations of the same age and sex.4

Below is an excerpt from the Report on Section 593 of the National Defense Authorization Act for Fiscal Year 2016:5

“Prospective members of the Armed Forces are screened at the time of accession for both currently present, and histories of, physical and mental conditions that may be disqualifying for accession. The Department of Defense (DoD), specifically the United States Military Entrance Processing Command (USMEPCOM), has processes in place to conduct these screenings and to identify individuals who do not meet the standards outlined in Department of Defense Instruction (DoDI) 6130.03 “Medical Standards for Appointment, Enlistment, or Induction in the Military Services,” dated April 28, 2010. Each of these screening steps in the Military Entrance Processing Station (MEPS) examination process is detailed in the Attachment of this report.”

“These Medical Standards require screening for learning, psychiatric, and behavioral issues inclusive with screenings for all physical systems (e.g., neck, eyes, spine) and other conditions (neurologic and sleep disorders). If, at the time of this screening, a physical or mental condition is identified that may be disqualifying, the prospective member can be referred for additional assessment by a medical specialist consultant prior to a final medical qualification decision being made by USMEPCOM. Not all applicants are referred. If the MEPS provider has enough information to make the medical qualification decision, a consult is not necessary. The consultants never make the qualification decision; they just provide medical information regarding the applicant, and the MEPS medical provider, as the DoD authority for this decision, can independently medically qualify or disqualify the applicant based on their clinical judgment.”

This passage clearly states MEPS screens military recruits for mental health disorders upon enlistment. Simply put, the overwhelming incidence of mental health injury among veterans is a direct result of their military experience.

War & Stress by the Numbers

In their book The Three Trillion Dollar War: The True Cost of the Iraq Conflict, economists Joseph E. Stiglitz and Linda J. Bilmes state gross estimates of treating veterans with PTSD will reach over $950 billion, exceeding the total cost of war.8

Stiglitz, a Nobel Laurate in Economics, explains that the Veteran Administration’s (VA) estimates are grossly underestimated due to both an increase in VA claims since 2005 and the inability of the VA to foresee the full spectrum of medical conditions veterans suffer as a byproduct of PTSD.8

Stiglitz further states “Historically, the cost of caring for war veterans rises for several decades and peaks 30 to 40 years or more after a conflict. This will be especially true for veterans of the current wars, who are already utilizing VA medical services and applying for disability benefits at much higher rates than in previous wars.”8 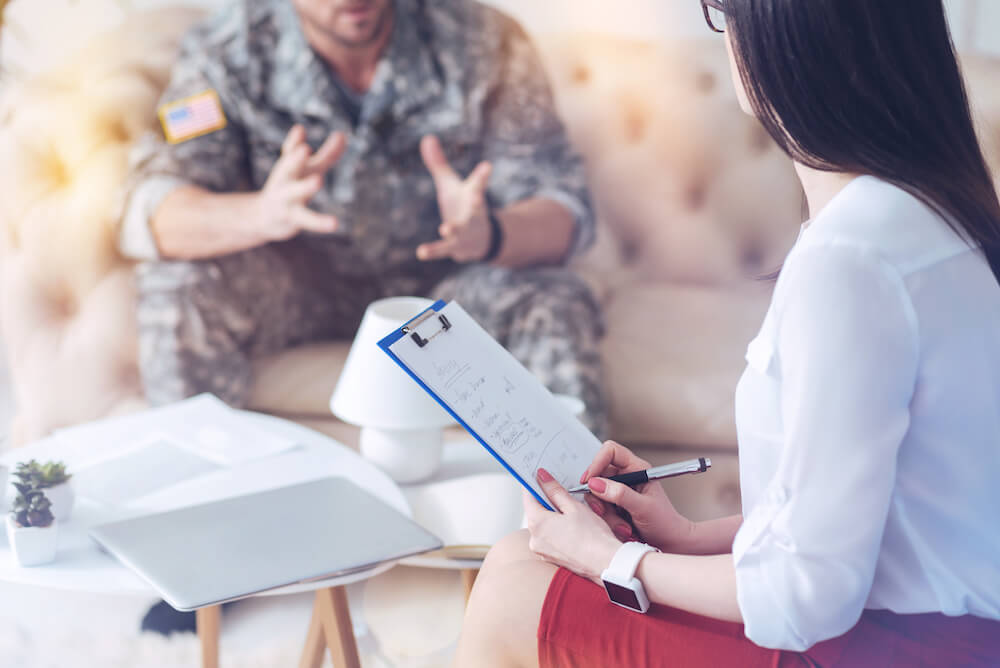 One of the reasons there is a veteran mental health crisis is because veterans are overwhelmingly diagnosed with mood and anxiety disorders due to trauma, and doctors overlook brain damage due toxic effects of stress over time.

Being a member of the U.S. military comes with the burden of many stressors that go unrecognized, such as extended time periods away from family, long hours on night schedules, and stressful training environments. Most U.S. military personnel will suffer some type of injury in their career, with the army citing 2,500 injuries for every 1,000 soldiers.17

U.S. military personnel are expected to maintain professional advancement, often with limited advancement opportunities, resulting in automatic discharge if they fail to advance. This is referred to as higher tenure. According to the Census Bureau, there are 23,000 active duty members living on SNAP benefits (formerly known as food stamps).18

Active-duty military members are not the only ones who are impacted by the demands of the military. According to a U.S. Census Bureau report from 2015, military supervisors have the highest divorce rates among any career.19

This is just a fraction of the stress active-duty personnel live with, not including deployments to combat zones, which are often 6 months to a year in duration. Although each of the stressors individually may not cause the toxic effects of stress, together they can create a cascading additive effect. 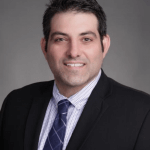 James White, LT USN (SEAL) RET. PA-C, MBA-C
Author
James lives by the tenets of honesty, grit, and analytical thinking. His wish is to raise awareness and resources, through philanthropy, to aide vete … Read More
Read Our Editorial Policy
Related Topics
Related Tags
veterans
Are you covered for addiction treatment? Find your insurance.
Check My Insurance
Do you have insurance?
Don’t wait. Call us now.
Our admissions navigators are available to help 24/7 to discuss treatment.
Why call us?
Get addiction help now (24/7 helpline)We’re here for you every step of the way.