A powerful prescription opioid drug more potent than morphine, fentanyl is manufactured in transdermal patches (Duragesic), as a lozenge often called “lollipops” (Aqtic), and in an injectable form (Sublimaze), per the National Institute on Drug Abuse (NIDA).

Fentanyl has a similar method of action that the illegal drug heroin has, although it is more than a 100 times more potent, the journal Primary Care Companion for CNS Disorders reports.

The Drug Enforcement Administration (DEA) reports that fentanyl abuse has risen in recent years, as emergency department visits, drug seizures, and overdose deaths related to the drug have all increased. Fentanyl patches are meant to be used by individuals who are already tolerant to other opioid drugs and require around-the-clock pain management, like cancer patients. Opioid tolerance occurs when someone takes an opioid drug for a period of time, and it stops working the way it did initially. Pain symptoms may “break through,” and individuals may need to take more painkillers to obtain relief. Once a tolerance has formed and higher doses are then taken, an opioid dependence may not be far behind.

When someone takes an opioid drug, changes are made to the chemistry in the brain, as the drugs fill opioid receptors along the central nervous system and change the way some of the brain’s messengers, or neurotransmitters, move around. Once dependence has set in, the brain will no longer keep making these neurotransmitters at necessary levels on its own and instead rely on the drug’s interference. If the drug is removed, opioid withdrawal syndrome can begin as the brain struggles to restore balance. Physically, the symptoms may be flu-like in nature, and psychological symptoms may be intense as well. Fentanyl dependence can set in regardless if a person is taking the drug licitly with a valid and medically necessary prescription, or if someone is taking it recreationally.

It is never recommended to stop taking a drug like fentanyl “cold turkey,” especially without professional supervision and aid. Opioid withdrawal syndrome may be tempered with a slow removal of the drug over a period of time, called tapering, or through medical detox.

Opioid withdrawal syndrome usually begins within 12-30 hours of the last dose of an opioid, the National Library of Medicine (NLM) reports. Fentanyl, in patch form, is an extended-release medication with effects that may continue to increase for the first 12-24 hours of wearing it, lasting up to 72 hours total, according to the labeling information provided by the U.S. Food and Drug Administration (FDA) for Duragesic. With a half-life of around 17 hours after removal of the patch, withdrawal likely begins around a day or so of taking it off. The FDA reports the following as potential side effects of the opioid withdrawal syndrome that occurs when Duragesic (fentanyl) leaves the bloodstream:

Opioid withdrawal syndrome likely peaks in the first few days and levels off within a week or so.

Depression and difficulties feeling pleasure due to the disruption of dopamine and other pleasure-inducing neurotransmitters may be psychological side effects that, along with drug cravings, may persist a bit longer.

As sudden discontinuation of fentanyl may induce opioid withdrawal, individuals may instead chose to slowly taper off the drug. Tapering is the slow removal of fentanyl over a set period of time, and it is also called weaning off the drug. This must be performed under the direction and watchful eye of a medical professional who can set up a tapering schedule that may be able to keep withdrawal symptoms from manifesting by keeping some of the opioid drug in the system. By slowly removing the drug and not stopping “cold turkey,” opioid withdrawal may be managed.

To taper off fentanyl, a person may be first switched to another opioid, such as long-acting morphine or methadone, as reported in the Tapering and Discontinuation of Opioids published by the U.S. Department of Defense (DoD) and the Department of Veterans Affairs (VA). After a person is switched over, these opioids are reduced by about 20-50 percent each day until the dosage reaches 30 mg/day for methadone or 45 mg/day for morphine. At this point, the dosage can be reduced by 15 mg every 2-5 days for morphine and by 5 mg every 3-5 days down to 10 mg/day. It can then be reduced by 2.5 mg every 3-5 days down to 0 for methadone.

Tapering may not be exactly the same for everyone, and different schedules may need to be adopted. There are several factors that may require the schedule to be modified, such as:

A doctor, substance abuse professional, or other medical professional can help people to set up an individualized tapering schedule to wean off fentanyl safely while minimizing withdrawal symptoms. 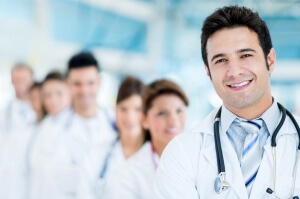 The method of removing fentanyl from the body safely is called detox, which is the removal of toxic substances from the bloodstream.

This process is usually performed in a specialized substance abuse treatment center. Detox can be part of either an outpatient or a residential program, depending on the specific needs of the individual. Typically, residential detox is called medical detox, as it includes medical and mental health support provided by highly trained professionals around the clock. Vital signs are monitored to ensure each individual’s safety, and medications are also often used to manage physical and emotional withdrawal symptoms. Residential detox is usually recommended for fentanyl withdrawal as it is such a powerful opioid.

Detox typically lasts about 5-7 days, though it can extend up to 10 or more days if needed. Some people may need more or less time, as detox is unique for each individual. A thorough evaluation during intake can help determine the optimal length of time for the detox process.

In some instances, fentanyl may be replaced with a different opioid agonist during detox. Buprenorphine products are commonly used to aid in opioid withdrawal. Buprenorphine is a partial opioid agonist that is FDA-approved to treat opioid dependence. The Substance Abuse and Mental Health Services Administration (SAMHSA) reports the brand names Bunavail, Suboxone, and Zubsolv all contain buprenorphine as well as the opioid antagonist naloxone, and buprenorphine can be found in transmucosal products like Subutex. Buprenorphine acts on opioid receptors in the brain like other opioids, but to a much lesser degree. This action can help reduce withdrawal symptoms without producing the euphoric “high” that opioid narcotics like fentanyl are known to produce. Naloxone, on the other hand, has the opposite effect and actually blocks opioid receptors from receiving opioids. The naloxone component of these opioid dependency medications remains dormant unless they are altered or abused, and then, if activated, can cause withdrawal to come on full force. Combination medications may be reserved for post detox, after fentanyl and other opioids are completely out of the system.

Medical detox can be highly beneficial in helping to safely and smoothly remove fentanyl from the body and achieve a healthy physical balance. When it is followed with a substance abuse treatment program that uses both therapeutic and pharmaceutical tools, cravings and other negative psychological and behavioral symptoms of substance abuse and addiction can be improved and managed on a long-term basis.