Modafinil is a central nervous system (CNS) stimulant medication used primarily to help people remain awake, combat fatigue, and increase concentration. It is an eugeroic medication, which means it is wakefulness-promoting agent. As a stimulant, it is not as powerful as amphetamine, but it does produce similar effects to the more potent stimulants, only at a less intense level of CNS arousal.

Modafinil is used clinically to treat conditions such as sleep disorders like narcolepsy, to assist people who suffer from sleep apnea and as a result experience excessive daytime sleepiness, and for people with shift work disorder who suffer from excessive sleepiness due to having a work schedule that is out of sync with their daily sleep/wake routine.

Modafinil also has off-label uses as a cognitive enhancer, to help people to focus their attention more efficiently, and it has been used to treat excessive fatigue associated with medical conditions like multiple sclerosis, cancer, or Parkinson’s disease. There is also evidence that modafinil may be useful in as an assistive medication added to antidepressant medications in the treatment of severe depression.

As one might expect, the drug has also been used as an off-label medication to assist in the treatment of ADHD. There has been some interest for its potential uses in the military, for airline pilots, and even for astronauts due it its ability to promote wakefulness and to increase concentration. 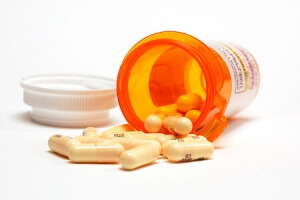 According to Michael Billard, MD, co-author of the book, Sleep Medicine: A Comprehensive Guide to Its Development, Clinical Milestones, and Advances in Treatment, modafinil was originally developed in the 1970s in France where early research was performed, and the drug was found to be an effective treatment for narcolepsy. The final clinical research was completed in 1986 indicting that the drug was not only effective for treating narcolepsy and other sleep disorders, but also reduced the need for sleep in healthy people. The drug received FDA approval in 1998 and was marketed under the brand name Provigil in the United States.

How Does Modafinil Work?

According to Dr. Billard, the exact mechanism by which modafinil works is unknown at this time; however, it is believed that the drug stimulates the production of a class of neurotransmitters called monoamines that include the neurotransmitters:

It is suggested that this may be the main action of modafinil that contributes to its clinical effects. Eugeroic type medications also include similar drugs like adrafinil (Olmifon, which is now discontinued) and armodafinil (Nuvigil).

According to most sources, it appears that modafinil is generally well tolerated in most people. As with any mediation, people may develop an allergic reaction to the medication. Use should be immediately discontinued when this happens, and people should contact their physicians at once.

Some sources also advise close supervision by a physician when using modafinil.

Modafinil is classified as a Schedule IV controlled substance, meaning that it cannot be legally obtained without a prescription from a physician. According to the United States Drug Enforcement Agency, the drugs classified in this category are believed to have a very low potential for abuse or physical dependence (addiction). Nonetheless, there does appear to be some research to suggest that modafinil might have a potential for addiction or abuse:

Because most of the research indicates it has a low potential for addiction, modafinil has been suggested as being potentially useful in treating people recovering from addiction to cocaine or other drugs, such as methamphetamine, much in the same way methadone is often considered to be useful in recovery from addiction to opiates. One recent double-blind placebo-controlled study found no overall effects of treatment with modafinil compared to a placebo for cocaine addiction, but it did find significant differences in the reduction of self-reported cocaine cravings in people addicted to cocaine and higher maximum consecutive days of no cocaine use in the modafinil treatment group compared to the placebo group.

Another recent study found no significant effect for modafinil compared to a placebo for treating methamphetamine addiction, but the researchers suggested that further research needed to be completed. This particular study had a few methodological weaknesses, including small sample sizes, limited dosages used in the study, and the limited duration of the study.

Find Addiction Treatment Facilities Near Me

Modafinil as a Cognitive Enhancer

Modafinil has received some publicity as a potential smart drug in the never-ending quest to find drugs that increase a person’s mental abilities. As a result of this claim, college and high school students, working professionals, and others have used it in attempt to increase their brainpower. However, the ability of modafinil to assist one’s cognitive functioning or its use as a cognitive enhancer is very simply understood by its mechanism of action, and there is no mystery or special quality associated with it.

Because modafinil is a stimulant at low to moderate doses, it will increase the ability of many people to concentrate in the same way that having a few cups of coffee increases concentration in individuals. There is no magic to this effect. Most stimulant drugs can increase concentration at low levels, but at higher levels, they can actually make one even more distractible.

Part of the issue in the search for smart drugs lies in the often repeated misconception that people only use a small percentage of their brain (such as, “People only use 10 percent of their brain.”) and that there is a way increase one’s brainpower by getting them to use a higher proportion of their available brain potential. This myth was originally propagated based on a misperception of a quote by the early American psychologist William James and then repeated many times by people and/or companies who were most often trying to sell a product of some type to “increase one’s brain potential” or to “increase one’s brain power.” The myth is also propagated heavily in the media and movies.

All available empirical evidence indicates that there is no truth to the myth that we only use a small part or percentage of our brain potential other than the fact that many times we may not be motivated, may not have all the available information needed to solve a problem, approach problem-solving or learning inefficiently, or have other circumstances that distract us from a task at hand. The myth is often proliferated by simple practice effects and even placebo effects associated with certain brain training programs and by the normal mechanism through which stimulants marketed as cognitive enhancers actually work. Of course, some of these drugs work better than others, and this seems to simply fuel the myth.

Modafinil does have some useful clinical applications; however, it is not a wonder drug.

Editorial Staff
Author
The editorial staff of American Addiction Centers is made up of credentialed clinical reviewers with hands-on experience in or expert knowledge of ad … Read More
Read Our Editorial Policy
Related Topics
Related Tags
stimulants
treatment
Don’t wait. Call us now.
Our admissions navigators are available to help 24/7 to discuss treatment.
Why call us?
Get addiction help now (24/7 helpline)We’re here for you every step of the way.