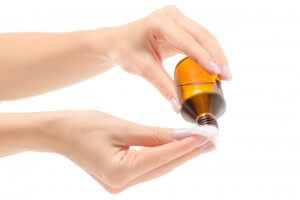 What is Rubbing Alcohol?

Isopropanol is most commonly found in rubbing alcohol, a solution typically containing about 70% isopropanol and 30% water. Isopropanol (or isopropyl alcohol) is a clear, colorless liquid with a slightly fruity odor and bitter taste. It is used in a wide variety of commercially available products such as cosmetics, lotions, aftershaves, cleaners, disinfectants, hand sanitizers, antifreezes, solvents, inks, and pharmaceuticals.

Why do People Drink Rubbing Alcohol?

Rubbing alcohol is sometimes substituted for ethanol due to its much lower cost and widespread availability. For example, a 16-ounce bottle of rubbing alcohol costs little more than one dollar and can be purchased pretty much anytime of the day at a 24-hour drug store. Rubbing alcohol is also more potent than ethanol and is very quickly absorbed into the bloodstream. But these same characteristics that allow you to get more drunk more quickly are also responsible for the extreme risks and dangers associated with drinking rubbing alcohol.

The Risks and Dangers of Drinking Rubbing Alcohol

Drinking rubbing alcohol is much more dangerous compared to drinking ethanol. Isopropanol is more intoxicating than ethanol at comparable concentrations and is more likely to produce impaired consciousness (such as slurred speech, stumbling, and sedation), decreased body heat production, dangerously low blood pressure, and even cardiopulmonary collapse. Rubbing alcohol is rapidly absorbed by the body, with blood levels peaking between 30 minutes and 3 hours after ingestion.1 Due to the chemical makeup of rubbing alcohol it is metabolized much differently than ethanol, causing the body to become overwhelmed by toxins. Essentially, rubbing alcohol is broken down into acetone, the toxic chemical found in nail polish remover.

Acetone is a gastrointestinal irritant that can cause the following digestive tract issues:3

Acetone also triggers severe depression of the central nervous system. This can result in the following dangerous conditions:3

Rubbing alcohol is very dangerous to consume at any quantity. Massive ingestion is especially risky and can cause depressed cardiovascular function, internal bleeding, organ damage, shock, and even death.3

Rubbing alcohol is not a substitute for liquor, wine, or beer, and under no circumstances is it intended for human consumption. If you suspect someone has consumed rubbing alcohol, whether by accident or on purpose, call 911 immediately. You can also contact the American Association of Poison Control at 1-800-222-1222 to receive immediate, expert guidance from local poison control specialists serving your area.

If you or someone you know has considered drinking rubbing alcohol because of an ongoing struggle with alcohol addiction, please contact a rehab center for the available treatment options that can help you on your path to recovery.