Cocaethylene Effects and Dangers: The Product of Cocaine and Alcohol Use

Authored by Editorial Staff
Last Updated: June 15, 2021
Why call us?

Editorial Staff
The editorial staff of American Addiction Centers is made up of credentialed clinical reviewers with hands-on experience in or expert knowledge of addiction treatment.
Related Topics
Related Tags
alcohol
cocaine 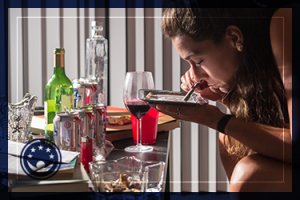 According to the Journal of Medical Toxicology, when a person uses both alcohol and cocaine, the substances form a very unique substance known as cocaethylene as result of the substances being metabolized in the liver. Cocaethylene, also known as ethylbenzoylecgonine, has some significant effects of its own.

How Cocaethylene Is Produced

According to The Neurochemistry of Abused Drugs, the production of cocaethylene occurs in the liver. The liver is the main organ that is associated with the detoxification process.

Whenever a person consumes any substance, there are a number of waste products, and some substances can build up in the system and be harmful. When certain harmful substances and/or waste products accrue in the bloodstream, they are processed through the liver where the natural process of metabolism breaks them down so they can be eliminated from the body, typically through urine.

As individuals continue to drink alcohol, this continued alcohol consumption begins to disrupt the elimination of cocaethylene in the liver, and it begins to pass from the liver into the bloodstream where it can affect a number of tissues and organs. The addition of cocaethylene to the alcohol and cocaine already in the system can produce effects that are much more powerful than the effects that alcohol or cocaine alone produce.

The effects of cocaethylene in the liver and bloodstream are more salient in those who use both alcohol and cocaine together on a regular basis; however, some of the effects, such as sudden heart attacks or impulsive behaviors, may even occur in occasional users who combine the two drugs.

Some of the effects of the production of cocaethylene include:

Other Complications of Polysubstance Abuse

These individuals are also at serious risk for potentially fatal issues associated with discontinuing alcohol. A percentage of individuals who have moderate to severe alcohol use disorders are at risk to develop potentially fatal seizures during the withdrawal period and/or a condition known as delirium tremens (DTs) that consists of marked confusion, hallucinations, and a number of other negative physical effects. Because chronic and habitual combined use of alcohol and cocaine can exacerbate the symptoms of both alcohol and cocaine abuse, and increase the risk for the development of complications, it would be expected that these individuals are also at an increased risk for the development of severe issues with physical dependence on both substances.

Individuals entering treatment as a result of combined use of alcohol and cocaine face a number of difficult challenges. Treatment providers will need to address the use of both substances concurrently as well as any co-occurring physical and mental health disorders, such as depression, personality disorders, anxiety, etc. Treatment for individuals who have a number of different co-occurring disorders can become very complicated, and it is often fraught with setbacks and potential relapses. These issues are even further complicated by the effects to the body and mind that occur as a result of the prolonged effects of cocaethylene.

That being said, there is always hope for recovery. With comprehensive care, individuals who regularly abuse cocaine and alcohol together can effectively leave this abuse in their past and move forward into a healthier future.

Our Treatment Centers by State
Last Updated on June 15, 2021
Share

Editorial Staff
The editorial staff of American Addiction Centers is made up of credentialed clinical reviewers with hands-on experience in or expert knowledge of addiction treatment.
Related Topics
Related Tags
alcohol
cocaine
Don’t wait. Call us now.
Our admissions navigators are available to help 24/7 to discuss treatment.
Why call us?