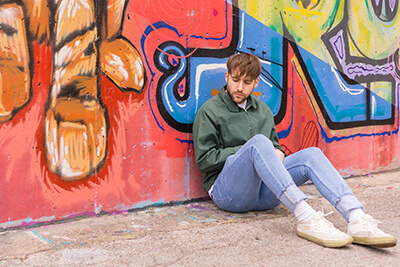 Bath salts in the current context do not refer to personal hygiene or bathing products found in local drugstores. Bath salts are manmade drugs that are chemically linked to the substance cathinone, a stimulant drug originating from the khat plant that grows in parts of Africa and the Middle East.

People chew the leaves of the khat plant and brew the leaves and stems in teas to achieve stimulant effects. Synthetic cathinones, commonly referred to as bath salts, have much stronger effects than the stimulant cathinone (which is also considered to be a potentially dangerous drug) and are significantly dangerous substances of abuse.

The National Institute of Drug Abuse (NIDA) reports that bath salts are designer drugs that are synthetically produced in private laboratories. Their production is aimed at a particular target market that uses them for their psychoactive effects.

NIDA reports that the most common ingredient in bath salts is a synthetic substance known as 3, 4 methylenedioxypyrovalerone (MDPV). MDPV is a central nervous system stimulant belonging to the phenethylamine group. Other stimulant substances found in bath salts are mephedrone and pyrovalerone. All of these substances have been classified by the United States Drug Enforcement Administration (DEA) as Schedule I controlled substances. This means that the substances have no recognized medicinal uses and are significant substances with the potential for the development of abuse and physical dependence. NIDA and the DEA both report that the effects of these drugs are similar to the effects that occur with the use of methamphetamine (crystal meth) or the rave drug ecstasy (MDMA).

Bath salts may be found for sale under a number of names, including flakka, white lightning, vanilla sky, zoom, white dove, and a host of others. These substances are typically manufactured overseas in countries like China and India, and there is very little supervision that goes into their production. They were often purchased in local stores until the DEA formally listed them as controlled substances. Despite their current designation, they can still be found online.

Bath salts affect the central nervous system, resulting in massive increases of dopamine and norepinephrine in the brain. This accounts for their psychoactive effects as well as a number of potential dangerous effects that can occur as a result of taking them.


Individuals who chronically use bath salts may demonstrate a number of cognitive issues, such as issues with attention. A number of these effects, such as cardiovascular effects, seizures, and brain swelling, can be fatal, and there have been fatalities associated with the use of these substances. Seizures, swelling of the brain, and respiratory distress may produce significant damage to areas of the brain. Frequent and chronic use of these substances is also associated with the development of a formal substance use disorder in which users develop physical dependence.

According to NIDA and other research sources, users of bath salts are typically young adult males who are either in school or employed and who have a history of other stimulant use or polydrug abuse. While users are typically young adults, there is quite a bit of variability in the age range of individuals who have been noted to abuse these substances. Bath salts are often taken in a bingeing fashion in social settings, such as parties, nightclubs, etc., and very frequently used with other drugs, particularly alcohol, cocaine, cannabis products, ecstasy, or ketamine. 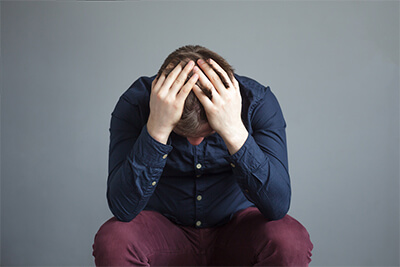 Animal studies using rodents have found that the animals will self-administer synthetic cathinones similarly to how rodents compulsively self-administer cocaine, methamphetamine, and heroin.

The observations from these findings suggest that chronic use of these drugs is associated with significant cravings for them, and this association may represent a change in the pathways of the brain. Observational studies of individuals who have abused cathinones are also consistent with animal findings regarding severe cravings.

Cravings for bath salts may also be strongly reinforced when an individual develops physical dependence through a mechanism known as negative reinforcement. Negative reinforcement occurs when a behavior results in the removal of an unpleasant stimulus or situation.

Individuals who begin to experience withdrawal symptoms from synthetic cathinones as a result of not using them can eliminate these unpleasant symptoms by simply taking the drug. This reinforces the behavior of taking the drug and strengthens the behavior of drug use. Whenever an individual begins to experience cravings or withdrawal symptoms, they simply repeat this behavior.

There is very little reliable research outlining a timeline for withdrawal from these substances. Because many different substances may actually be in products labeled as “bath salts,” there is most likely quite a bit of variability in the withdrawal syndrome that occurs.

Even though it is extremely important for individuals to become enrolled in a physician-assisted withdrawal management program, simply completing a medical detox program will not suffice. Individuals need to become involved in long-term treatment programs that include therapy and social support. Individuals who simply go through detox without engaging in substance use disorder treatment are often doomed to relapse.

Editorial Staff
Author
The editorial staff of American Addiction Centers is made up of credentialed clinical reviewers with hands-on experience in or expert knowledge of ad … Read More
Read Our Editorial Policies
Related Topics
Related Tags
dissociatives
synthetic
Don’t wait. Call us now.
Our admissions navigators are available to help 24/7 to discuss treatment.
Why call us?
Get addiction help now (24/7 helpline)We’re here for you every step of the way.
;