Extreme fluctuations in mood and energy levels are the hallmark signs of bipolar disorder, a form of mental illness that causes severe psychological instability.

Bipolar disorder involves more than just typical mood swings; it causes dramatic changes in emotional states, cognitive functioning, judgment, and behavior. People with bipolar disorder can veer from a depressed state to a manic high in a matter of weeks or even days, depending on the type of the disorder and the nature of their episodes. The effects of bipolar disorder are wide-ranging, causing relationship conflicts, occupational difficulties, an increased risk of suicide, and an overall decline in quality of life.

The incidence of substance abuse is higher among individuals with bipolar disorder than among the population as a whole. The National Alliance on Mental Illness states that over half of people with bipolar disorder (56 percent) have a history of illicit drug abuse, while 44 percent have abused or are dependent on alcohol. When severe bipolar disorder co-occurs with drug or alcohol addiction, the potential for negative outcomes increases. A combination of therapies — including psychiatric medications, individual and group therapy, and intensive substance abuse treatment — can help these clients achieve a sense of inner balance and create more satisfying, productive lives.

Detecting the Signs of Bipolar Disorder

Bipolar disorder can be difficult to identify, especially in people who abuse drugs or alcohol. The extreme mood swings caused by this psychiatric disorder can resemble the highs and lows that individuals experience during periods of intoxication or withdrawal from substances. By the same token, substance abuse can intensify the highs and lows of bipolar disorder, making it hard to know whether these mood swings are chemically or psychologically induced.

The changes caused by bipolar disorder are much more drastic than the mood swings that average adults experience throughout their lives. Although these fluctuations may follow certain patterns, they often strike in unpredictable ways, leaving the individual feeling out of control. Similarly, loved ones, coworkers, or acquaintances may feel helpless when confronted by these dramatic changes in the individual’s personality. The red flags of bipolar disorder can be divided into depressive and manic symptoms:

Symptoms of bipolar disorder can vary from one individual to another.

Substance abuse may occur in either a manic or depressive state. When individuals are in a manic phase, they may use stimulants like methamphetamine or cocaine to prolong this high-energy period or depressants like alcohol or tranquilizers to calm down. In a depressive phase, sedatives or depressants may be used to calm feelings of hopelessness, while stimulants may be used to elevate mood.

In an attempt to regulate these changes in mood and energy, individuals with bipolar disorder may abuse drugs or alcohol. According to the Journal of Clinical Psychiatry, up to 70 percent of people who meet the criteria for bipolar disorder also have a history of substance abuse — a percentage that far exceeds the general population. Substance abuse affects the outcomes of bipolar disorder in several ways:

Treating bipolar disorder and substance abuse can be complex, requiring intensive attention to the symptoms of mental illness as well as the behaviors associated with addiction. The results of treatment for individuals with dual diagnoses, or a mental illness co-occurring with a substance use disorder, are generally much better if both conditions are treated at the same time, within the same program. In order to provide the most effective care, staff should be cross-trained in mental health care and substance abuse treatment.

The Centers for Disease Control and Prevention notes that the psychological and physical impairment caused by bipolar disorder make it the most expensive behavioral health diagnosis, both in terms of health care costs and loss of quality of life. Individuals with bipolar disorder may feel misunderstood, stigmatized, or isolated because of their illness. The disorder can have a negative impact on all aspects of a person’s life, from occupational functioning to the quality of relationships. Having the support and concern of a close friend or family member can make a significant difference in the outcome of treatment.

Many people feel uncomfortable about broaching the subjects of mental illness and addiction with a loved one. However, it is important to remember that the course of addiction and bipolar disorder will rarely improve without professional intervention. Expressing concern to a loved one may feel awkward or embarrassing at first, but this conversation could make a significant difference in the outcome of the disease.

Too often, the official diagnosis of bipolar disorder comes years after the individual has first experienced symptoms. The Journal of Clinical Psychiatry states that most people with the disorder do not receive treatment until at least six years after having their first episode. Because of this delay, symptoms tend to be more extreme and relapse is more common in the early stages of treatment. Intervening on behalf of a loved one who is displaying the signs of bipolar disorder and substance abuse could prevent these unnecessary delays and expedite the process of recovery.

Bipolar disorder is a complex psychiatric condition, especially when combined with a substance use disorder. Treatment should draw from multiple modalities and disciplines to address the client’s neurological, psychological, physical, and psychosocial needs. In addition to intensive individual therapy, clients with dual diagnoses of bipolar disorder and addiction can benefit from the following research-based interventions: 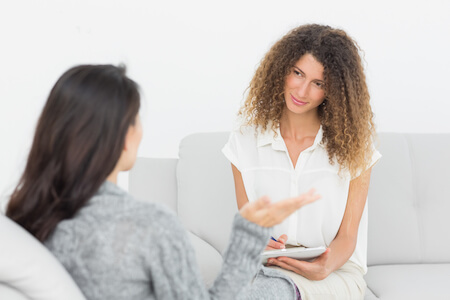 For many individuals with bipolar disorder, medication therapy is highly effective at controlling symptoms. By stabilizing moods and restoring balance to energy levels, psychiatric medications can also help to curb the impulse to abuse alcohol or drugs. Medications must be selected and adjusted carefully, as certain types of drugs can trigger manic episodes or worsen depression. The antidepressants that are used successfully to treat major depression, for example, may not be effective at treating bipolar depression and can actually induce a manic phase in bipolar patients, especially if they are used without other medications. The most common drugs used to treat bipolar disorder fall into the following categories:

In order to provide comprehensive care for a client with a dual diagnosis, substance abuse treatment should occur at the same time, through the same program.

This integrated approach to treatment represents a departure from older schools of thought, which maintained that substance abuse treatment and mental health were separate, distinct fields. Today, integrated rehabilitation programs incorporate therapy for bipolar disorder and other forms of mental illness with addiction treatment. Addiction treatment services include:

In the early stages of rehab, many clients need the structure and supervision of an inpatient or residential treatment program. After establishing a foundation for recovery and completing the intensive, initial work of rehab, clients may make the transition to outpatient services, which provide more flexibility and autonomy.

Find Dual Diagnosis Treatment Near You 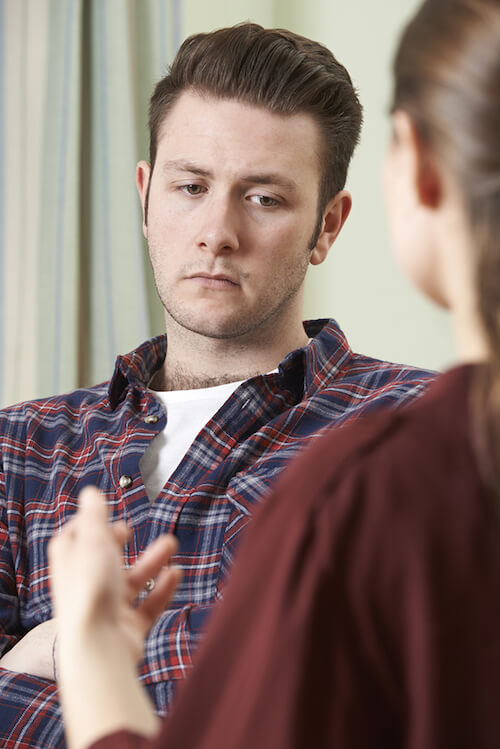 Both bipolar disorder and addiction are complex, multifaceted conditions that affect all aspects of the individual’s life. Like bipolar disorder, addiction is a progressive illness that increases in severity if left untreated. In order to provide comprehensive care and maximize the outcomes of therapy, a rehab program should offer services for both substance abuse and mental health treatment. With a combination of research-based therapeutic modalities, pharmaceutical interventions, and psychosocial services, the outcomes of bipolar disorder and addiction can improve significantly.

Last Updated on February 23, 2022
Share
Editorial Staff
The editorial staff of American Addiction Centers is made up of credentialed clinical reviewers with hands-on experience in or expert knowledge of addiction treatment.
Related Topics
Related Tags
co-occurring disorders
Don’t wait. Call us now.
Our admissions navigators are available to help 24/7 to discuss treatment.
Why call us?
Get addiction help now (24/7 helpline)We’re here for you every step of the way.