Demi Lovato is one of the many celebrities that struggle with cocaine addiction. Oftentimes, these individuals go to rehab centers for treatment. When these individuals are open about their experiences in addiction treatment centers, they may inspire others who have a dependence on drugs and alcohol to confront their problems and get help. In 2018, Lovato suffered an overdose. In 2021, Lovato released a new documentary detailing her relapse, overdose, and recommitment to recovery. 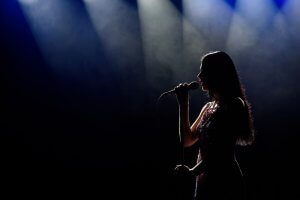 Lovato is open regarding her struggles with addiction. In a 2013 report from The Huffington Post, Lovato spoke about her past problems with drugs and what led her to realize that she needed to seek help. “I couldn’t go 30 minutes to an hour without cocaine, and I would bring it on airplanes,” Lovato said. “I would smuggle it basically and just wait until everyone in first class would go to sleep, and I would do it right there.”

She also explained the moment when she realized that it was time to focus on her recovery and confront her dependence on drugs and alcohol once and for all. “It was just nine in the morning and I was throwing up in the car and this was just to get on a plane to go back to L.A. to the sober living house that I was staying at … I had all the help in the world, but I didn’t want it. When I hit that moment I was like, it’s no longer fun when you’re doing it alone.”

Lovato went on to find a sobriety which last for nearly six years. Then, in 2018, Demi Lovato overdosed on heroin laced with fentanyl.

Many of the details of Demi Lovato’s overdose were kept secret for years. It was only after the released of Demi Lovato’s new documentary series, “Dancing with the Devil,” did the singer’s drug abuse come into full view. Following a relapse in 2018, Demi Lovato became addicted to crack cocaine and heroin. Lovato overdosed in 2018 after taking drugs laced with fentanyl. She nearly died in a hospital after suffering several strokes and a heart attack connected with the overdose.

However, Lovato didn’t let her addiction win. Years after her overdose, Lovato had several career wins, including singing the national anthem at the NFL Championship game in 2020. Demi Lovato’s new documentary series seeks to shed light on the trying time in the singer’s life. It also shows that addiction is a chronic disease, one that requires a lifetime of support to overcome.

Drug Addiction Can Happen to Anyone

When celebrities speak out about their drug addictions it serves as a reminder to the public that anyone can become addicted to substances. Demi Lovato struggles with cocaine addiction, as do millions of Americans. The strongest way to combat addiction with with treatment. Luckily, there is help out there. With a strong support network and evidence-based, effective addiction treatment, you can overcome cocaine addiction. Don’t wait. Call today to start your journey to recovery.

Editorial Staff
Author
The editorial staff of American Addiction Centers is made up of credentialed clinical reviewers with hands-on experience in or expert knowledge of ad … Read More
Read Our Editorial Policy
Recent Posts
Related Tags
addiction
celebrity
cocaine
Don’t wait. Call us now.
Our admissions navigators are available to help 24/7 to discuss treatment.
Prefer texting to talking on the phone? We’ve got you covered 24/7.
Instead, sign up for text support to receive: