Is Cannabis Safe during Pregnancy?

As legal cannabis becomes more common, studies are beginning to emerge regarding the safety of taking the substance. One recent study at an Italian university has shown that cannabis products may not be safe for pregnant woman. Their study found that cannabis may alter the brain chemistry of developing embryos, raising the question: is it safe to take medical marijuana during pregnancy?

Across the world, countries and states are reexamining their prohibitions on cannabis. Several parts of the United States, such as Colorado, California, and Massachusetts, have legalized the drug. However, possession, cultivation, and sale of cannabis remains illegal on the federal level. Regardless, a subculture of cannabis consumption is thriving in the United States. Many now opt for medical marijuana (which is legal in 33 states) over pharmaceutical pills. 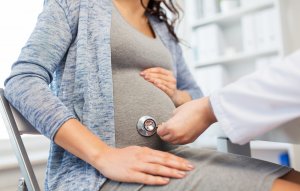 Indeed, many trumpet the “plants over pills” mentality, believing that “cannabis is safer than pharmaceuticals.” This has led some to believe that cannabis products are safer and preferable to other medications during pregnancy. However, a recent study published in Nature Neuroscience suggests that this assumption is far from true.

To understand the effects of cannabis on a developing embryo, Dr. Miriam Melis and her colleagues at the University of Cagliari administered some to pregnant rats. They dosed pregnant rats with tetrahydrocannabinol (THC), the main psychoactive ingredient in cannabis.

Melis found that exposing embryos to THC “rewired the part of the brain that handles reward and motivation.” What was particularly surprising is that this rewiring seemed to occur only in male offspring. Additionally, these changes did not manifest until the rats were born and maturing. When the rats were given THC doses, their behavior changed, and they were “increasingly likely to take risks.”

There is an important caveat here: while they are considered similar, experiments that yielded effects on rats haven’t always translated to human subjects. This is especially true when results are confined to a single sex of the experimented animals. Additionally, the amount of THC varies depending on the type of cannabis product. Melis and her colleagues dosed the rats with a THC content equivalent to “a single, mild join.” Marijuana, both recreational and medical, tend to have higher concentrations of THC than other cannabis products, like Cannabidiol (CBD).

Conclusions on Medical Marijuana During Pregnancy

Yet, this study remains important, as it suggests that consumption of cannabis during pregnancy is far from safe. In humans, alteration of the brain’s reward and motivation centers can cause increased susceptibility to mental health disorders. Included in these possible disorders are schizophrenia, mania, and drug addiction.

While conclusive evidence on the safety of medical marijuana are still far off, Melis’s study is enough to get expecting mothers thinking about whether cannabis products are safe for them and their children. 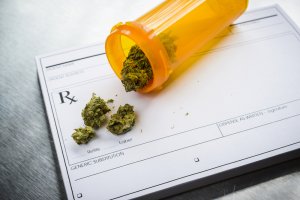 Many around the world struggle with marijuana addiction. If you find yourself compulsively using marijuana and cannabis products, know that you are not alone.

All quotes and data were initially published in The Economist. To read the full article click here.