What Are the Dangers of Mixing Concerta with Alcohol? 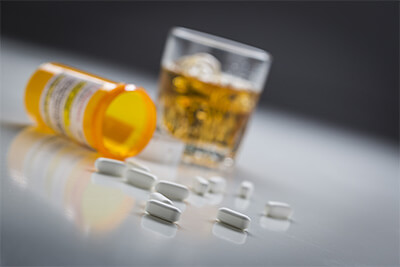 Concerta is the brand name for the extended-release form of methylphenidate, a central nervous system stimulant that is most often used in the treatment of ADHD and can also be used for the treatment of narcolepsy. Methylphenidate is a powerful psychostimulant and generally classified as a controlled substance under the Schedule II (CII) classification as developed by the United States Drug Enforcement Administration (DEA).

Psychostimulant drugs all have very similar mechanisms of action. They increase the firing rates of neurons in the brain and spinal cord (the central nervous system, or CNS), and this leads to their medicinal effects. In addition, abusers of stimulants will often experience high levels of euphoria, feelings of invulnerability, giddiness, increased energy, appetite loss, and a decreased need for sleep when these drugs are taken in large amounts. This contributes to their potential for abuse. The major neurotransmitters affected by most central nervous system stimulants, including Concerta, include dopamine, norepinephrine, and glutamate although other neurotransmitters are certainly affected as well. 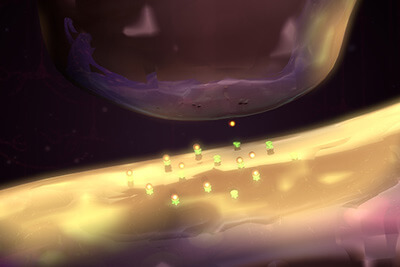 Neurons are activated in bunches or groups, and their rate of firing leads to changes in perception and behavior. This means that when an individual takes these drugs, there is an overall effect. They can either feel excited and stimulated (stimulants) or calm and more serene (depressants). Taking more or less of a drug will often change the intensity of the effect. When two different drugs are combined, the effects can be mixed.

The research studies that investigate the effects of mixing different drugs have indicated that it is not uncommon for individuals who have alcohol use disorders to consume alcohol with stimulant medications. It appears that the combination of alcohol and a stimulant medication is often used to modulate the effects of the stimulant and to produce a sort of mixed euphoria where a person feels slightly stimulated and at the same time a bit serene.

It is not uncommon for college students, young professionals, and even high school students to use Concerta in an attempt to improve their concentration to study for longer periods of time for exams, and alcohol often becomes a companion drug in these cases. Moreover, the Substance Abuse and Mental Health Services Administration (SAMHSA) reported that during the period of 1999 to 2008, there was a 76 percent increase in emergency room overdose cases that involved mixing alcohol with a prescription medication. Thus, mixing alcohol with prescription medications is a rather common occurrence.

When someone occasionally mixes Concerta and alcohol, the serious risk of long-term effects is diminished; however, there are case studies where mixing a stimulant medication and alcohol have resulted in fatalities in people who did not normally engage in this practice.

The continued practice of combining Concerta and alcohol can lead to numerous long-term effects.

In addition, tolerance to stimulant medications often develops rapidly, and tolerance to alcohol develops with regular use. This means that a person who engages in regular abuse of both drugs together will soon find that they need to use more of each drug to achieve the same kind of effects that were once realized with smaller amounts. This can lead to the development of a substance use disorder over the long run. There is an identified withdrawal syndrome for both drugs, and this can fuel abuse as individuals use them to avoid initial uncomfortable signs of withdrawal from alcohol and/or methylphenidate.

The long-term effects of combining these drugs are not limited to the effects of the drugs alone. For instance, the potential to engage in risky behaviors or to become involved in a serious accident that can have life-changing ramifications is increased when one is under the influence of these drugs.

Moreover, individuals who consistently combine methylphenidate and alcohol are very likely to experience problems in their personal relationships, at work, at school, and in other important areas of life, and these issues may not fully resolve. These problems include the potential for becoming involved in the legal system as a result of using a controlled substance illegally or complications due to alcohol use (e.g., drunk driving). These conditions can lead to other issues that may be longstanding, such as financial issues, problems obtaining employment, and damaged relationships.

The bottom line is that individuals who consistently use these drugs together are not only putting themselves at risk, but putting others close to them at risk as well. Anyone who combines methylphenidate products and alcohol on a regular basis should seek professional treatment to avoid long-term consequences associated with combining these drugs.