Authored by Editorial Staff
Last Updated: September 4, 2019
Why call us?

Editorial Staff
The editorial staff of American Addiction Centers is made up of credentialed clinical reviewers with hands-on experience in or expert knowledge of addiction treatment.
Related Topics
Related Tags
detox
A number of professional organizations and clinicians have replaced the terms detox or medical detox with the term withdrawal management.

The reason for this is to adequately describe certain processes that occur as a result of discontinuing use of drugs or alcohol. It has been recognized by these organizations and clinicians that detoxification and the formal process of the withdrawal management program are not the same thing.

This clarification can be summarized as follows: 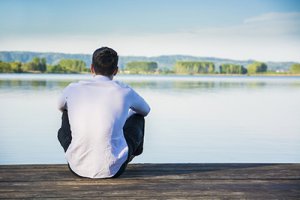 In 2009, the World Health Organization (WHO) formally stated technical issues with continuing to use the terms detox and detoxification to describe the withdrawal management process. The terms were noted to have many different definitions, did not translate well outside of English, and could not be applied in many studies and clinics outside of English-speaking countries. WHO decided to describe the process as withdrawal management, and other organizations followed suit, including the American Society of Addiction Medicine (ASAM), the foremost organization of addiction medicine physicians in the United States. In their formal statement, they state that the liver performs detoxification and clinicians manage withdrawal symptoms.

Absolute statements are very difficult to defend. Because anyone can find a number of anecdotal reports where individuals negotiated the withdrawal process from potentially dangerous drugs without medical intervention, it is quite clear that a formal physician-supervised withdrawal management program is not always necessary; however, it is highly recommended in many instances.

First, even though the development of physical dependence on many classes of drugs, such as opiates (e.g., heroin, morphine, Vicodin, etc.), alcohol, other central nervous system depressants (e.g., benzodiazepines and barbiturates), amphetamines, and other stimulants (e.g., methamphetamine and cocaine), is very likely with chronic use or abuse, it is not inevitable. 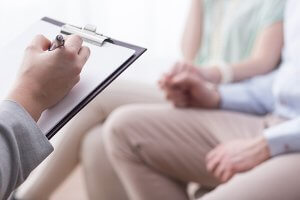 Second, a number of intervening factors determine the severity of the specific withdrawal symptoms and whether an individual will experience any withdrawal symptoms at all. It is not certain that the development of physical dependence is 100 percent probable for any specific drug of abuse, and the severity of symptoms that individuals experience is often based on subjective evaluations that are subject to individual differences in metabolism and emotions.

According to a number of reliable sources, such as the textbook Chemical Dependency, there are various instances in which an individual should first consult with a doctor prior to ceasing use of a substance.

It is important to understand that becoming involved in a withdrawal management program is neither necessary nor sufficient to recover from substance abuse. Something is deemed as necessary to achieve some end when its absence will guarantee that the goal the individual is attempting to reach will not be met. The majority of individuals will find greater success in using physician-assisted withdrawal management strategies.A factor is deemed to be sufficient in order to achieve some outcome when its presence alone guarantees that the outcome will be reached. Simply going through a withdrawal management program without any formal substance use disorder therapy is associated with extremely high relapse. Thus, it is quite clear that the withdrawal management process alone is not sufficient to ensure a successful recovery and that other steps must be taken. Individuals who undergo a formal substance use disorder treatment program, participate in social support groups, and have treatment for co-occurring disorders still display incidents of relapse, but they also display better long-term recovery rates and better adjustment as a group than individuals who do not seek formal treatment.

Thus, it is advantageous to seek out a medical detox program when attempting to discontinue any drug of abuse.

Using a term like natural detox is an inaccurate description of the attempt to apply certain home remedies to control withdrawal symptoms because the detoxification process is itself a natural occurrence. These “natural” approaches to withdrawal management may or may not have relevance, and the research on them is often scant. Most of the endorsements for these approaches are based on anecdotal evidence, which is often very unreliable and therefore cannot be used to make generalizations.

These programs often include such things as herbs, juices, smoothies, special diets, fasting, exercise, meditation, or the use of Epsom salts.

According to scholarly sources, such as the book Drugs, Addiction, and the Brain, the research that does exist on some of these approaches often has serious methodological flaws. More controlled research needs to be performed in order to ascertain how some of these approaches may be useful. Eating a balanced diet, getting rest, and engaging in light exercise will aid the withdrawal process, and these are activities that can be utilized whether one uses a formal physician-assisted withdrawal management program or not. It is important to remember that withdrawal from certain types of drugs is potentially dangerous, and individuals should consult with a physician first.

Approaches to Aid the Detox Process

There are some approaches that can support the withdrawal process. When used in conjunction with medical oversight, these practices can ease some of the discomfort associated with withdrawal and smooth the transition to sobriety.

Editorial Staff
The editorial staff of American Addiction Centers is made up of credentialed clinical reviewers with hands-on experience in or expert knowledge of addiction treatment.
Related Topics
Related Tags
detox
Don’t wait. Call us now.
Our admissions navigators are available to help 24/7 to discuss treatment.
Why call us?