Signs of Heroin Use in Teens 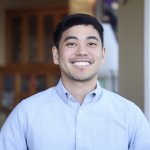 Gerardo Sison, PharmD
Gerardo Sison is a Florida-licensed pharmacist who has worked in clinical and research settings providing drug education to both healthcare professionals and patients.
Related Topics
Jump to Section 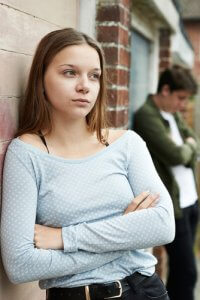 Though the ingredients within heroin have been around for thousands of years, the specific chemistry of this drug was synthesized back in 1874.1 And while it was originally believed to be a good alternative to morphine, medical professionals quickly found it to be even more addictive and is now illegal in the United States.

Since that time, heroin has become a recreational opioid often associated with drug abuse due to the high level of addiction and overdose issues reported every year.

Individuals between the age of 18-25 are reported as the most common users of heroin. And although the use of heroin by teens between the ages of 12 to 17 is at its lowest point since the year 1991, it is still a consistent problem.2

If you suspect your child may be using this harmful and dangerous drug, it’s important that you understand how to identify signs of heroin use in teens.

Physical Signs to Look For with Heroin Use

As with most other drugs, there are a few clear, defining physical reactions when taking heroin. They tend to stand out from a child’s usual appearance and overall image.

Though there are ways to take heroin orally, one of the most common ways to take the drug is intravenously with a syringe. Adolescents will often try to hide the entry points or track marks typically found in their forearms by wearing long-sleeve shirts or sweatbands at all times of the year.

Other visible signs of heroin use in teens include:

Teens with an addiction to heroin will begin to see a decline in their overall health, as well as changes in the way they act on a day-to-day basis. The most recognizable health effects are unexplained weight loss, a runny nose without a cold, infections at the needle entry points, and cuts or bruises from picking at their own skin.

You may also see an increase in deceptive and negative behavior from your teenager if they’re taking heroin. Noticeable issues may include:

Heroin Drug Paraphernalia to Watch For 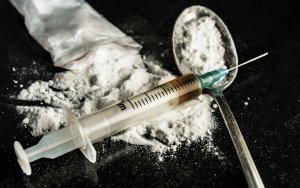 The most obvious signs of heroin drug abuse come from the equipment needed to take the opioid. If you’re concerned your teen is doing this drug, keep an eye out for:

Next Steps if Your Teen is Using Heroin

If you find these signs of heroin use in your teen, it is recommended to get treatment help from addiction recovery services. Withdrawals from this drug can be painful and difficult, so having medical professionals nearby will be essential for monitoring and assisting with the process.

Gerardo Sison, PharmD
Gerardo Sison is a Florida-licensed pharmacist who has worked in clinical and research settings providing drug education to both healthcare professionals and patients.
Related Topics
Don’t wait. Call us now.
Our admissions navigators are available to help 24/7 to discuss treatment.
Why call us?