While most people are aware that there is a problem with heroin abuse and addiction in the US, some people still don’t know what heroin actually is and why it is such a problem. As a result, many myths and misunderstandings have built up around the origin of the drug, what it does in the body, who uses and abuses it, and how addiction forms.

Like many drugs of abuse, heroin has specific actions in the brain and body that can cause people to become addicted over time. It doesn’t matter whether the individual is a high-powered CEO, a famous actor, someone down on their luck, or a person who fell in with the wrong crowd; heroin use, abuse, and addiction can affect anyone, and it has long-lasting repercussions on the people and communities affected by addiction. However, with treatment, individuals who struggle with heroin abuse can learn to manage their addiction for the long-term.

Facts and Statistics on Heroin Abuse and Addiction

Heroin is often considered to be a drug limited to the lower levels of society and to particular demographics; however, this is not true. People from the very poor to the very powerful abuse heroin. The following are some statistics and facts about heroin abuse and addiction:

Download our brochure to learn more about our approach, treatment offerings, and rehab facilities.

Heroin is an opiate drug, which means it comes directly from the opium poppy, a flower found in various parts of the world. As described by the University of Arizona, opiates have been around for thousands of years, since they were first cultivated in Mesopotamia around 3400 BC. Over the centuries, compounds from the opium poppy have been used as medicine for treating pain and various illnesses; they have also been abused by people looking for a euphoric experience.

Heroin itself was first made in 1874 by processing morphine, a compound extracted from the poppy’s sap, which has been used in medicine since the early 1800s. At first, it was thought that heroin would be less addictive than morphine, serving as a safer substitute. However, it was soon realized that heroin was just as addictive, and it became an illegal substance in the US.

Heroin and Addiction: How Long It Takes

An article from the AAPS Journal delves into the mechanisms by which addiction to opioids, including heroin, develops. While addiction is still not fully understood, the effects that the drug has on the brain’s chemical pathways appear to have a great deal to do with developing tolerance to and dependence on a drug. Heroin disrupts the behavior and use of certain natural chemicals in the brain, resulting in these pathways becoming dependent on the use of heroin to continue functioning. This dependence can then lead to the individual being unable to control heroin use, including the amounts used and the frequency of use, and being unable to stop use. This is the hallmark of addiction.

There are a number of risks of abusing heroin, both in the short-term and long-term. According to the National Institute on Drug Abuse, short-term effects include:

The longer heroin is used, the more severe the issues may become. Long-term effects of heroin abuse include:

Some of the damage that results from heroin addiction can be reversed. However, the longer the drug has been used, the more damage results, and the less likely reversal is possible. For example, heart, liver, kidney, and lung damage may be able to improve but may not be entirely reversed after the drug is stopped. Brain damage and memory loss are often not reversible either. However, other issues that occur in the short-term, such as red eyes and flushed skin, will diminish once heroin abuse is stopped.

Mental health disorders that result from heroin abuse may also not be reversible. For one thing, addiction itself is a chronic condition, with cravings that can potentially recur throughout the individual’s life and result in relapse to heroin use if the person does not continue to manage the condition. In addition, co-occurring mental health disorders like depression or anxiety may continue to be an issue for years following treatment for heroin addiction. For both the mental and physical risks, it is ideal to stop heroin use before it becomes a long-term pattern.

The National Institute on Drug Abuse discusses a number of reasons that other mental health disorders occur with heroin and other drug addictions. The factors can include:

Based on these factors and others, addiction can be both a result of and a cause of other mental health disorders. Using heroin to self-treat anxiety issues can lead to addiction, while the mental effects of heroin abuse can lead to other mental health disorders. In particular, heroin can cause a person to experience decreases in the ability to feel pleasure due to damage in the chemical systems that regulate reward responses. This can easily lead to depression as well as certain types of anxiety. 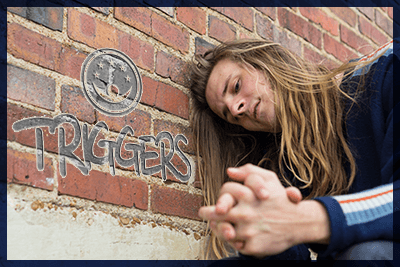 Overdose is definitely possible with heroin, and it is potentially life-threatening. One of the strongest effects heroin has on the body is to decrease breathing. When the individual overdoses on the drug, it then leads breathing to slow so much – or even to stop – that the individual becomes unconscious and can die as a result.

As described by the National Library of Medicine, signs that someone has overdosed on heroin include:

This is because addiction, like any chronic disease, is defined by the potential to relapse to substance abuse; rates of addiction relapse are similar to those associated with asthma, hypertension, and diabetes. Because of this, treatment for addiction to heroin should be considered similar to treatment for other chronic illnesses like asthma or diabetes: the condition is something that is treated and managed throughout the individual’s life, but it can’t be cured. 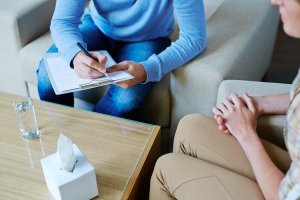 Regardless of the potential for relapse, addiction treatment will make individuals more likely to stop using heroin and stay sober. The chances of positive treatment outcomes are increased if the person enters a research-based treatment program that includes a combination of therapies backed by scientific studies, such as:

Through a commitment to an individualized treatment plan meant to help the individual meet personal, specific needs, rehab can help the person stop using heroin and avoid relapse in the future, increasing the chances for a happy, fulfilling life.

Last Updated on March 11, 2022
Share
Editorial Staff
The editorial staff of American Addiction Centers is made up of credentialed clinical reviewers with hands-on experience in or expert knowledge of addiction treatment.
Related Topics
Related Tags
heroin
opioid
Don’t wait. Call us now.
Our admissions navigators are available to help 24/7 to discuss treatment.
Why call us?
Get addiction help now (24/7 helpline)We’re here for you every step of the way.