What Is (CHS) Cannabinoid Hyperemesis Syndrome?

When states started to legalize the sale of recreational marijuana, nobody expected a rise in a condition in those areas known as cannabinoid hyperemesis syndrome, which the Huffington Post calls a “mysterious marijuana-related illness.” First documented in 2004, the condition has taken doctors and advocates by surprise and raises questions about what is commonly known about cannabis. 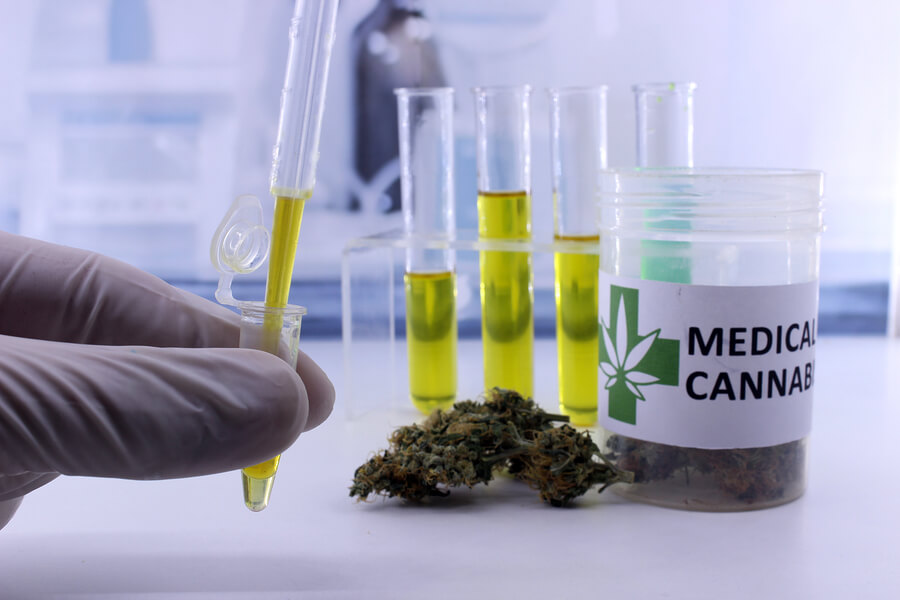 Leafly, the largest cannabis website on the Internet, explains that cannabinoid hyperemesis syndrome (CHS) is a “poorly-understood condition” that is believed to be caused by chronic cannabis use. Hyperemesis refers to a medical condition that describes severe and prolonged vomiting; hyperemesis gravidarum, for example, is a form of intense morning sickness believed to be caused by elevated hormone levels in pregnant women.For marijuana users, cannabinoid hyperemesis syndrome causes nausea, vomiting, and extreme stomach pain. Cases were first noted in 2004, when researchers writing in the journal Gut revealed that they noticed that patients experiencing regular vomiting were all heavy marijuana users. Specifically, 70 percent of the patient population who cut down on their cannabis consumption “resolved” their vomiting; the other 30 percent who did not give up on their weed experienced a continuation of their symptoms. Leafly noted smaller cases of cannabinoid hyperemesis syndrome showing up in medical literature in the years after the 2004 study. In 2009, for example, a cannabis consumer in the United Kingdom showed CHS symptoms, which abated after he stopped using pot. The Mayo Clinic Proceedings journal wrote of two people in 2009 who met the criteria for CHS, who experienced an improvement in their symptoms after they stopped using cannabis.

But what are these symptoms, and who gets them? One study found that young adults who had a history of long and heavy marijuana use were most likely to develop cannabinoid hyperemesis syndrome, but it does not manifest immediately. A 2011 report published in Current Drug Abuse Reviews noted that “in nearly all cases, there is a delay of several years” from the time marijuana smoking started to when the first CHS symptoms are felt. Most people who report CHS admit to smoking marijuana every day and smoke it as much as three to five times at a time.

There are three main phases of cannabinoid hyperemesis syndrome. The first is the “prodromal phase,” where patients experience general morning sickness and abdominal discomfort or even pain. Since these symptoms are relatively mild and can occur after years of cannabis use, many people continue to smoke marijuana or even increase their consumption out of the belief that the cannabis will settle their stomach.

The next phase is the “hyperemetic phase,” which is the acute phase of cannabinoid hyperemesis syndrome. Here, the effects of CHS are intensified; patients feel persistent nausea and might retch and vomit for as long as hours at a time. The discomfort in the abdomen is upgraded to pain, and the severity of the symptoms means that patients struggle with weight loss and dehydration.

A curious side effect of this part of CHS is that patients are compelled to take hot showers or baths, sometimes even waking up in the middle of the night to do so. Researchers have noted that the nausea and vomiting of CHS seems to be somewhat alleviated by hot temperatures. There is speculation that the brain’s ability to regulate the body’s core temperature is disrupted by the hyperemesis and other effects, and the hot baths provide a soothing effect. However, this effect is only temporary, and patients report feeling sick again within minutes of getting out of the bath or shower.

There is only one recognized form of “treatment” for cannabinoid hyperemesis syndrome, and that is discontinuing marijuana intake. When this is done, patients are known to recover, but this can take anywhere from a few days to a few months. However long the recovery period, patients will no longer experience nausea, their appetite returns to normal, they regain lost body weight, and they are no longer compelled to take hot showers or baths.

Cannabinoid hyperemesis syndrome is very rare, so there is no consensus on why cannabis could cause such severe and drastic symptoms. The scientists writing in Current Drug Abuse Reviews suggest that the same mechanism whereby cannabis helps people feel less nauseous (by activating certain parts of the central nervous system) might also have other gastrointestinal reactions, some of which could work in combination with other factors to develop CHS:

Leafly notes that while this theory has not been scientifically confirmed, it presents an interesting dilemma: Tetrahydrocannabinol is the active chemical component in marijuana, and when it is consumed chronically, it may induce an anti-nausea effect on the brain (which is why it is sometimes prescribed medicinally to cancer patients receiving chemotherapy), but can actually cause nausea because of what it might do to the stomach.

The jury is still out on the scope of cannabinoid hyperemesis syndrome, but the bizarre nature of the condition was enough for the popular fact-checking website Snopes to address the topic. In December 2017, Snopes explained that a tabloid based in the United Kingdom was warning people about a phenomenon known as “scromiting,” a hybrid word to mean screaming and vomiting at the same time, experienced by people who are long-term cannabis consumers. The sensational nature of the story led many to question whether such a condition was even possible, to which Snopesreplied that the reporting in the tabloid article was “Mostly True,” by their standards. While confirming that CHS is “rare and poorly-understood,” the connection between excessive vomiting and intense stomach pain could “plausibly lead to a combination of screaming and vomiting.” 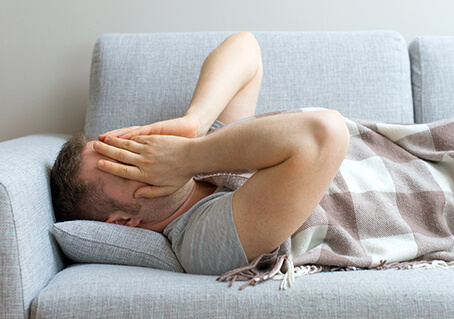 Snopes noted that a connection between increased marijuana access through legal and regulated marijuana sales and a rise of CHS cases has not been fully determined. There have been more diagnoses of CHS after American states started legalizing marijuana than there were before, but the sheer newness of CHS makes it difficult to formulate a “conclusive understanding” of what causes the condition. In 2015, the Academic Emergency Medicine journal compared reported cases of cyclical vomiting inColorado before the state regulated marijuana sales to reported cases after legal marijuana started selling. Snope swrites that researchers noted “a marked increase post-legalization,” but there was not enough information about each user’s specific drug use. There was a lack of clarity as to whether the doubling of the frequent and painful vomiting of CHS was the result of increased marijuana use or more accurate reporting about marijuana use, both factors, or another factor.

Nonetheless, for doctors in emergency rooms, there is less doubt as to what is behind the rise in CHS cases. A physician at the University of Colorado Hospital in Aurora told CBS News that he and his colleagues see people reporting CHS symptoms “on a daily to weekly basis,” saying that the frequency of CHS cases is not coincidental with Colorado opening the doors to legal cannabis sales. Cannabinoid hyperemesis syndrome has become “very common” in Colorado, according to a doctor at the Denver Health Medical Center. Other instances of CHS have been reported from areas where marijuana is legally regulated, such as Washington, DC, and Washington state, the second state to allow legal pot.

Snopes points out that there is currently no measure by which to establish whether “scromiting” is a real occurrence or merely a plausible one while clarifying that people who experience CHS go through undeniably long and painful periods of stomach pain and vomiting, to the point of being actively scared of vomiting. The Snopes researchers said that outside this tabloid article, and related urban legends and anecdotes, there is no evidence that “scromiting” is used in a medical setting as it pertains to the pain experienced by CHS sufferers.

The Mystery of Cannabinoid Hyperemesis Syndrome

Nonetheless, says Snopes, cannabinoid hyperemesis syndrome is a real medical problem. Despite the question mark lingering over the act of scromiting itself, the effects of severe abdominal pain, as well as the retching and vomiting that can last for hours, have been reliably documented by doctors and researchers.

If left untreated (and if the patient continues to take cannabis, thereby worsening the effects), CHS can lead to kidney failure, notes the Huffington Post. For most people, the condition rarely reaches that point. The severity of the vomiting and abdominal pain is such that cannabis consumption is inevitably discontinued, and the symptoms of CHS subside shortly thereafter. A doctor in Colorado noted that patients who are admitted to hospital are put on an IV drip and given medication to help them recover their lost nutrients and fluids, but one of the few things known about cannabinoid hyperemesis syndrome is that simply stopping the intake of marijuana makes it go away. Apart from that fact, CHS remains a mystery.