Alcohol and methamphetamine are two dangerous substances that, when combined, can have serious—potentially fatal—consequences. 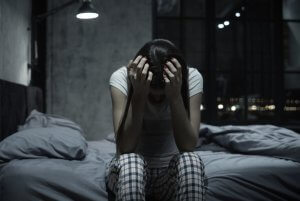 Methamphetamine, commonly referred to as meth, is a central nervous system (CNS) stimulant known for eliciting a powerful high, increasing wakefulness, and decreasing appetite.1 The high from meth is short, however, and people will often binge on it, taking repeated doses, before crashing. Some people will take meth over and over for days in what is referred to as a “run,” giving up food and sleep in favor of staying up and using meth.1

Meth causes an increase in the release of dopamine in the brain.1 Dopamine, which plays a key role in the brain’s reward system, is a chemical naturally produced by the brain. Dopamine is important for motivation and wanting something, and research shows that increased dopamine levels in certain parts of the brain increase a person’s desire for rewards.2 The increased dopamine after using meth may propel the person to reach for meth again and again.1

Based on the 2016 NSDUH (National Survey on Drug Use and Health) results, it was estimated that more than 14.5 million people 12 years old and older had used methamphetamine at some point in their lives.3

Meth’s Effects on the Body

Possible short-term effects of meth use include:1

Meth has the potential to cause a long list of physical and mental health problems when used long-term, including:1

Studies show that long-term use of methamphetamine is linked to negative impacts on areas of the brain associated with memory, learning, emotion, and coordination.1

Methamphetamine-induced brain changes may take a long time of abstinence from meth to reverse, and, in some cases, may not reverse at all.1

Alcohol’s Effects on the Body

Alcohol is easily accessible and commonly abused. And though its use is normalized, it can be just as dangerous as many illicit substances. Abuse of alcohol may result in numerous consequences for the drinker, ranging from minor hangovers to severe accidents and injuries, to addiction or death. Based on 2016 surveys, it is estimated that 6% of adults 18 and over suffered from an alcohol use disorder in the past year.3

Unlike meth, which stimulates the central nervous system, alcohol depresses it. Thus, many potential effects of alcohol are different from those of meth, although there are some that are similar. Alcohol intoxication can result in effects including:4

In the long term, alcohol abuse is associated with a host of adverse effects, including (but not limited to) increased risk of numerous types of cancer, cardiovascular disease, pancreatitis, liver problems, birth defects (if alcohol is consumed during pregnancy), sexual problems, and addiction.4

Why Do People Mix These Drugs?

Polysubstance use – the practice of using two or more drugs at the same time– is not at all uncommon. One study looked at the connection between methamphetamine use and alcohol use among a sample of meth users and found that these drugs are used in predictable patterns and that binge drinking, especially, resulted in a higher likelihood of meth use.5

The study found that any alcohol use at all resulted in an increased chance of same-day meth use among this population, but that binge drinking increased the likelihood even further.5

The effect of alcohol on a person’s motivation to use meth (or vice versa) is thought to be short-lived, based on the study’s findings, and is possibly the strongest right after the initial substance is used, while the subjective effects of that substance are experienced.5

The researchers suggest that this may be because the co-use of meth and alcohol has the potential to both magnify the high of each substance and alleviate some of the adverse effects of each substance.5 For example, alcohol may help to relieve insomnia associated with meth use and meth may relieve alcohol-related sedation.5,6

The Dangers of Mixing Meth and Alcohol

Studies show that alcohol could interfere with meth metabolism, leading to a higher concentration of meth in the bloodstream.6 Alcohol was found to increase the levels of methamphetamine and amphetamine (meth’s active metabolite) in rabbits and rats.6

If alcohol increases meth levels in the blood, it may enhance the stimulating effects of meth on the heart and brain of users. For example, alcohol use in combination with meth was found to increase heart rate even further than meth used alone.6

The co-administration of alcohol and meth to rats was also shown to impair learning and discriminating behavior more than meth administered alone.6

Meth may also reduce the subjective detrimental effects of alcohol,6 which could lead to an individual drinking more alcohol and developing alcohol toxicity.

Alcohol, by itself, can have a sedating effect and impair cognitive and motor function. After a few drinks, people generally feel drunk. For example, they may begin stumbling, may feel excessively sleepy, and might begin seeing double. These effects can prompt the individual to stop drinking or can indicate to those around the individual that they should not give him or her more alcohol.

However, when people use meth along with alcohol, it can mask the sedating effects, leading people to drink past the point where they would otherwise stop, increasing their risk of alcohol overdose, also known as alcohol poisoning.6

Alcohol poisoning is a condition wherein an excessive amount of alcohol in the bloodstream causes certain areas of the brain that control important life-sustaining functions—such as heart rate, breathing, and temperature control—to shut down.7

People who overdose on alcohol might pass out in many cases and may be left to “sleep it off.” Leaving an extremely intoxicated person passed out on their own may have devastating results. Blood alcohol content can continue to rise even after the person has stopped drinking as alcohol in the stomach and intestines enters the blood.7

Further, an unconscious person may choke on their own vomit and die, as extremely high levels of alcohol in the body can impair signals in the brain that control the gag reflex.7

If a severely intoxicated person shows any of the symptoms of alcohol poisoning, they should be hospitalized immediately. Alcohol poisoning is a condition that should only be treated in a hospital. Leaving them to sleep it off can be deadly, and no amount of home remedies (like cold showers or coffee) can reverse the effects of alcohol toxicity. In fact, such attempts could actually worsen the person’s condition. If you suspect that someone may be overdosing on alcohol, call 911 immediately and stay with the person until help arrives. Try to position them in a sitting or partially upright position on the ground. If the person is unconscious and begins to vomit, roll them on their side to prevent choking.7

Meth may counteract some of the effects of drinking, such as impaired performance and sedation. As a result, a person using both might think they are sober enough to drive or engage in other dangerous behaviors.

Meth tends to increase libido.6 Alcohol tends to lower inhibitions. This is a dangerous combination, as people who use these substances simultaneously might be more likely to engage in high-risk sexual activities. 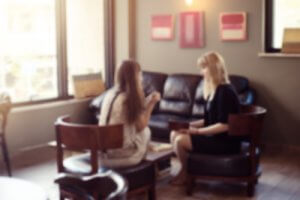 Abusing any substance alone comes with a set of risks, but adding other substances to the mix can introduce new ones and may amplify the dangers of the original substance. If you or someone you love is unable to stop using alcohol, meth, and/or other drugs, it’s time to seek help. Each time these drugs are abused, there is the potential for grave harm.

People who have developed a dependence on both alcohol and methamphetamine should begin their recovery in medical detox. Alcohol withdrawal may bring on serious and sometimes life-threatening symptoms,8 and meth withdrawal can be distressing both physically and psychologically.9 An inpatient environment where you can receive 24/7 supervision and care may prevent potentially fatal complications and can provide a more comfortable detox.10

After detox, treatment should involve therapy and may also include medication.11,12 Common aspects of addiction treatment include group counseling, individual counseling, medication, family therapy, 12-step or non 12-step support groups, recreational and other alternative therapies, drug and mental health education classes, and skill-building groups. Treatment can help you gain the tools you need to build and maintain your recovery from meth and alcohol addiction.

Sophie Stein, MSN
Medical Reviewer
Sophie Stein, MSN, received her master's of science in nursing from Vanderbilt University and has previously worked as an advanced practice registere … Read More
Read Our Editorial Policy
Related Topics
Related Tags
alcohol
Meth
Are you covered for addiction treatment? Find your insurance.
Check My Insurance
Do you have insurance?
Don’t wait. Call us now.
Our admissions navigators are available to help 24/7 to discuss treatment.
Get addiction help now (24/7 helpline)We’re here for you every step of the way.