While the use of drugs and alcohol among veterans is a known issue, substance abuse among active-duty members of the United States Armed Forces is itself a significant problem. This article will discuss only substance abuse by active-duty military personnel, the problems caused by it, and some of the factors that are thought to contribute to it.

Abuse of alcohol or other drugs can be problematic for active-duty military personnel for many of the same reasons that substance use issues impact productivity in the private sector. For example:1,2,3

Within the military, specifically, the use and abuse of drugs and alcohol can cause problems in terms of readiness, discipline, and the mental and physical health of the service members. It can also cause issues within the unit, disrupting the coherence that is so vital to the safety of the soldier during battle.3 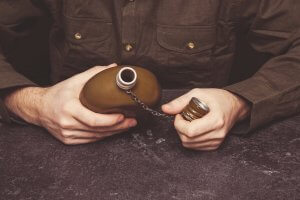 In the military, certain substance types tend to be abused more often than others. Alcohol and prescription drugs (including sedatives and opioid painkillers) are more commonly abused than illicit drugs.4

Research on military conflicts in Iraq and Afghanistan have shown that both deployments and exposure to combat are correlated with increase alcohol intake, heavy/binge drinking, and other alcohol-related problems.5 In 2015, 30% of active-duty service members were binge drinkers. More than 5%  were heavy drinkers. Just over one-third either engaged in hazardous drinking behaviors or met criteria for alcohol use disorder (AUD). In the Marine Corps, specifically, nearly half of these service members engaged in disordered or hazardous drinking.4

The military has zero-tolerance for illicit drug use. Testing positive for an illegal substance on a random drug screen may result in a dishonorable discharge and potential criminal charges.6 In 2015, less than 1 percent of active-duty military service personnel across all branches reported any illicit drug use.

While a zero-tolerance policy on drug use has resulted in low levels of illicit substance use among active-duty military members, service members are not immune to the ongoing epidemic of prescription drug abuse.4,6

Rates of prescription drug abuse are similar to those of the general population.4 The majority of the abused prescription drugs are opioids, which may be prescribed for injuries resulting from combat or pain from carrying heavy equipment. In just 8 years between 2001 and 2009, the number of painkiller prescriptions written by military doctors quadrupled.6

While there is no one reason that people drink or use drugs, there are numerous risk factors that may make substance abuse more likely. Certain types of military service, whether past or present, may be associated with additional, unique risk factors.

The most salient risk factor associated with substance abuse and the development of substance use disorders among military service personnel is active deployment in a combat zone.

Those who have multiple deployments may be at an even higher risk of developing substance abuse issues, as several deployments can have a cumulative effect in terms of the related stress and trauma. During deployment, service members may experience numerous traumas, including witnessing death or serious injury of others, become seriously injured themselves, partake in hand-to-hand combat, etc. Those on their third or fourth deployments report more problems, such as using medication to cope with combat-related stress, than those on their first or second deployments.7 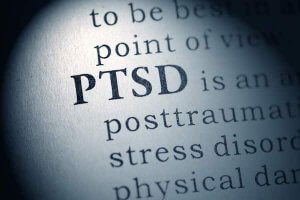 The “invisible wounds” of military service and combat that may contribute to increased substance use include post-traumatic stress disorder (PTSD), depression, and traumatic brain injury.7,8 Rates of depression are 5x higher among military service personnel than the civilian population.8

Unfortunately, substance use is a maladaptive coping method that some turn to in the face of untreated mental health issues and psychological distress. According to the National Alliance on Mental Illness (NAMI), nearly a quarter of active duty members display signs of a mental health disorder. They also state that the rate of PTSD may be as much as 15x higher in the military population than in the civilian one.8 Substance use may initially seem effective in alleviating some symptoms of PTSD or other mental health issues, but over time could actually exacerbate the symptoms and lead to the development of a co-occurring substance use disorder.9

The Culture of the Military

For many, drinking is an accepted part of military culture. Turning to alcohol to unwind or otherwise cope with the challenges of military life is common. Alcohol is widely available on military bases at a discounted rate, and service members have many opportunities to partake in established drinking rituals.10

Military service personnel often describe themselves as “social drinkers.” Social drinking may occur at the end of the workweek, on a field day, or as part of celebrations for retirements, promotions, etc., among other occasions. Members may see drinking as way to bond with other members of their unit or may feel pressured to drink to fit in.11

Some active-duty service members engage in “recreational drinking” to alleviate the boredom associated with the lack of activities in and around their bases. One research participant explained, “You’re in the middle of nowhere. You go down to the Exchange and there is cheap beer. So you go back to the barracks and get drunk.”11

Ritualized drinking and using alcohol as a way to handle stress, boredom, loneliness, and other negative feelings may lead to alcohol use problems down the line.

Because of the very active and strenuous nature of work that occurs in many active-duty military personnel, and of course combat, there is an increased risk of physical injury. Treatment for injuries often involves prescription opioids, painkilling medications with a high potential for misuse and abuse.6 Misuse of prescribed pain medication may lead to an opioid use disorder.

The military offers avenues for those with substance abuse issues to seek help. For example, military bases often offer free counseling to personnel. Service members who  are concerned about their substance use or are dealing with overwhelming stress, depression, or other concerns, can access this resource.12

The military conducts random drug testing, and a positive drug result may trigger a referral for an assessment by a professional. Based on the results of that assessment, a recommendation may be made for inpatient detox treatment.12

Active-duty service members also have the option to ask for an assessment and treatment on their own.12 While disciplinary action may result, it’s important to remember that without intervention, it is likely that the substance abuse issue will continue to worsen and may end in devastating consequences that make a disciplinary action seem minor in comparison.

Treatment programs for military personnel with substance use disorders will ideally include a focus on addressing trauma, include treatment for other psychiatric disorders, and work to lessen the stigma associated with substance abuse or mental health disorders among military members.

Scot Thomas, MD
Medical Reviewer
Dr. Scot Thomas is Senior Medical Editor for American Addiction Centers. He received his medical degree from the University of California, San Diego … Read More
Read Our Editorial Policy
Related Tags
active duty
military
veterans
Are you covered for addiction treatment? Find your insurance.
Check My Insurance
Do you have insurance?
Don’t wait. Call us now.
Our admissions navigators are available to help 24/7 to discuss treatment.
Get addiction help now (24/7 helpline)We’re here for you every step of the way.