Written by: Tamera Martens, MA
Edited by: Wendy Manwarren Generes
Updated Dec 2, 2022
4 min read
·
10 sections
What you will learn:
Violence and domestic abuse that can be caused by addiction.
How to separate yourself from an abusive home.
Statistics on violent crimes, driving while intoxicated, and drug-induced violence on college campuses.

Substance use disorders (SUDs), a medical condition defined by the uncontrollable use of drugs and/or alcohol despite the negative consequences, have been associated with a range of adverse outcomes, including suicide, premature death, comorbid mental illness, and violence.1 In fact, research indicates that up to 75% of individuals who begin treatment for a SUD report having engaged in physical assault, mugging, using a weapon to attack another person, and other violent crimes.2

The connection between drug addiction, alcoholism, and violence crosses many thresholds (individual psychology, public health, and domestic violence, to name a few), and is vitally important in understanding the scope of how controlled substances can affect people.

Statistics on Substance Abuse and Violence

Drug-related violence statistics include the following:3-7

Substance abuse is the largest precipitator of violence in adults and adolescents, but there are other factors that impact an individual’s behavior and contribute to a person’s aggressive tendencies. Risk factors tend to exist in a cluster rather than isolation. Thus risk factors for aggressive behaviors may stem from a combination of factors, including:8,9,10

Alcohol Use and Violence

Alcohol consumption is more closely associated with violent behavior than any other substance.6 In fact, severe alcohol intoxication—by the perpetrator, victim, or both—plays a part in nearly half of all violent crimes and sexual assaults.6

As indicated above, intoxication alone does not cause violence, but it may increase the likelihood for violent behavior in some individuals. Researchers have a few theories, including:2,11,12

Drug Use and Violence

The correlation between substance abuse and violent behavior has been well documented. One study found that more than 26% of respondents who reported using alcohol, cannabis, and cocaine in a 12-month period, also reported committing a violent crime within the same time frame.13

Some individuals use aggressive techniques to steal money to buy more drugs; others may be involved in the drug-trafficking, which often leads to violent crimes.13 For others, violence is a long-term side effect of the substance they abuse. Individuals addicted to methamphetamine, for instance, may suffer from anxiety, confusion, insomnia, mood disorders, and aggressive or violent behavior.14

In addition, the psychological risks associated with cocaine use include violent, erratic, or paranoid behavior. Similarly, hallucinogens may cause unpredictable, erratic, and violent behavior that can lead to serious injury or even death.15

Substance abuse can lead to an increase in domestic violence, sexual assault, suicide attempts, and other aggressive behaviors.

There are several factors that impact suicidal behavior in individuals, but substance use—and especially alcohol use—has been linked to a significant number of suicides and suicide attempts.

Other data found alcohol above the legal limit in 22% of suicides, heroin, and other prescription painkillers in 20% of suicides, cannabis in 10.2% of suicides, and cocaine or amphetamines present in approximately 8% of suicide deaths in 2016.18

Estimates show that about half of all sexual assaults that take place on college campuses involve alcohol by the perpetrator, victim, or both.20Alcohol, however, doesn’t cause sexual assault, it’s a contributing factor for sexual aggression. Men who have reported binge and heavy alcohol consumption are more likely than other men to report committing sexual assault, one study found.21

As mentioned above, alcohol alters perceptions and lowers inhibitions. One study asked sober men to read a story about a man forcing a date to have sex. Participants revealed that they would be more likely to act like the man in the story when they were intoxicated.21

Besides alcohol, other drug use is associated with an increased risk of sexual violence. A study of young opioid users found that 41% of female participants and 11% of male participants reported being forced to have sex without their consent while they were using drugs.22

Treatment for SUD and Violent Behavior

Effective treatment for individuals with a SUD and violent behaviors include programs and services to address their addiction—which may include detoxification, inpatient rehab, or outpatient treatment—and support services to help them confront their aggressive tendencies.

Though intake protocols at most SUD treatment facilities include mental disorder screenings to assess an individual’s risk of suicide, violence to others, inability to care for themselves, risky behaviors, and the danger of physical or sexual victimization, among other things, it’s impossible for every facility to address every need of every individual needing treatment.16

It might require a variety of agencies or resources to help support an individual’s varied needs, including substance abuse treatment, mental health counseling, aggression support groups, anger management, parenting training, legal help, and more. In domestic violence situations, for instance, support groups become part of the treatment or aftercare plan for both victims (survivor support groups) and perpetrators (batterers’ intervention programs).16 This may be done through referrals to other community programs or specialized facilities. In fact, one study found that the most effective treatment for individuals with a SUD and a history of domestic violence provided addiction services and batterers’ intervention simultaneously, but in separate programs.23

Explore Addiction Treatment Near You

How to Help Someone with a SUD and Violent Behaviors

Your personal safety needs to be your number one priority. If you have a loved who struggles with drug and alcohol use and  tends to be violent, don’t approach them alone. Seek help from a health care provider, mental health professional, or law enforcement.

Programs exist to help you find safety and healing if you’ve been the victim of physical, mental, emotional, or sexual abuse, including resources for shelter or other housing. 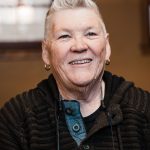