Are Their Dangers Associated to Methoxamine Use? 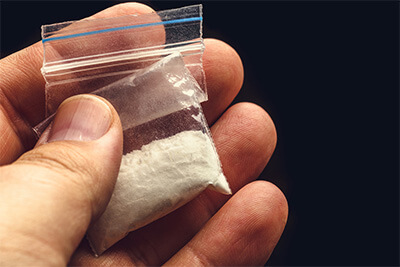 Methoxamine is a pharmaceutical drug developed for the treatment of hypotension, or low blood pressure. It increases systolic and diastolic blood pressure in patients who experience low blood pressure due to spinal anesthesia, hemorrhage, reaction to medicine, complications from surgery, or physical trauma or tumors. Methoxamine affects blood pressure by increasing the heart’s pumping power and constricting blood vessels, also known as vasoconstriction.

Methoxamine belongs to the drug class of adrenergic and dopaminergic agents. It is most commonly available in 20 mg doses in the form of an injectable solution. Doctors may alter dosage amounts, however, based on the presenting medical condition, other medications the person may be taking, the individual’s response to methoxamine, as well as their age, weight, height, and gender. Methoxamine can also be found under the brand name Vasoxyl.

Like many drugs, methoxamine comes with a list of side effects. Some side effects are uncomfortable but tolerable, while others can be life-threatening. Side effects of the drug include:

Methoxamine has been illicitly sold over the Internet as a white powder since 2010.

The main psychedelic effects of the drug are hallucinations, depersonalization, and dissociation from the body. 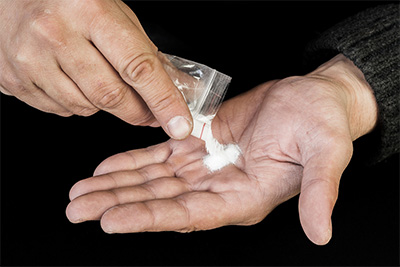 As of 2014, WHO had relatively little information about the recreational use history of methoxamine. Experts could not recognize any therapeutic benefit of using the drug recreationally, however, and agreed that its presence on the streets posed a serious public health risk.

Hospitals across Europe and the United States have reported cases of methoxamine abuse that led to hospitalization and death. In Europe, 20 methoxamine overdose deaths and 110 nonfatal overdoses were reported in 2014. In most of these cases, people had drugs in their systems, such as alcohol, marijuana, MDMA, or cocaine, in addition to methoxamine.

As an illicit drug, methoxamine use varies. While exact recreational use information is unknown, the average dose taken ranges from 20 to 100 mg. People have reported snorting methoxamine as a white powder or dissolving it in water. The powder can also be placed under the tongue where it quickly enters the bloodstream. Other methods of consumption include swallowing a pill or injecting a liquid form of the drug. Use by injection poses the greatest risk for overdose, as well as contracting viruses such as HIV or hepatitis C due to sharing used needles.

Methoxamine is thought to have effects similar to PCP or ketamine, though it is usually much stronger than these drugs and the effects last longer. Methoxamine, PCP, and ketamine are all known for their psychoactive and dissociative effects. Typically, it takes 10–15 minutes for the effects of methoxamine to be felt. It can take up to 90 minutes at times, however, leading people to consume more of the substance and increasing their risk of experiencing adverse side effects.

According to the US Drug Enforcement Administration (DEA), there are a number of specific problems with these designer drugs. These drugs are made up of unknown ingredients, have no consistent manufacturing process, have no known safe dosage, have not been tested for human consumption, have unknown short and long-term side effects, and have exponentially greater effects when combined with alcohol or other substances.

Because of the relatively short history of the drug, little clinical research has been done on the causes and risks of methoxamine addiction. Research has confirmed that psychological and physical dependence on ketamine, however, is possible. Because the two drugs are so closely chemically related, researchers and substance abuse professionals believe it is just as likely that someone can become dependent on methoxamine.

The high potency of methoxamine makes it a prime candidate for addiction. Only small doses should ever be taken at one time to avoid the risk of overdosing.

Addiction to drugs like ketamine and methoxamine is possible following a pattern of long-time regular use of the drug. The National Institute on Drug Abuse (NIDA) reports that compulsive drug-seeking behavior has been observed in dissociative drug users. Ketamine users have exhibited cravings and tolerance for the drug. Despite adverse consequences, users of these drugs lack the self-control to stop using. The exact withdrawal symptoms of methoxamine are yet to be studied, but they are thought to be similar to the use of other drugs.

Research conducted by the Center for Substance Abuse Research at the University of Maryland found that repeat ketamine use can lead to a quick and high tolerance of the drug to form. Excessive amounts of the drug were needed within a short period of time in order to experience any dissociative effects. Few physical withdrawal symptoms were reported by ketamine users. 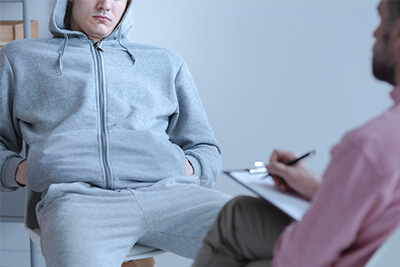 Because there are no physical symptoms associated with methoxamine withdrawal, it is possible to stop taking the drug all at once without tapering off it. The detox process can still be uncomfortable, though, with intense psychological symptoms consisting of cravings, anxiety, depression, and general emotional discomfort.

With no medical interventions approved for dissociative drug treatment, treatment focuses on behavioral therapies. Once through the detox process, behavioral therapies are used to help individuals gain a better understanding of the underlying causes of their drug use and develop positive coping skills for handling difficult situations following treatment.

Following sufficient participation in an inpatient, outpatient, or community treatment program, a clear aftercare plan should be established to increase one’s chances of maintaining long-term sobriety and preventing relapse. Aftercare plans may include continued participation in individual therapy, identification of community support groups to attend, establishment of healthy daily activities, and recognizing which close friends and family members can be reached out to in times of need.

Currently, relatively little is known about the long-term effects of methoxamine use. As an unregulated substance, the risks and side effects of the drug are difficult to predict. As a result, few treatment programs have been developed specifically for methoxamine use disorders. Researchers and substance abuse professionals agree, however, that methoxamine use poses many individual and community health risks that must be addressed appropriately.

Editorial Staff
Author
The editorial staff of American Addiction Centers is made up of credentialed clinical reviewers with hands-on experience in or expert knowledge of ad … Read More
Read Our Editorial Policy
Related Topics
Related Tags
dissociatives
synthetic
Are you covered for addiction treatment? Find your insurance.
Check My Insurance
Do you have insurance?
Don’t wait. Call us now.
Our admissions navigators are available to help 24/7 to discuss treatment.
Get addiction help now (24/7 helpline)We’re here for you every step of the way.