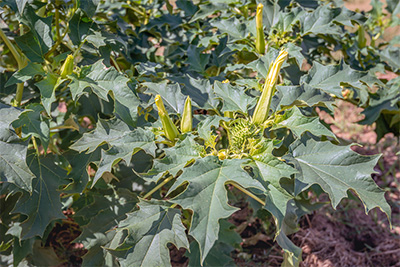 Tropanes contain alkaloids, that is, a structure that contains nitrogen. Tropanes can be used for hallucinogenic purposes and have been associated with these effects throughout history. Some plants containing elements of tropanes are also used for medicinal purposes.

For example, datura is a hallucinogenic plant from Mexico that has been used to decrease pain associated with childbirth. In China, plants that have tropane alkaloids are used to treat problems such as the flu, asthma, bronchitis, and chronic pain.

Tropane is important in the pharmaceutical industry according to a paper published by the University of Bristol. This is because tropane is one of the cheapest substances to adapt into a pharmaceutical drug. Tropanes can be found in a variety of medications.

Piperidines are often found in the skin of frogs, such as montane dendrobatid from Panama. They are also found in some ant venoms, papaya, pomegranate, black pepper, and some pine species.

According to Science Magazine, piperidines are commonly used in the pharmaceutical industry.

Tropane is one of the compounds present in coca leaves, according to National Geographic. Research published in the magazine also discusses how plants make cocaine naturally. Still, tropane is found in many medications that are used legally and under supervision from a doctor. This research also shows that plants usually create tropane in order to protect themselves from insects. The hope for this study is to trace how plants create cocaine so physicians can understand how people become addicted to this drug.

Piperidines have also been used in common legal medications and have many uses for the pharmaceutical industry. However, some of its derivatives are commonly sold to people as bath salts according to Biomolecules & Therapeutics.

PCP was created in 1926 for medicinal purposes by Parke, Davis, and Company. It was first used as a tranquilizer and as anesthesia. Use of PCP as a medicine ended after 1965 when research showed this medicine caused strong delusions in users. Still, the formulation for PCP resulted in other modern drugs, such as MDMA, mescaline, and methamphetamines, according to the Center for Substance Abuse Research.

Dosage and Methods of Consumption 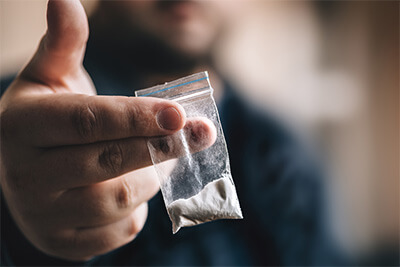 According to the DEA, drugs containing PCP are often sold as other drugs. Users believe they are buying ecstasy or MDMA, but the drugs actually contain PCP.

PCP can be injected, snorted, smoked, or taken by mouth. People who smoke this drug feel its effects in as little as two minutes. Some users ingest tablets and start feeling effects about 30 to 60 minutes after ingestion.

Effects of PCP and Hallucinogens

PCP and related drugs have different effects depending on several factors. The dosage taken, the surrounding environment, and even a user’s personality may have an effect on how the drug affects them. The following are effects of these drugs:

High doses of hallucinogenic drugs can also cause:

Extremely high doses can cause:

Signs of Addiction to Hallucinogens and Related Drugs 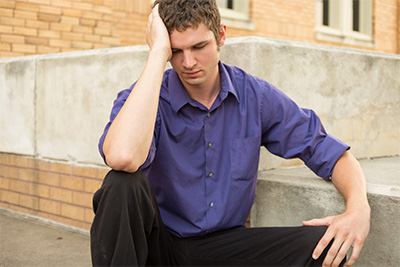 The National Institute on Drug Abuse (NIDA) states that not all hallucinogens (synthetic or natural) are necessarily addictive. Instead, they point out that some people become tolerant to their effects. In addition, people may put themselves at additional risk if they use hallucinogens and depressants, even those prescribed legally.

Addiction is considered a disease and usually causes withdrawals symptoms. This is the case for PCP, which causes withdrawal symptoms like increased sweating and headaches. Still, drugs like LSD aren’t considered addictive because they do not cause people to have withdrawal symptoms or other classic signs of addiction, such as desperate attempts to obtain the drug. People may become tolerant, which means they require higher amounts of the drug to get the same effects.

How to Get Help

As mentioned by NIDA, there are currently no treatments for hallucinogens that are approved by the government. More research needs to be conducted in order to determine what might be most effective for those dealing with this issue.

In treatment, providers will deliver individualized care to each person. This way, therapy can address the root causes of an individual’s addiction and help them build the foundation for a healthy life that is free of substance abuse.

Editorial Staff
Author, American Addiction Centers
The editorial staff of American Addiction Centers is made up of credentialed clinical reviewers with hands-on experience in or expert knowledge of addiction treatment. Read More
Read Our Editorial Policies
Related Topics
Related Tags
herbal
synthetic
Don’t wait. Call us now.
Our admissions navigators are available to help 24/7 to discuss treatment.
Why call us?
Get addiction help now (24/7 helpline)We’re here for you every step of the way.
;