How Are Benzofuran Drugs Abused? 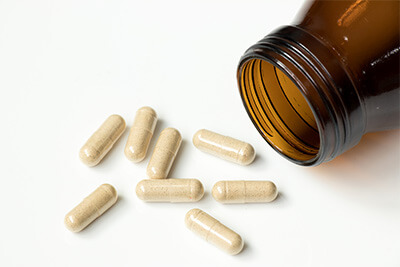 Benzofurans are a type of psychoactive drug that are part of the amphetamine and phenylethylamine classes. They are known to produce feelings of euphoria and to stimulate the sympathetic nervous system, or the body’s system that is responsible for the instincts of flight or fight. A relatively new type of drug, little is known about their toxicity in humans, though more information is continually being gathered about the illicit use of the drug.

Benzofurans have been recognized by researchers as a new psychoactive substances (NPS). Researchers have observed a significant increase in the production of NPS, also referred to as designer drugs, in recent years.

Many NPS are derived from compounds of older drug types, such as phenylethylamine, which is the case for benzofurans. NPS offer people new ways to experience hallucinogenic highs, but the use of these drugs can only be explained as experimental, at best.

New psychoactive substances are risky to use because there are no modes for controlling their production or guaranteeing quality and accuracy of ingredients used. No formal testing has been conducted of NPS in animals or humans, so little is known about their short-term and long-term effects.

Adverse reactions are often seen in people who used benzofurans that were laced with other chemicals from other drugs. Oftentimes, people who use NPS believe they are buying one drug but are actually sold something completely different. Likewise, people buying a specific NPS could be buying a product that is mixed with many other toxic chemicals. As these chemicals mix together, they are likely to produce more severe and dangerous side effects than when used individually.

Benzofuran as a Recreational Drug 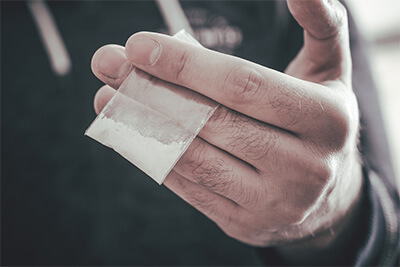 Recognized by the street names of benzofury, white pearl, 6-APDB, 5-APDB, 6-APB, 5-APB, bromo-dragonFLY and 2-CB-FLY, benzofurans are known to produced hallucinogenic effects in users. They are not one of the more commonly used types of recreational drugs, but information has been collected throughout Europe and the United States on their use and risks.

An increasing number of incidents are being reported by hospitals who are seeing patients following benzofuran overdose. Bromo-dragonFLY, for example, has caused toxicity in the body that has led to limbs being amputated. Deaths related to benzofuran use have also been reported in the US and Europe.

Benzofurans are related to other drugs that are also derived from phenethylamine materials, such as MDMA (ecstasy) and MDA. They are often sold as a white or brown powder, tablets, or capsules in doses of about 120 mg. They are typically swallowed or snorted.

Since benzofurans are slightly removed in chemical structure, however, from ecstasy and MDA, manufacturers and sellers often try to market them as legal drugs under various names. Law enforcement officials have caught on to such marketing attempts, though, and started to make identified forms of benzofurans illegal to sell and use.

The limited data collected about benzofurans suggests that they come with the same potential risks that are seen with ecstasy, MDA, and speed use. Some of these risks include:

Since so little is known about benzofuran use, researchers and substance misuse treatment professionals often turn to information that has already been gathered about related substances, such as MDMA. Addiction to MDMA has not been definitively confirmed, though addictive properties have been recognized. Many people who use MDMA report symptoms of addiction that include cravings, tolerance, and withdrawal symptoms.

Stimulant-related disorders have also been better documented than benzofuran use alone. Stimulant-related disorders encompass the misuse of drugs like amphetamines, methamphetamines, and cocaine as they relate to stimulant use, intoxication, and withdrawal. A stimulant use disorder can be recognized by a pattern of chronic, high-dose use, buildup of tolerance, strong cravings, preoccupation with drug use, continued use despite adverse consequences, and the experience of withdrawal symptoms. 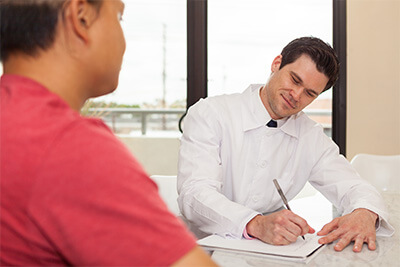 Because recent studies have found that the clinical effects of benzofurans are comparable to those of more well-known drugs, like MDMA, existing treatment guidelines can be applied to benzofuran treatment. The initial phases of treatment for any drug consists of a detox period where withdrawal symptoms are monitored as the substance gets processed out of the user’s body.

If necessary, it is possible to enter a treatment program that offers medically assisted detox. While benzofuran use cannot be directly medicated, associated withdrawal symptoms can be. If symptoms like anxiety and insomnia are too severe, medications can ease their impact and make the withdrawal process more bearable. Medically assisted detox helps to safely manage withdrawal symptoms, but it is only the first piece of addiction treatment.

Once the detox period is complete, treatment and therapy can begin. The National Institute on Drug Abuse (NIDA), reports that the most effective forms of treatment for MDMA use disorders are behavioral interventions.

Cognitive Behavioral Therapy has been proven useful to help people understand the causes of their drug use, recognize triggers for use, and develop positive coping strategies and life skills to avoid drug use after treatment. While medications for treating MDMA addiction have been tested in animals, the Food and Drug Administration has yet to approve any for use in humans.

Through a combination of individual and group therapy, clients work on recognizing their triggers for drug use, evaluate personal motivations for staying sober, build problem-solving and healthy coping skills, and practice communication skills to support healthy relationships. The main goals of drug treatment programs are to promote drug abstinence and healthy living after treatment so clients can become integrated and contributing members of their communities once again.

Benzofurans are alluring drugs for some people to use due to the potential for a euphoric high. The psychoactive effects can feel liberating to some people while it can cause fear and confusion in others. Like many new psychoactive substances, little is known about the short-term and long-term effects of benzofurans, but a growing body of literature warns against dangerous complications caused by the drug.

If you, or someone you know, are in search of treatment for a drug addiction, NIDA offers a wide variety of resources about what to look for in a treatment program, addiction and mental health services, and where to find help.

Editorial Staff
Author
The editorial staff of American Addiction Centers is made up of credentialed clinical reviewers with hands-on experience in or expert knowledge of ad … Read More
Read Our Editorial Policy
Related Topics
Related Tags
stimulants
synthetic
Are you covered for addiction treatment? Find your insurance.
Check My Insurance
Do you have insurance?
Don’t wait. Call us now.
Our admissions navigators are available to help 24/7 to discuss treatment.
Why call us?
Get addiction help now (24/7 helpline)We’re here for you every step of the way.