Rational Emotive Behavior Therapy (REBT) for Substance Abuse Near Me 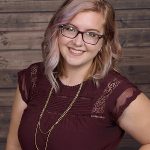 Megan Brice, MS, LPC
Author
Megan received her Bachelors of Science in Human Services with an emphasis in Rehabilitation Counseling and a minor in Psychology from the University … Read More
Read Our Editorial Policy
Related Topics
Related Tags
therapy
treatment

American Addiction Centers offers REBT at some of our treatment centers across the United States, along with other therapies proven effective in the treatment of substance abuse issues. To learn more about the therapies we offer, call

A doctor named Albert Ellis developed REBT in 1957. This therapy was inspired by stoic philosophy and many scholars believe that from REBT spawned cognitive behavioral therapy (CBT). REBT shares some similarities with CBT, but these two therapies are not the same.1

One of the primary differences between REBT and CBT is that REBT places a strong emphasis on beliefs (including irrational beliefs) and how these influence peoples’ thoughts, feelings, actions, and reactions, whereas CBT focuses on challenging cognitive distortions to mitigate maladaptive behaviors.1 It also focuses on secondary beliefs, including anti-awfulizing, high frustration tolerance, and self or radical acceptance.

As with other types of CBT, a cornerstone of REBT is the philosophy that beliefs surrounding an event influence your emotions or feelings, which, in turn, drives the way someone reacts and behaves.1

Behavioral therapies are the most commonly used substance use treatment modality.3 Behavioral therapy can be delivered in individual, group, or family therapy settings and help the client to build healthy coping mechanisms, recognize maladaptive thinking and triggers, and maintain sobriety.3

Therapists and treatment providers sometimes use REBT to help a variety of mental health conditions, including addiction.4 There are few empirical research studies that specifically address the efficacy of REBT within SUD treatment.5 However, studies have found that participants introduced to one form of REBT, known as rational emotive health therapy (REHT), during alcohol use disorder (AUD) treatment exhibited significant reduction in their alcohol use frequency.

These results were consistent with previous studies, which demonstrate that exposure to the REBT model of treatment resulted in a reduction of psychological and behavioral disruptions.4

REHT was developed to cater to the needs of people affected by alcohol and addiction.4 REHT was found to help people decrease their thoughts and feelings surrounding alcohol use.4 Within the study, there was evidence that REHT helped participants reduce their alcohol use.4

Find out if REBT therapy is covered by your insurance provider below.

Other Models of REBT

Returning to the traditional ABC model, psychologists determined that additional components should be added to the ABC framework in an attempt to explain the complexities that may occur with patients.2 Expanding on the ABCs, common inclusions are:2

Following the I consequence, the person attempts to determine, differentiate, and dispute their irrational belief.

The effect refers to the outcome of using a more rational thinking style.

There are several different meanings for (F), including force and functional consequence. The new feeling indicates that the participant will utilize their experience and new emotional and behavioral beliefs towards a new situation (A).

What Is REBT Used to Treat?

The focus of REBT on irrational beliefs has been used in substance use treatment.4 In treatment of AUD, the focus of irrational beliefs around one’s drinking behavior are evaluated using REBT.6 More studies on the efficacy of REBT in substance abuse treatment are needed to determine the effectiveness of this therapy model on AUD, substance use disorders (SUDs), and other mental health conditions.

REBT is used to treat or aid in the treatment of mental health concerns associated with irrational beliefs, including.1,5,6

The backbone of REBT is the ABC model.1 REBT therapists will likely use iterations of the ABC model to help treat irrational thoughts and beliefs in clients, while making individualized adjustments when fit.2 Below is a substance use-focused example of the ABC model:

A- Activating event: You are working on your sobriety but walk past your familiar bar on the way home from work. You can hear your old friends chatting, and the smell of the bar lingers slowly out of the cracked door on your way by.

B- Beliefs: Irrational beliefs might be, “I’ll never maintain my sobriety,” “I’ll never not have a drink again,” or “I’m such a failure for wanting a drink.”

C- Consequence: Walking past the bar may be a triggering event for irrational thoughts, leading you to emotional behavior. Such behaviors might include going into the bar to have a drink or getting angry and yelling at your partner.

The above example is a common substance-use focused ABC. Continuing with the expanded model of ABC are the following:

D- Dispute: You determine your irrational belief is “I’m a failure,” and you’re able to separate your feelings of failure from your choice to maintain your abstinence. You can dispute the irrational belief of “I’m a failure” by looking at the supporting facts: you have not broken your abstinence, recovery is a lifetime process, and it’s normal to grieve.

E- Effects: Recognizing that your irrational belief might drive a negative behavior, you instead call your sponsor and continue on your way home. Who knows, maybe you’ll even have time to catch that 6 o’clock meeting.

F- New Feeling: You feel proud of yourself and how you handled the situation. Now when walking by the bar, you feel empowered to continue along your way.

Megan Brice, MS, LPC
Author
Megan received her Bachelors of Science in Human Services with an emphasis in Rehabilitation Counseling and a minor in Psychology from the University … Read More
Read Our Editorial Policy
Related Topics
Related Tags
therapy
treatment
Don’t wait. Call us now.
Our admissions navigators are available to help 24/7 to discuss treatment.
Why call us?
Get addiction help now (24/7 helpline)We’re here for you every step of the way.