Tramadol goes by several different trade names, including Ultram, Rybix, and ConZip, and a combination of acetaminophen and tramadol is marketed as Ultracet.

Tramadol is a synthetic opiate drug that is useful in treating moderate to severe pain associated with surgery or numerous conditions. 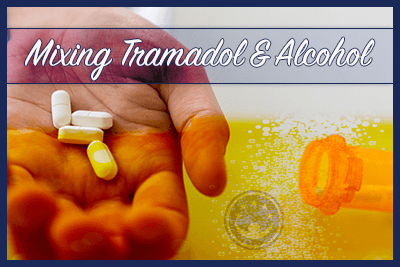 Tramadol was marketed as a safer opiate drug for the treatment of pain compared to drugs with a higher abuse potential such as OxyContin and Vicodin, but it is still classified as a Schedule IV controlled substance by the United States Drug Enforcement Administration (DEA).

Drugs in this class are considered to have moderate potentials for abuse and may result in the development of physical dependence on the drug if it is used repeatedly.

The mechanism of action of tramadol is similar to the mechanism of action of other narcotic/opioid drugs. It readily attaches to specific neurons in the brain that are specialized for a group of neurotransmitters that are commonly referred to collectively as the endogenous opioid neurotransmitters. These neurotransmitters include substances like enkephalins and endorphins, and they assist individuals in coping with stress, exertion, and pain. The drug may also increase the availability of norepinephrine and serotonin when it is used. Tramadol is classified as a central nervous system depressant drug, like other opiate drugs, meaning that its overall effects result in reduction of neuron firing in the central nervous system (the brain and spinal cord).

Although the rate of prescriptions for opioids has declined in recent years, the International Marketing Services for Health (IMS Health) still estimates that over 43 million prescriptions were written for tramadol in 2015. While the exact figures on the number of individuals who take tramadol while using alcohol on a regular basis are not available, given the rates of prescriptions for tramadol (and hence its availability on the market) and the number of individuals who abuse alcohol, it is a safe bet that there are many cases of co-occurring tramadol and alcohol abuse/misuse.

The Effects of Mixing Tramadol and Alcohol

Recommendations for the safe use of tramadol as a medicinal product include not drinking alcohol while taking the drug. Thus, there are no safe scenarios that can occur when an individual uses tramadol and alcohol together.

Obviously, the effects of mixing both drugs are limited when both drugs are taken in very low amounts; however, even at very low amounts, there may be deleterious effects that can include unpredictable personal reactions to the combination of these drugs. Tramadol has a number of potential side effects associated with its use, and drinking alcohol with tramadol can increase the potential that these will occur.

According to the book Drug Interactions: Analysis and Management, there are a number of potential dangers that can occur when individuals mix tramadol and alcohol.

In addition, the physiological effects of alcohol and tramadol taken singularly include suppressed respiration, blood pressure, and heart rate. These drugs decrease the firing rates of the neurons in the brain stem that control these automatic life-sustaining functions. When an individual combines alcohol with an opioid drug like tramadol, it can lead to a significant suppression of these neurons and a significant and potentially dangerous decrease in the above functions. Obviously, when taken in large amounts, either drug or both drugs can halt the firing of these neurons and result in a potentially fatal comatose state. Individuals who overdose on this combination would stop breathing and could conceivably die.

However, even slowing down the firing rates of these neurons significantly can result in organ damage due to a lack of oxygen as a result of decreased blood flow to important organs like the brain. This lack of oxygen, often termed hypoxia, can occur in an acute situation or over repeated administrations of significantly high doses of tramadol and alcohol in combination. The potential types of brain damage that can occur could be widespread but would often take place in areas of the brain that use high levels of oxygen in their routine functioning, such as those associated with memory and learning, attention and concentration, and complex problem-solving.

This is because hospitalizations for younger individuals as a result of alcohol combined with prescription medications have increased significantly over the past several years, and the potential effects of overdosing on these drugs can be devastating and life-changing for these individuals.

Last Updated on July 21, 2021
Share
Editorial Staff
The editorial staff of American Addiction Centers is made up of credentialed clinical reviewers with hands-on experience in or expert knowledge of addiction treatment.
Related Topics
Related Tags
alcohol
opioid
Don’t wait. Call us now.
Our admissions navigators are available to help 24/7 to discuss treatment.
Why call us?
Get addiction help now (24/7 helpline)We’re here for you every step of the way.